CWG: The games are over, let the reckoning begin 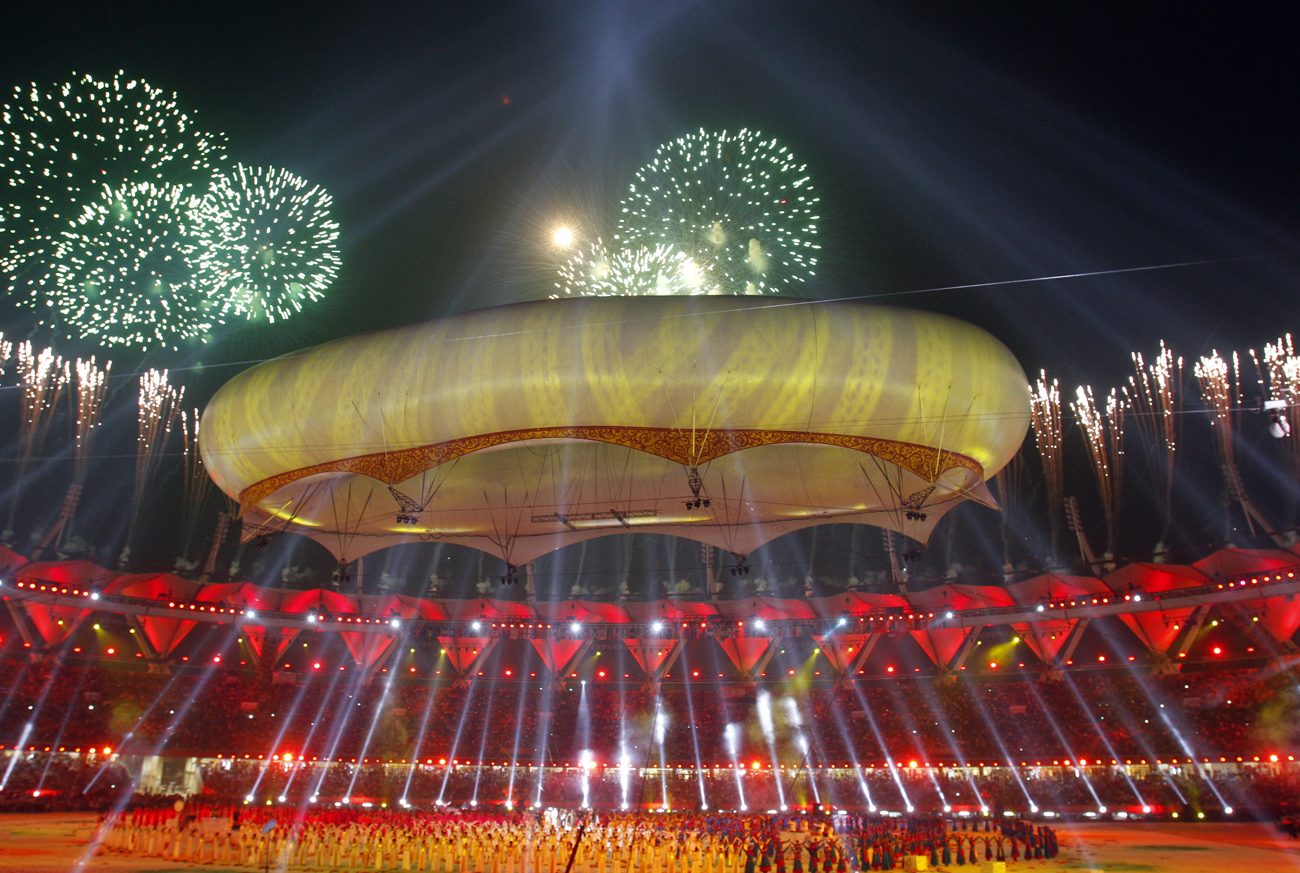 Like South Africans after the World Cup, residents of Delhi are experiencing mixed emotions at the close of the Commonwealth Games. The mood seems to swing between exhilaration (we did it, yeah!) and a more sombre tone (wonder when we’ll find out just how much it really cost us?). VRINDA MAHESHARI takes a temperature reading in Delhi.

The Commonwealth Games had been dubbed “the shame games” just two weeks before, and nasty jokes were being cracked about the organisation and handling of the event. Two weeks later, India is singing a different tune, with the Games going off with nary a hitch, and even bringing in the biggest medal haul in India’s Commonwealth Games history. Ticket sales were initially disappointing, but as the competition hotted up, the crowds flocked to see the competing athletes and sportspeople – an unexpectedly refreshing turn out in a nation which is generally crazy only about cricket.

India can certainly be proud of its team’s multiple achievements. The last day of the Games ended in a nail-biting finish: India was tied for the second position in the medal tally with England, with each country boasting 37 gold medals. In one of the last events of the competition, ace badminton player Saina Nehwal won the gold medal, propelling India to the second spot behind Australia. It was the best performance by far by Indian athletes and players in Commonwealth Games history, as they scooped up 38 gold, 27 silver and 36 bronze, for a combined total of 101 medals. Radio shows cracked cheesy jokes about India’s great 38-27-36 figure all day, but this mirrored the general mood, or – more correctly – one part of it.

The other view isn’t quite so cheerful. Many people have criticised the Games as being a useless waste of money, and said that the billions of rupees spent could have been better used in developing sports infrastructure in the country. Good point, but an academic one: considering Delhi did host the Games it would have been nice if all the money thrown at making them happen had been spent responsibly and transparently. Yeah, right.

Accusations concerning corrupt organisers and mismanaged funds were largely ignored in the period directly before the Games, and while they were taking place. The priority was to ensure that they took place in an efficient, safe and timely manner. Of course, there was also the matter of trying to save national prestige by avoiding bad press.

But that doesn’t mean that the corruption has been forgotten; the loud boos that met organising committee chairman Suresh Kalmadi during the opening and closing ceremonies are a testament to the fact that the furious public are not going to let him get off likely. And the opposition party BJP doesn’t look like it’s about to let the government brush the matter under the carpet, either.

BJP spokesperson, Prakash Javadekar said the party will look into allegations of corruption, mismanagement and delay in the Games. The government has been more truculent. External affairs minister SM Krishna, when asked if the charges of corruption will be pursued, was typically vague: “Success of Games is one side of the story but natural corollary will be followed. The government will follow it up.” As well as the organising committee, and the union government in Delhi (headed by the unforgettably named Sheila Dikshit), the union urban development ministry and several government organisations were also involved in the CWG.

One potential upside of the games is a boost to India’s attractiveness to foreign investors. V Ravichandar from Feedback Consulting told Reuters that: “The Games were really a metaphor for investment in India. It wasn’t a smooth ride but there was a happy ending.” And this shows on the bourse as well: the blue-chip Bombay Stock Exchange Sensex was at a three-year high during the event. So far in 2010, India has attracted about $21.4 billion in foreign investments, and a third of that has been after September.

Whether the Games will have a long-term impact on the financial markets is yet to be determined. Delhi is facing a rude bump back to Earth now that its 14 days of fame is over. After the initial euphoria of hosting a Games that surpassed expectations dies down, those little – and not so little – voices demanding investigations into corruption look likely to become just a bit louder. Maybe the fun and games aren’t over yet, after all. DM

Photo: Fireworks explode over the Jawaharlal Nehru stadium during the Commonwealth Games closing ceremony in New Delhi October 14, 2010. The closing ceremony brought down the curtain on 12 days of sporting action at the $6 billion games for 71 mostly former British colonies. REUTERS/B Mathur.