Does South Africa have hipsters? 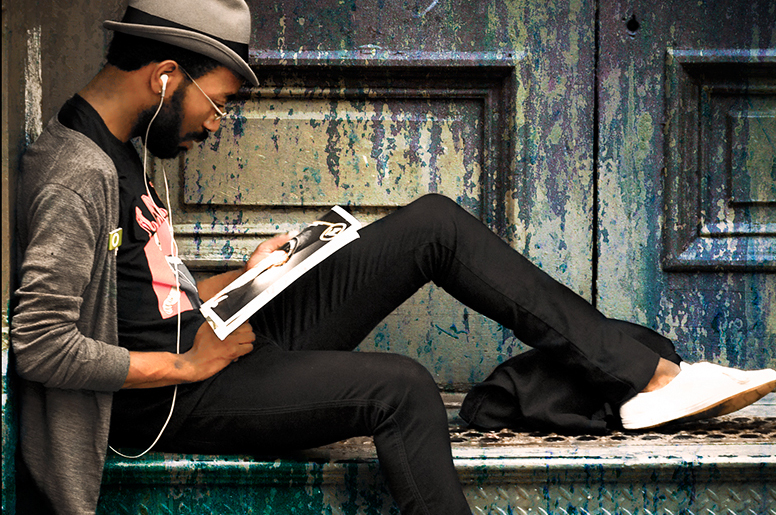 They’re abhorred in cities from New York to Toronto to London, so much so that blogs have sprung up all over the Web with the sole purpose of ridiculing them. Book publishers and newspapers have caught onto the phenomenon too, and are keen to get to the source of the hatred. But are hipsters a problem South Africa should worry about? By KEVIN BLOOM.

I was told they could be found in an area called “Queen West”. I was told this by a writer, a friend of mine, whose hatred of them was all-encompassing. It was April, and I was in Toronto for a week, staying on his couch. Every day he’d mention them, these people that he hated. He’d be eating his muesli and reading the National Post, and all of a sudden he’d swear – the imprecation, followed by the fascinating word, and then he’d turn the page. Or he’d be next to me on a seat in the streetcar, and out the window he’d spot one – the imprecation, followed by the fascinating word, and then he’d carry on with the conversation. Or we’d be in a bar, and a pair would walk in – same thing, and then he’d call for another beer. By the end of the week I was hanging out in Queen West just to observe them. I learnt how to identify them by the cut of their jeans (skinny) and the colour of their bicycles (cream). I learnt how to judge them, leer at them, dismiss them. I learnt what my friend meant when he said, “Fucking hipsters.”

According to the website hipsterhandbook.com, the definition of the type is as follows: “One who possesses tastes, social attitudes, and opinions deemed cool by the cool. (Note: it is no longer recommended that one use the term ‘cool’; a hipster would instead say ‘deck.’) The hipster walks among the masses in daily life but is not a part of them and shuns or reduces to kitsch anything held dear by the mainstream. A hipster ideally possesses no more than 2% body fat.”

Once, long before they used words like “deck,” it appears that hipsters actually were cool. In the 1950s, a decade after the noun entered the English language – it is thought to have origins in the word “hop,” which is slang for opium, although it initially referred to people who like jazz – Jack Kerouac called them “characters of a special spirituality.” Later, Norman Mailer would immortalise them in his seminal essay “The White Negro,” where he wrote that to be an American hipster was to “divorce oneself from society, to exist without roots, to set out on that uncharted journey into the rebellious imperatives of the self.”

But that was then. The contemporary hipster is a much-maligned character, a person loved only by others of the type, a person – according to Time magazine – who wears t-shirts with silkscreened quotes from movies you’ve never heard of. And worryingly, while everybody would’ve preferred that this character stayed in his or her native country, in the last few years he/she has left the country of Downtown Manhattan for other countries, like Queen West and Hackney

On Thursday 14 October, the Guardian newspaper acknowledged the problem by running an article under the header “Why do people hate hipsters?”. Taking as its entry point the explosion of hipster-hate blogs in the UK, the piece sought to understand the root cause of the animosity – and already in the opening paragraph suggested that powerful sound systems, Ray-Bans, deep-cut v-neck T-shirts and tight jeans might have something to do with it. As the first port of call the piece referenced the blog known as “Hackney Hipster Hate,” carrying a picture from the site of two London hipsters captioned by the following: “Shitters, my ironic Afro’s got tangled in my wayfarers.”

Helpfully, the article provided some context: “Though it began in a moment of sleep-deprived abhorrence, Hackney Hipster Hate now posts images of fashionable east Londoners accompanied by a scornful commentary. The site has become one of an increasing number dedicated to vilifying fashionable twits who appear to care more about the next big thing than the welfare of their fellow man. Got slimline jeans, tattoos, a headband and a fixed-wheel bike? Then perhaps turn away now.”

Further down, for the readers who hadn’t turned away, the article then referenced a forthcoming essay collection entitled What Was the Hipster?, and provided three definitions from the book, the second of which goes thus: “Followers of a certain… culture, which revels in a childlike naivety; the films of Wes Anderson, the early books of Dave Eggers, and the twee indie pop of Belle and Sebastian are all mentioned.”

So now that we have a better idea of what the hipster is about – more or less, because it’s a fluid category, a you’ll-know-one-when-you-see-one type of thing – The Daily Maverick can get to the question that appears at the top of this article: does South Africa have them? This writer hasn’t heard anyone using the word “deck” instead of “cool,” and assumes that in Johannesburg a person might be decked for trying, but that doesn’t mean they’re not out there. Do they shop during the week at 44 Stanley Avenue? Do they buy fixed-wheel bicycles from that place in Greenside? Are they in Cape Town?

Your own responses to the query are welcome. DM

Read more: The Hipster Handbook, “Why do people hate hipsters?” in the Guardian.