BMW M3 Frozen Edition: Drive it like you stole it!

BMW M3 Frozen Edition: Drive it like you stole it! 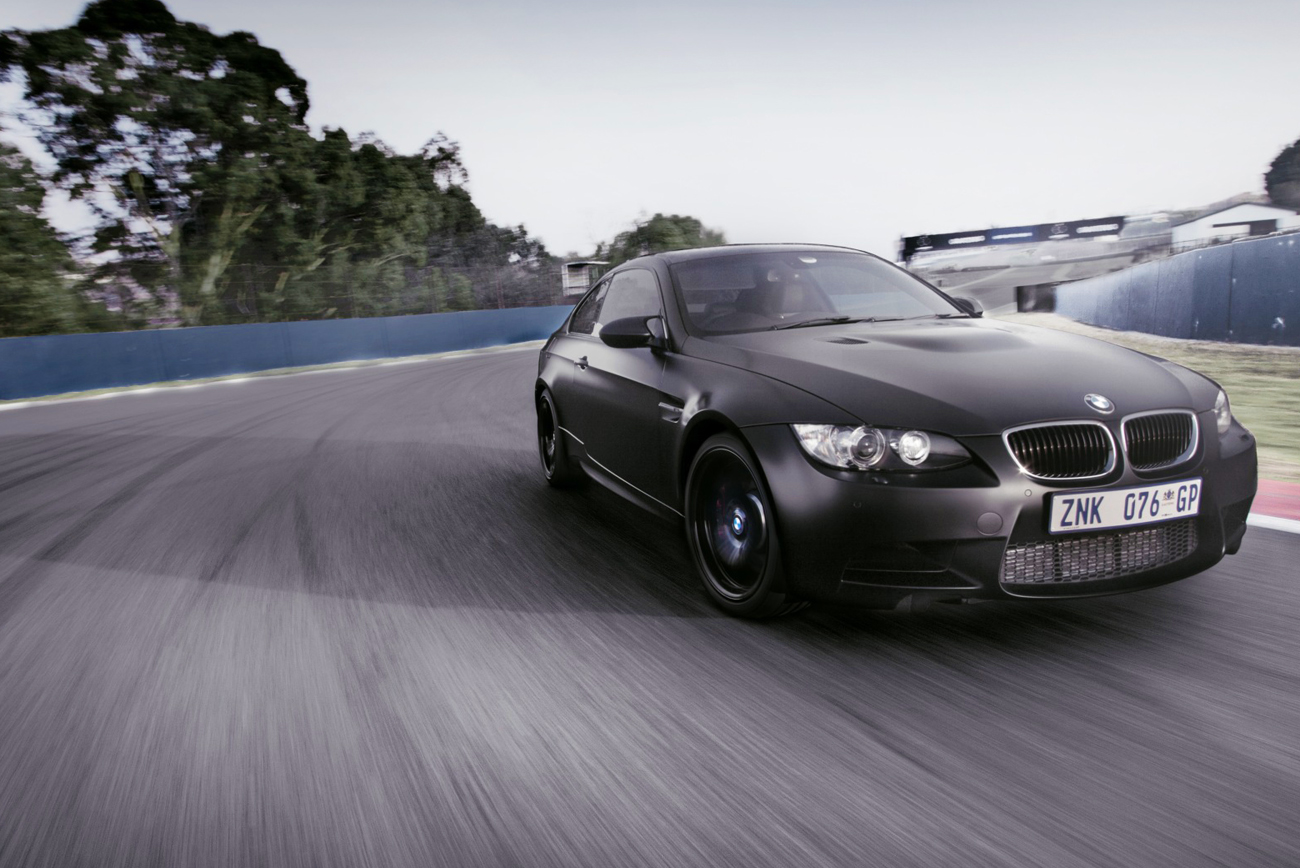 “I’ve been listening to you driving that thing,” my neighbour says. And I’m immediately aware of the deep, throbbing growl that is the black monster’s exhaust note. It suddenly seems impossibly, intrusively loud. But no, I’m not about to get a tongue lashing. “ I like it,” he adds, almost wistfully. “And you,” he says, with just a hint of a smile. “You drive it like you stole it ...” By DEON SCHOEMAN.

That’s the thing about the BMW M3 Frozen Edition – it earns praise and admiration from the most unlikely and unexpected quarters.

Take my long-suffering wife, for instance. In the more-than-20 years I’ve been reporting on cars, she’s seen some wild machines parked in our driveway. And almost without exception, the noisy ones have been dismissed with a frown and a curt shake of the head.

But this limited-edition M3 – all sinister in its matt black apparel, crouched on its dark-hued wheels and fat, low-profile rubber – has been given the thumbs up. And it’s the noise the Bavarian two-door makes that’s one of the core reasons behind her affinity for the beast.

It starts with an almost primeval growl that rises from somewhere deep down in the very bowels of the car. You can actually feel it gathering momentum through the red-stitched hide of the bucket seats, just before the first, rude bellow from the four exhausts bursts into the still morning air. You know you shouldn’t blip the throttle, but you do so anyway. It’s like firing a gun: the percussive, metallic “blat-blat” seems to bounce off walls and buildings, leaving an echo that repeats from every direction. Car alarms go off. Dogs bark. Children start crying. Yes, it’s that kind of car..

BMW South Africa commissioned the Frozen Edition version of the M3 Coupé when it became clear that the M3 GTS would not be a viable proposition for our market. The GTS, of which only 150 are being produced worldwide, is a stripped-out, souped-up track day special – but it would cost more than two big ones here.

For slightly more than half of that, the Frozen Edition also offers extra lashings of power and torque, but links that to an infinitely more comfortable, better-equipped cabin, a lower and harder suspension, 19-inch wheels – and the loudest exhaust note this side of a fighter jet.

The extra urge comes courtesy of a re-mapped Electronic Control Unit, together with a new intake manifold, and that straight-through exhaust. And yes, it’s quicker than a standard M3 – although the real differences are much more visceral than the statistics would suggest. The Frozen Edition is offered in matt black or matt silver – a finish that sounds awful, but looks gorgeous in reality. That BMW’s head of design, Adrian van Hooydonk, drives an M3 finished in the same matt silver underscores its aesthetic value.

Appearances aside, it’s the driving experience dished up by the Frozen Edition M3 that leaves the most lasting impression.

It takes two or three kilometres of circumspect trundling along after start-up before the oils and fluids  reach their rated temperatures and the M-DCT gearbox sheds some of initial, clunky action. But once this limbering-up process is over, there’s no more waiting: You can plant that throttle. The result is best described as a total aural assault. The sound system might as well not be there, because this M3 makes enough beautiful music of its own. And not just beautiful; bloody loud, too!

That menacing, deep-bowelled growl at idle becomes an insistent, hungry bark with a sharp, metallic edge as the revs rise. Keep the loud pedal hammered to the firewall, and the bark becomes an angry wail that attacks the senses. It’s not just the sound of a car driven with vigour: it’s a declaration of war.

In dynamic terms, the M3 Frozen Edition is well-equipped for a performance conflict. At 330kW, the engine output is 21kW higher than the standard M3’s maximum. The torque shove has been upped to, and now peaks at 420Nm, versus the normal car’s 400Nm.

The real-world differences aren’t massive though: the Frozen will slash about a second off the standard M3’s 4,6 second 0-100 sprint time, while top speed remains electronically governed to 250km/h. I have it on good authority, though, that without that electronic nanny, the Frozen would run to 290km/h …

The suspension remains unchanged – a pity, because a slightly firmer ride and even lower stance would have suited the hardcore character of the Frozen. Not that there’s anything wrong with the normal M3 set-up. The electronic dampers can be firmed up at the push of a button anyway. And the 19-inch wheels and fat-footprint Michelin rubber deliver loads of grip.

You want hardcore? Sure; switch off the electronic stability control, select the sharpest throttle map and steering settings (yes, they’re adjustable), and choose the hardest damper position. Then, summon all your courage, and try to control the beast – ideally around a race track.

The M3 Frozen is surprisingly predictable in this guise, progressively letting the rear slide wide as the grip becomes compromised, and happily heeding the call of both throttle and steering to keep matters in finely balanced control. But it’s the accompanying soundtrack that makes the experience really special. Every blip of the accelerator delivers throaty confirmation of the driver’s actions. Give it welly, and the M3 responds with a wail of sheer, spine-tingling joy. How can one not be passionate about a car like this!

The cockpit suits the rest of the BMW’s persona to a tee. The all-black cockpit is a mix of leather and carbon-look finishes, with crimson stitching providing the only relief from the otherwise monochromatic treatment.

The list of standard kit is in the full-house league – and it should be, given the car’s one bar-plus price tag. Climate control, satnav, electrically adjustable sport seats, Bluetooth, cruise control, trip computer, central locking … this is certainly no bare-bones machine.

For the record, the BMW M3 Frozen Edition costs R1,18 million. Only 25 will be produced. And most are already spoken for.

But let’s face it: Buyers of the BMW M3 Frozen Edition won’t be too concerned about the price, the luxury trimmings or even the rarity value. There’s only one reason to have one of these in your garage: that gut-wrenching, ear-blasting, neighbour-annoying, oh-so-gloriously beautiful noise!

Oh yes, and my neighbour says he doesn’t mind if I buy one – he likes the noise, too! DM

You can reach Deon Schoeman on [email protected]