Booker 2010: Galgut fails, but who said the novel’s dead? 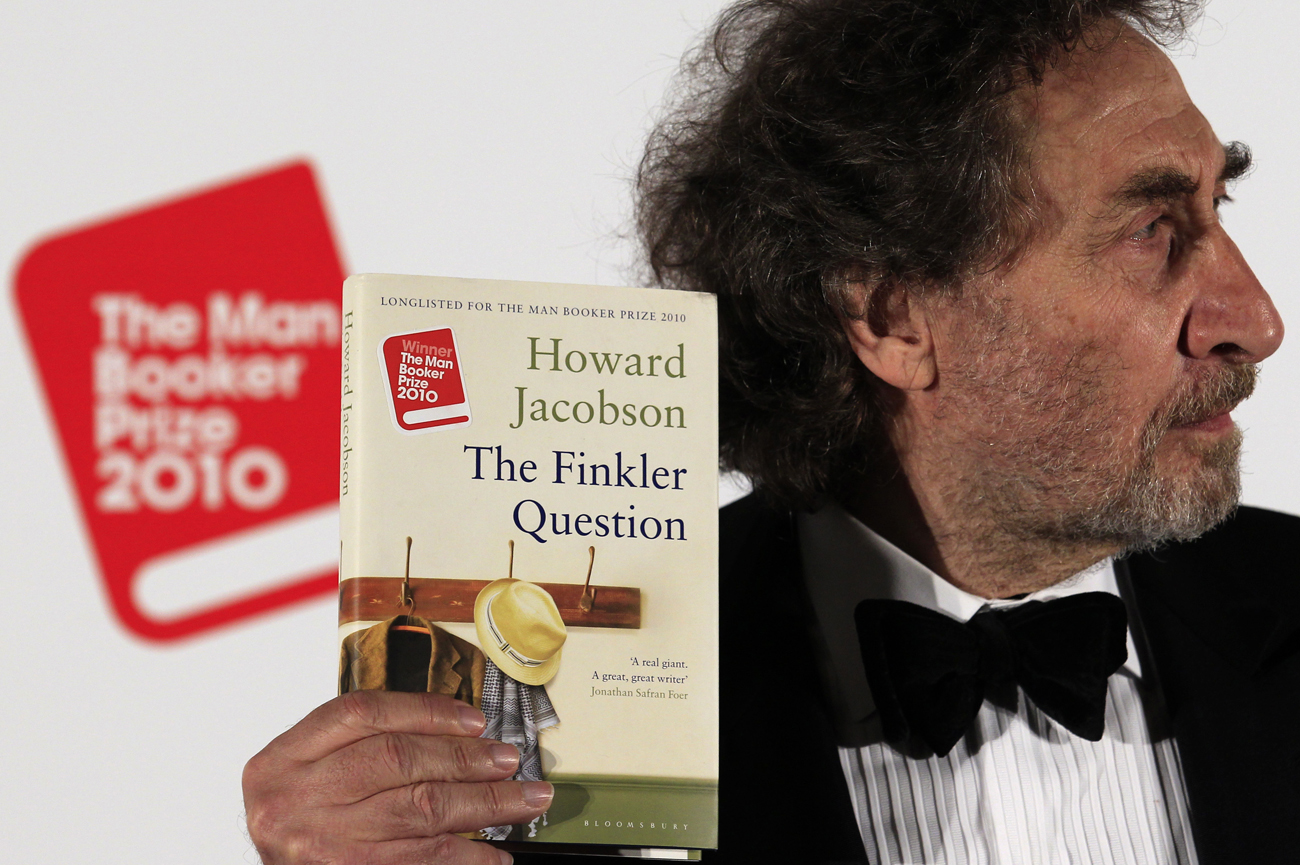 The judges of the 2010 Man Booker Prize broke South Africa’s heart on the evening of 12 October, when they forgot to give the winner’s cheque to local novelist Damon Galgut. Still, the awards ceremony was beamed live to millions of people around the planet, which is not a bad outcome for a writing competition. So some of us will read Howard Jacobson’s The Finkler Question anyway. By KEVIN BLOOM.

The status of the Man Booker Prize as a mainstream cultural event was confirmed on Tuesday night, with the BBC broadcasting live coverage of the awards ceremony to homes across the English-speaking world. There, for a literature competition, were the cameras and the lights and the experts – Guardian literary editor Claire Armitstead and former Booker chair of judges Michael Portillo, both dressed for the ball, both evincing the sort of excitement and nervous expectation traditionally reserved for the deciding day of a major sports tournament. But again, because on many levels it is strange enough to bear repeating, this wasn’t St Andrews on the back nine on Sunday; this was an event where the winner would be announced from amongst a shortlist of six books. Books! The novel, apparently, is far from dead.

Of course the South Africans tuned to BBC News last night hadn’t gathered to celebrate the revival of an ailing story-telling form. They had come to the channel to cheer for their man, Damon Galgut, whose novel In a Strange Room was second-favourite at the British bookies when betting closed on Tuesday. In the ten weeks since Galgut’s name had appeared on the shortlist, he’d been compared time and again to JM Coetzee – whether the comparison was appropriate or not, a win would bring his international reputation closer to the master’s level. If Andrew Motion, Britain’s former poet laureate and the 2010 Booker chair of judges, stood before the world and announced that Galgut was the choice, South Africa would have a third writer (Nadine Gordimer being the second) it could legitimately call “Great”.

Armitstead, for her part, didn’t think it was going to happen. She told the BBC interviewer that In a Strange Room struck her as the most “beautifully written” of the six books, but that ultimately it wasn’t a work of fiction. The book is non-fiction, she said, a memoir with “Damon” as the lead character – and the manner in which she said this suggested that the fact might kill Galgut’s chances. The discussion moved on, comparisons to Coetzee’s precise writing style were once again made, and a few minutes later the cameras panned to the stage in the main banquet hall. The winner, Motion said, was Howard Jacobson for The Finkler Question.

Hillary Mantel, who won the 2009 Booker for her novel Wolf Hall, has described what it’s like to be shortlisted for a literary prize and to lose. “After I didn’t win,” she wrote in a recent piece for the magazine Intelligent Life, “I came out into the fine light evening and hailed a cab. What I felt was the usual flatness after a wasted journey; I told myself I hadn’t really expected to win this one. But as we inched through the traffic, a reaction set in. I was swept, I was possessed, by an urge to do something wicked: something truly odious, something that would reveal me as a mistress of moral turpitude and utterly disqualify me from ever being shortlisted for that prize again. But what can you do, by yourself, in the back of a taxi on the way to Waterloo? Wishing to drain the chalice of evil to the dregs, I found myself out of ideas. I could possibly lean out of the window and make hideous faces at pedestrians; but how would they know that it was my hideous face? They might think I was always like that.”

Mantel was writing about a “small” prize in the above paragraph, a “low-key gathering at an old-fashioned publishing house near the British Museum.” How much more overpowering might the urge to pull faces have been had the passage focused on a Booker loss, especially if, like Galgut, it was her second time in the loser’s enclosure? No-one knows what Galgut is feeling today, although it’s a given he isn’t feeling good (an aside: after I failed to win the Alan Paton Award this year, remarks like “at least you were shortlisted” did more harm than good, and I suspect they were sometimes supposed to). South African supporters of Galgut won’t be feeling good either, which is as it should be, because In a Strange Room is a remarkable book – one that could easily have taken the £50,000 prize under a different crop of judges.

But then what does it feel like to win? Mantel wrote about this too: “For a week or so, after I won the 2009 Man Booker prize for fiction with Wolf Hall, people in the streets did recognise me. They’d seen my triumph face, my unpretending grin of delight stretched as wide as a carved pumpkin. Sometimes they would burble happily at me and squeeze my hand, and sometimes they would just smile warmly as they passed, not quite sure who I was but knowing that they’d seen me in the paper, and in a happy context. On the train home one evening, a pale glowing woman with a Vermeer complexion, alighting prosaically at Woking, followed me through a carriage and whispered to me, leaving on my shoulder a ghost-touch of congratulation. All this was new to me. Before the Man Booker, I had trouble being recognised by a bookseller when I was standing next to a stack of my own books.”

Today, when Jacobson goes for a walk in London, he will have a similar experience. Before, if he told people he was a writer, they might have said, “As in, books?” – from today, these same people will know that he wrote the novel that won the Booker. His sales will soar and his financial situation will drastically improve, with back editions of his earlier novels (there were ten before The Finkler Question) finding renewed life at the stores. He will discover that the New Yorker magazine, in an unfortunate fit of parochialism, has called him the “British Philip Roth” (“Darkly funny! Obsessed with Jewish identity! Dysfunctional relationships with women!”) and that newspapers across the world are carrying his picture.

He will also one day learn that readers in South Africa, most of whom wanted Galgut to win the prize and so waited weeks to get over the disappointment, finally succumbed to curiosity and temptation. With “2010 Booker Winner” on the cover, they would have found it impossible not to buy his latest novel. DM

Photo: British author Howard Jacobson poses with his book “The Finkler Question” after winning the 2010 Man Booker Prize for Fiction at the Guildhall in London October 12, 2010. Jacobson was the surprise winner of the Man Booker Prize on Tuesday for “The Finkler Question”, the first comedy to scoop one of the English-speaking world’s most coveted literary awards. REUTERS/Luke MacGregor.