Um, if we get ET on the line, what will we say?

Um, if we get ET on the line, what will we say? 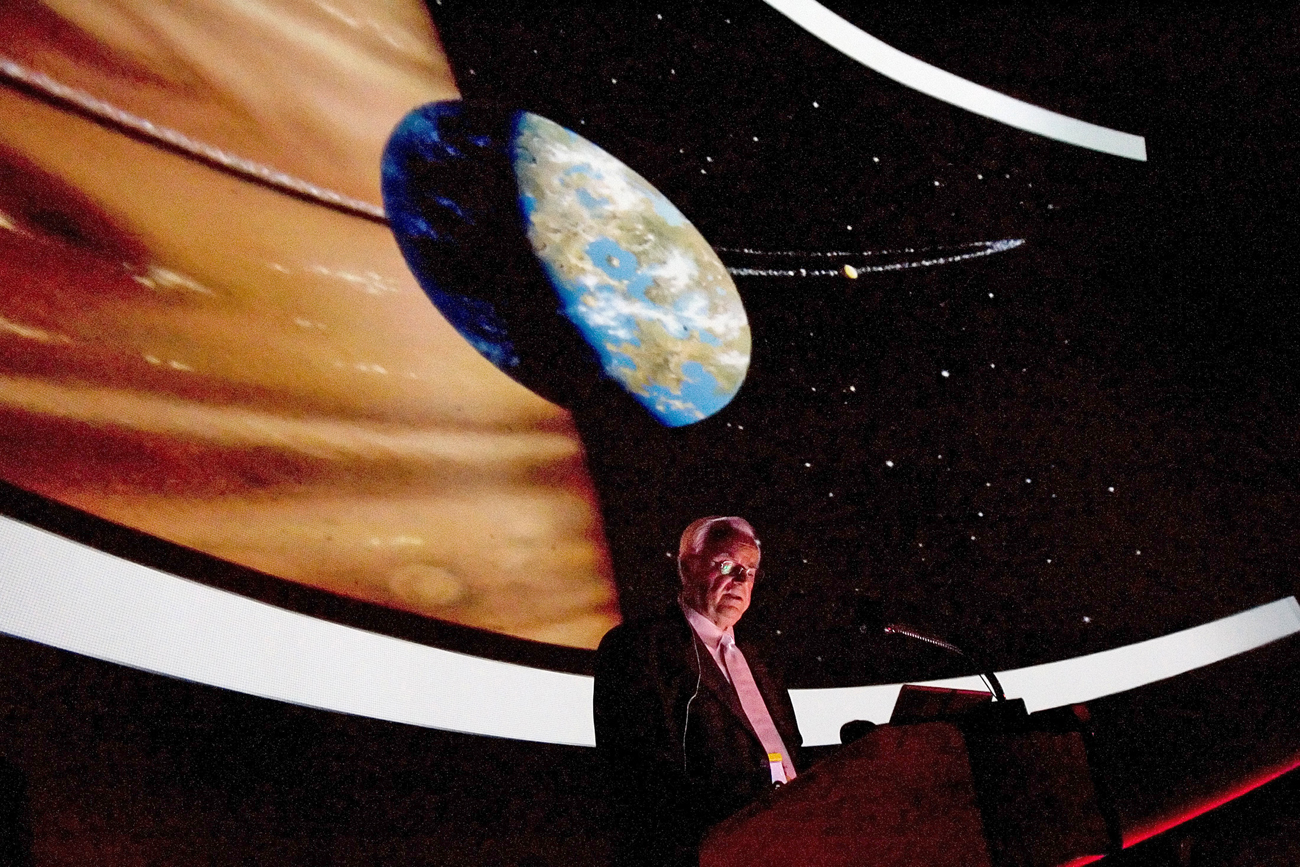 Finding conclusive proof of extraterrestrial neighbours has been an ardent hope since space exploration first took off. But, of course, extraterrestrial contact can’t be contemplated without a whole set of rules about who chats to the aliens, what they’re allowed to say and whether we should be sending out messages at all. You know, like in every good bureaucracy.

None other than Stephen Hawking recently warned against contacting extraterrestrials, saying it would be a dangerous enterprise since aliens could be “nomads, looking to conquer and colonise”, as opposed to benign, harmless or inferior creatures. Michael Michaud, the former chairman of the International Academy of Astronautics (IAA) Search for Extraterrestrial Intelligence (Seti) group, agrees. On the other side of the galactic fence are current IAA Seti chairman Seth Shostak, and Alexander Zaitsev (chief scientist at the Kotelnikov Institute of Radio Engineering and Electronics), who argue that radio and other signals that we send out into space are already detectable by aliens anyway, so the debate is merely academic.

The possibility of discovering alien life forms has fascinated humans ever since the first spacecraft was launched, and recent scientific discoveries and improvements in technology have spurred the race on. For example, the Allen Telescope Array (a bunch of radio telescopes constructed specifically for Seti) will dramatically increase the rate of exploration of star systems. Advances in astronomy should also help us narrow down on a number of habitable planets, instead of blindly looking for leads.

More and more people believe that the truth is, in fact, out there, and there is increasing debate about how we should deal with it. In September there was great excitement over speculation that Mazlan Othman, the director of the UN’s Office for Outer Space Affairs would be appointed Earth’s “alien ambassador”, meaning she would be the first point of contact if aliens manage to communicate with us. Unfortunately, the rumours turned out to be, well, not quite accurate. As far back as 1978, the UN General Assembly approved the establishment of an office meant to investigate extraterrestrial life, but the decision has still not been implemented.

More germane, the Seti subcommittee at the International Academy of Astronautics, basically a lobby group, has established a protocol about what response to take if alien signals are received. On 30 September, the IAA’s Seti permanent study group announced in Prague that it had created new guidelines on how to handle official earthling contact with extraterrestrials. According to the new standards, if the extraterrestrial contact is verified by due scientific procedure, the conclusion has to be reported fully, openly and completely to the scientific community, the public and the secretary general of the UN.

Watch: We are really, truly, genuinely insiginificant, as this clip from Contact amply shows.

Never mind sitting around and waiting for the aliens to call us, how about picking up the “telephone” ourselves? Meti, that is, messaging extraterrestrial intelligence, has for long been a contentious topic. On 4 October, at a Royal Society meeting at Chicheley Hall in Britain, the debate over Meti was reignited. The people who argue against sending out such signals say that doing so would make us sitting ducks for any advanced and violent species out there. They hypothesise that contact could lead to a situation like in the film Independence Day, in which aliens want to destroy humans and use the Earth for their own good. Such proponents feel that sending out any radio signals should only be done after taking into account international consensus on the matter.

Others, such as Zaitsev, disagree, saying humans have a moral obligation to signal their presence here. The point is moot, they argue, since radar astronomy which is used for planetary probes, already gives off signals that can be picked up by hostile parties, as in fact do radio and television stations. Zaitsev has already used Evpatoria, one of the most powerful radio transmitters in the world to emit greeting signals to surrounding star systems. It seems like a scene right out of Carl Sagan’s “Cosmos”, with the young researchers intercepting the alien signals after “they” hear the first television signals that were broadcast to space – but believers live in the hope that this is not mere fiction.

Michaud, the former IAA Seti group chairman, resigned from his position in 2007, over disagreements about the morality of Meti. He feels that Meti is not a genuine scientific endeavour, but merely a way of provoking a reaction from aliens, and that wider consultation is needed on the topic. The current chairman, Shostak, feels that consultation is overrated: it is just a means of shifting the blame in case things go wrong. The attitudes of the two reflect a growing rift in the Seti community; the level of moral responsibility to be taken when sending out signals, and the significance thereof, is disputed.

Intergalactic messaging cannot realistically be controlled or monitored and having consultations about sending out “approved” messages to extraterrestrials will soon be a redundant topic. Scientists say that if aliens are advanced enough to use techniques like gravity shifting, they will already be able to see light from Earth, which would make the discussion largely academic.

Another facet to the debate is that we assume aliens to be like us – an anthropocentric point of view. As Lord Martin Rees, a leading astrophysicist and cosmologist, astronomer to Queen Elizabeth II and president of Britain’s Royal Society, recently said: “The problem is that we’re looking for something very much like us, assuming that they at least have something like the same mathematics and technology. They could be staring us in the face and we just don’t recognise them.”

Of course, the possibility that the aliens have long ago discovered Earth – and chosen not to contact us – can’t be discounted. Maybe they watched District 9. DM