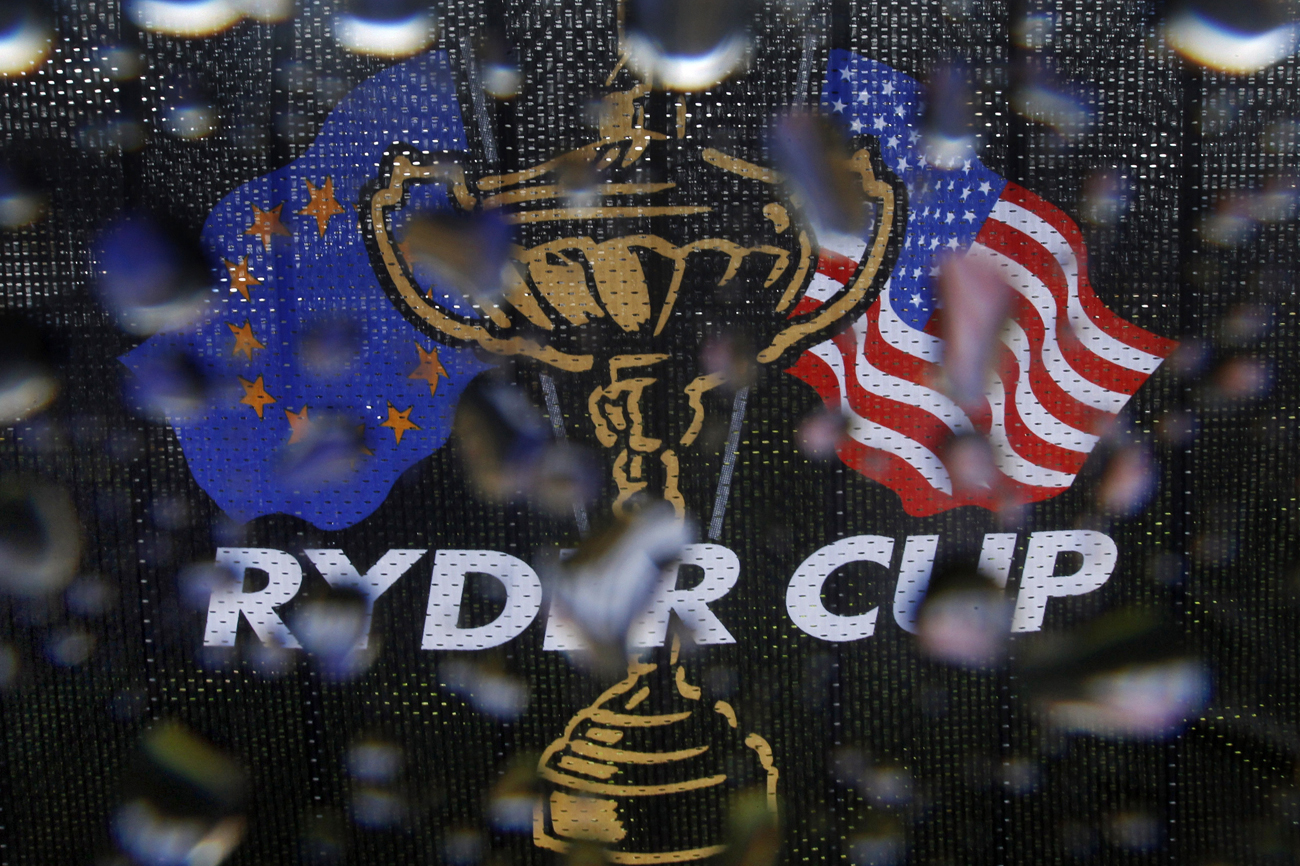 At the 1999 Ryder Cup in Brookline, Massachusetts, fans of the American team were so rude to Colin Montgomerie that his father had to leave the golf course. But 1999 was the last time that Monty (known to the charming Americans as Mrs Doubtfire) was on a losing Ryder Cup team. His record as a player for Europe is one of the best in the Cup’s history, and as 2010’s non-playing captain he’ll want to teach the yanks another lesson. By KEVIN BLOOM.

The Americans call him Mrs Doubtfire, a nickname that The Independent newspaper included on its list of the cruelest in sport – along with “Psycho” for England fullback Stuart Pearce, “Sicknote” for England winger Darren Anderton, and “The Eagle” for Britain’s first Olympic ski jumper Eddie Edwards (who finished stone-last in both his events at the 1988 Winter Olympics). In Colin Montgomerie’s case the nickname was particularly cruel, however, because as a sportsman he was easily the most accomplished on the paper’s dubious list. He won a record eight European Tour Order of Merit titles, and his career high world ranking for his sport was second. Still, after Phil Mickelson finally triumphed at the 2004 US Masters, Montgomerie inherited the mantle of “the greatest golfer never to have won a major”. Watching him fail at the 2006 US Open – he double-bogeyed the final hole after standing on the tee with a one-stroke lead – was almost unbearable.

Today, as Montgomerie captains the European Ryder Cup team in the first day of play at Celtic Manor in Wales, his American tormentors will be hoping he once again “chokes” like he did so many times on the final stretch of a major championship. Because Mrs Doubtfire, they’ll know, has never miscued at the Ryder Cup – his eight appearances as a player yielded no losses in the singles competition, and his aggregate points tally of 23½ is only 1½ behind the record-holder Nick Faldo. As a Ryder Cup competitor, Montgomerie is one of the best in history.

This year’s United States Ryder Cup team captain, Corey Pavin, has nowhere close to his opposite number’s pedigree – he only played for the team three times, in 1991, 1993 and 1995, and he has lost in singles competition (to Peter Baker). But Pavin does have a major championship to his name, the 1995 US Open, and from the way he’s going about psyching up his players for the 2010 competition, for him it’s clearly war. A decorated fighter pilot, Major Dan Rooney, was invited by Pavin to address the twelve-man US team; after his gung-ho speech, Rooney presented each player with a US Air Force standard issue A2 aviator jacket.

Needless to say, stunts like these are great fodder for European team supporters, and especially for the British press. As John Cassidy notes in the New Yorker: “Even before this latest caper, some Europeans regarded Pavin as something of an American kook.” His conversion from Judaism to hardcore born-again Christianity was never a move that non-American golfers quite understood, and his active membership of the PGA tour’s bible-study group didn’t win him many non-believing friends on or off the course. His wife can be a bit odd too, as far as the Europeans are concerned.

Observes Cassidy: “Lisa [Pavin], a pretty Vietnamese American who refers to herself as ‘the Captainess,’ recently appeared on the cover of a golf magazine clad only in a small red-white-and-blue sheet. She helped to design the rather strange-looking U.S. uniforms, which the British press has wasted no time in mocking. ‘The arrival of the US team at the Ryder Cup this week resembled an invasion of science teachers, lost in time and space after an experiment went wrong back in 1977,’ commented Hannah Betts, a fashion writer on the Daily Telegraph. ‘Boxy jackets, Travolta trousers and – please God, no – are those slip-on shoes?’”

Again, it really is war. And the statistics make it a relatively even match-up. America has nine players in the world top 20 on its team, Europe has seven. America has five rookies (first-time Ryder Cup players), Europe has six. Two of America’s top players, Tiger Woods and Phil Mickelson, are out of form; two of Europe’s top players, Padraig Harrington and Lee Westwood, are out of form. Also, while the European team has the homeground advantage and more experience playing in the wet conditions that Celtic Manor is almost sure to dish up, they have the disadvantage of not being the current titleholders – recent history has shown that it’s easier to defend the Ryder Cup than to wrest it back.

If there’s anything that should tilt the odds slightly in Europe’s favour, it’s Captain Montgomerie. At the Ryder Cup, unlike at the majors, he knows what it feels like to win. Between 1995 and 2006, when Mrs Doubtfire was infuriating the Americans by shooting straight and true, Europe won five of six Cups. “The only loss came in 1999 in Brookline, Mass.,” observes the New York Times, “when the Americans roared back on the final day with the help of boisterous fans, some of whom yelled unprintable things at Montgomerie and caused his father, James, to leave the course.”

Guess which team I want to win in Wales this weekend. DM