Analysis: Gwede 'Mantashiavelli' at his best

Analysis: Gwede ‘Mantashiavelli’ at his best 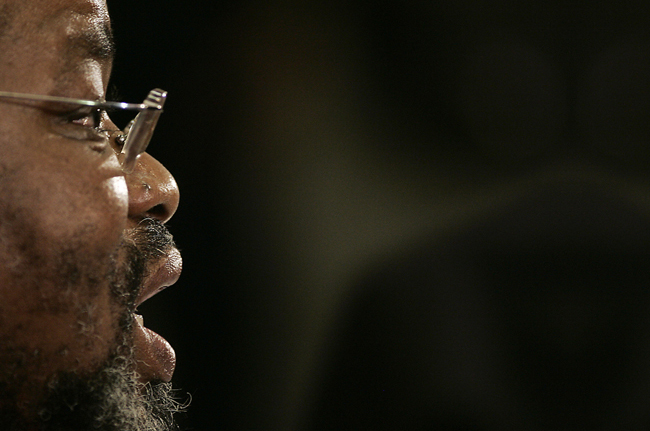 Gwede Mantashe was at his most Mantashiavellian on Wednesday. It was one of those speeches that shouted at unions, praised them to the skies, shouted at the media, gave them space, shouted at the DA, well, he shouted about the DA, and then there was the real political story: What will Vavi's next job be? By STEPHEN GROOTES.

While he no doubt would pooh-pooh it as a just a media fantasy from the same quarters as those who “predicted an NGC that would see the ANC at war with itself, with the Youth League”, we can’t help but feel he’s using ANC code again. Mantashe started his address to the Nehawu Conference with all the usual stuff. He was about two thirds of the way through (41 mins and 03 secs according to this reporter’s trusty Marantz Professional) when he became interesting. And not just interesting. Downright bloody intriguing. He was dusting off his best Marx and quoting about how trade unions were the schools of communism. About how people from trades union were the people who needed to learn about it, and then go out into the world and make themselves a living sacrifice to the cause.

Then he broke into Xhosa and exclaimed that the people in the room, the Nehawu delegates must make this man (he pointed rather theatrically to Zwelinzima Vavi) run, be deployed in 2012. Once this had been explained to to your Mlungu Marantz user, you can imagine how his heart rate jumped.

But once we ambushed Mantashe, as he came down the stage (we had both exits covered, just in case), he put forward a different argument. He said what he meant was that the liberation movement had invested in this individual Vavi, and that if he was not available for re-election as Cosatu general secretary in 2012 (which is when Cosatu has its next leadership election, conveniently ahead of the ANC’s conference) then the party must deploy him. Of course, one’s first thought is to where? The top six perhaps? But no, Mantashe’s point is that he could be deployed to a farm, to a college, anywhere. It’s just that his talent, this investment, mustn’t be wasted.

Mantashiavellian indeed. The old medieval master would have been proud.

We’ve never seriously thought that Vavi and Mantashe oppose each other on any of the issues that matter. They seem to agree on the big issues, corruption, nationalisation, doubtless they share a view on Julius Malema. In public they disagree about where the centre of power lies, within the ANC by Mantashe’s version, in the alliance by Vavi’s version. But that’s just alliance semantics anyway.

But is this then Mantashe’s subtle way of punting Vavi for the ANC, for a top possie in 2012? It is a most curious thing for him to say, so publicly. And why was Vavi there anyway. He spoke on Tuesday, and sure, Nehawu is a big affiliate, but he doesn’t have to be there the whole time. Doesn’t he want to recover from the busy week that was last week?

Then there’s the mechanics of union politics to consider. That strand that runs through, the National Union of Mineworkers, you know the one whose former general secretaries first names are Gwede, Zwelinzima, Kgalema. For them, this would be a dream team, Motlanthe as ANC president, Mantashe ANC chairman, Vavi, ANC secretary general. Hell, even the SACP could live with that. (You forgot the guy called Cyril. – Ed)

Of course, it’s unlikely to turn out like that. But this may be evidence that some people are thinking along those lines.

Vavi himself wouldn’t be drawn on the issue at all. He just said, again and again, and not on tape, that he couldn’t talk about ANC leadership issues.

Mantashe had plenty of other issues to touch on. He says the ANC’s NEC will take the responsibility of examining nationalisation seriously and will do the necessary work. He says unions must push the process of signing essential service agreements urgently to avoid the chaos of last month’s strike. He was quite interesting on the unions actually. He suggested that some of them weren’t doing their bit. Mantashe says that some people are asking why things could be better in the province run by the “recycled National Party”. He says unions in provinces run the ANC, who are “given space by the ANC…we must ask if they are doing all they can”. It’s an interesting point. It’s also quite revealing. Clearly, Mantashe is a little worried about how well the DA is doing at that old governance trick.

All in all, like Vavi, Mantashe is a man emboldened. He was on the side that won at the NGC, clearly these two are feeling more confident. This gives them more space to move. So we’ll watch their little dance with great interest. Mantashism could matter muchly soon. DM