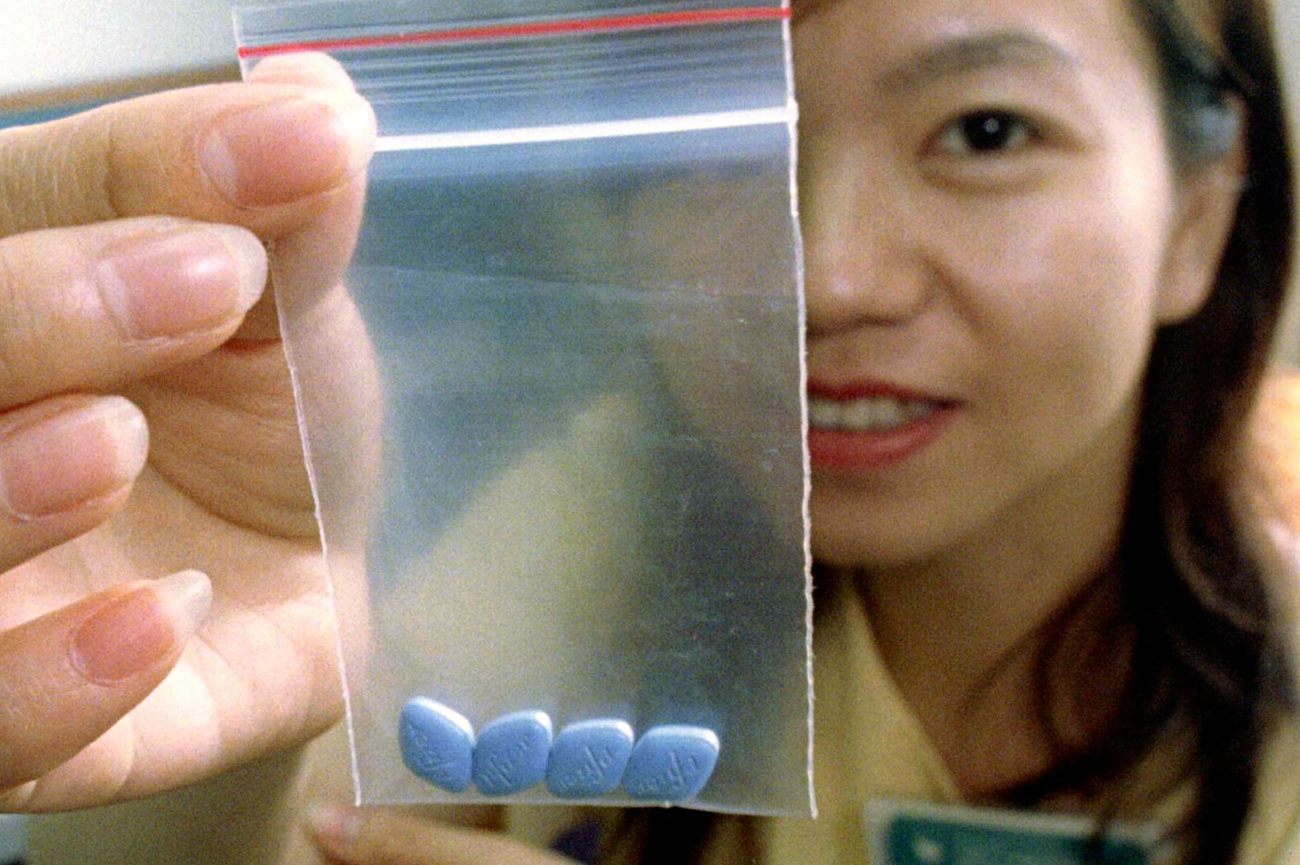 When one thinks of wonder drugs that serve multiple functions, Viagra doesn’t immediately spring to mind. But recent studies indicate that taking the little blue pill betters the performance of the chemotherapy drug doxorubicin, as well as reducing its harmful side effects.

Doxorubicin is a monstrously strong antibiotic that is currently used to treat a number of cancers. However, it is badly toxic, and can cause nasty side effects like oral infections, vomiting and nausea. Worse still, prolonged use has been associated with irreversible cardiac damage, which may even manifest many years after the treatment ends. So doxorubicin is used only in small doses, which greatly reduces its efficacy. Therapeutic protection for the heart against the drug’s toxicity has been sought for more than 15 years.

Which brings us to Viagra, or rather, sildenafil, which is sold under the brand name Viagra. The drug inhibits the enzyme PDE-5, which is responsible for controlling blood flow to the penis. When the enzyme action is inhibited by the drug, there is relaxation of the blood vessel walls, leading to increased blood flow to the penis. Interestingly enough, greater concentrations of PDE-5 have been noticed in several cancers (including lung, bladder, colon and breast cancers).

Rakesh Kukreja and his fellow researchers from the Virginia Commonwealth University School of Medicine and VCU Massey Cancer Center thought about linking the above two observations, and experimented on the effect of sildenafil combined with doxorubicin on prostate cancer cells. The team discovered that sildenafil increased the cancer-fighting effects of doxorubicin in both live mice and in human prostate cancer cells. It had no effect by itself, but when combined with doxorubicin, it resulted in increased cell death, and a decrease in tumour growth.

A number of in vivo and in vitro procedures were used by researchers to show that a doxorubicin and sildenafil combination increases production of a reactive oxygen species. This triggers apoptosis (more simply, cell death) in prostate cancer cells. The combination, however, had no harmful effect on healthy, normal prostate epithelial cells.

This is one of the first instances of preconditioning being used in a laboratory. The so-called preconditioning effect was modeled by pre-treating mice with sildenafil doses that increased their cardiac nitric oxide levels. ?
Findings published in the Early Edition of the Proceedings of the National Academy of Sciences journal showed that Viagra further protected the hearts of the mice from the side-effects of doxorubicin. Viagra has, in the past, been known to increase cardiac blood flow. Exisulind, which is another PDE-5 inhibitor, has also been found to reduce tumour growth in colon cells that have turned cancerous.

The Telegraph quoted Kukreja, who is also the scientific director of the VCU Pauley Heart Center, as saying that sildenafil would be a great addition to cancer treatment protocols. It could increase the anti-tumour effects of drugs, and at the same time protect the heart from the long-term and short-term damage caused by doxorubicin. The team is hoping that the research can be moved to the clinical trial stage at the earliest opportunity.

Viagra had also previously been found to have beneficial effects in treating cancer. A study published in the Journal of Experimental Medicine in 2006 found that Viagra cut colon tumour growth in mice by as much as 50% to 70%. It was proposed that this was due to the beneficial effect it had on the immune system, although the treatment had not yet been tested on humans at the time of the report. The team from the Johns Hopkins Kimmel Cancer Center had then theorised that sildenafil increases production of nitric oxide (NO), which is helpful in marking cancer cells. This leads to the immune system recognising and attacking them more effectively.

Naysayers who doubt whether Viagra can be called the wonder drug need only read its particularly strong curriculum vita: it purportedly hastens jet-lag recovery, increases incidence of orgasm in women suffering from depression, treats Crohn’s disease, increases the ability to counter altitude sickness and helps battle cellulite. Viagra is also marketed as Revatio for treating pulmonary hypertension, which is a rare but serious problem where there is high pressure in the blood vessels leading to the lungs. Research published by the Harvard Medical School suggests that Viagra might even help in cases of diastolic dysfunction or congestive heart failure.

Impotence drugs can’t cure cancer, but the effects they have when combined with regular immunotherapy or chemotherapy treatments mean that the moniker of “wonder drug” isn’t completely off. DM