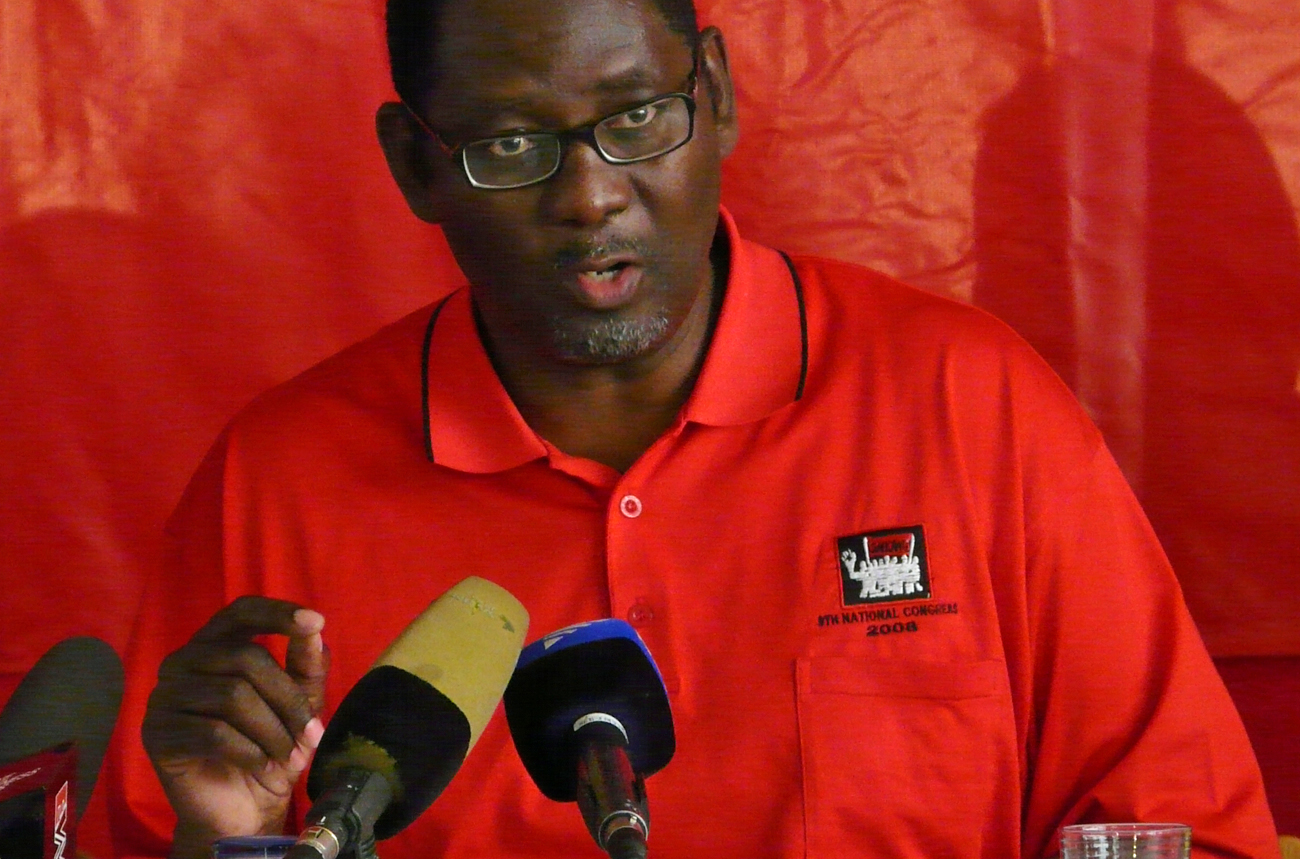 Zwelinzima Vavi stalked the main hall at Nehawu’s Conference on Tuesday like a prize fighter itching for the fight to start. Confident, poised, dozens of people queuing up to have a picture taken with their champion. All that was missing was a glitzy cape and the prostrate body of his opponent. But Julius Malema was very much there in spirit. By STEPHEN GROOTES.

Vavi is looking emboldened at the moment. He’s one of the guys who had a good NGC, and it shows. For months Cosatu has been getting closer and closer to shouting “thief” at some political figures. It started with the “political hyenas” and has gone a long way from there. Linked to this is the idea that the Youth League is pushing the mine nationalisation issue simply because it benefits some capitalists who have shares, and who are losing money at the moment and want a bailout.

Trevor Manuel has gone close to the edge in the his anti-nationalisation stance. At Friday’s press conference he said there was a situation where “some people get shares through BEE and then the platinum price falls and you find yourself in a difficult situation and you ask government to bail you out, and take money from health to do so, that cannot be what this movement stands for”. Vavi has now gone further. “Most worryingly has been the phenomenon where the real political hyenas use money and company shares to buy elements within the ANC Youth League and in other youth organisations to advance their dirty agendas.”

There, if you haven’t heard the message before, this is what it’s actually about. BEE capitalists wanting to be bailed out with our money.

But Vavi is feeling even braver, and has plenty of backing. And he senses the momentum is with him. “The time is coming where we would have to name and shame these real enemies of the revolution who mouth unity, but are hell-bent on destroying the cohesion of the liberation movement for their selfish ends.” This is getting exciting. He wants to drag the dark recesses of the ANC out into the open. He wants to pummel his opponent, to hurt the body, to get at the head. Once that’s exposed, out will come the uppercut, the knockout blow that will show the nation who’s really behind all of this nonsense.

However, it’s not going to be that easy. Vavi also warns that “blunders and a series of own goals by the leadership… could allow a return to the pre-NGC period”. That’s another of those coded messages that actually means “Zuma must really do his thang” and not cock it up.

So where does this leave the Youth League? Is it really being run by people who are taking money from hyenas to get their mines nationalised? No one has publicly brought evidence to say this is definitively so. But that doesn’t matter politically. Because already the idea has taken hold. Rightly or wrongly, the “left”, along with that architect of the 1996 class project, Manuel, have been able to make their point clear. Last week the SACP even went as far as claiming that Malema and company had been given the use of a mining company’s helicopter. It was all flatly denied, of course, but the point was made. And the enemies of the League (and let’s face it, there’re loads of them) will use this against it, and with pleasure.

Up until this point, anyone who’s openly taken on the League has received a verbal rabbit punch. When this reporter read out Vavi’s comments to the League’s general secretary Vuyiswa Tulelo on Tuesday, she listened in silence. At the end she said, “There will be no comment to (sic) this”. And that was that. Very polite, but no comment.

It would appear that the NGC has shifted the balance of power. We’ve felt all along President Jacob Zuma needs Cosatu more than the League; he can always use his legal disciplinary powers to reassert his authority over the League. Cosatu was a problem he would always have to solve politically.

Malema and those behind him (and yes, you can read that as you like) are likely to strategise. He needs to hit back, and hit back soon. The refrain that the NGC was a victory for the League is not being swallowed anymore. So, does he go on the offensive, or does he stay quiet and reflect for a bit? Does he plot and plan and wait, or shout and scream now?

Well, what do you think is the most likely? And no, we can’t wait for the Youth League’s Thursday post-NGC press conference either. DM