Analysis: The post-NGC ANC, the wisdom of crowds and policy wonks 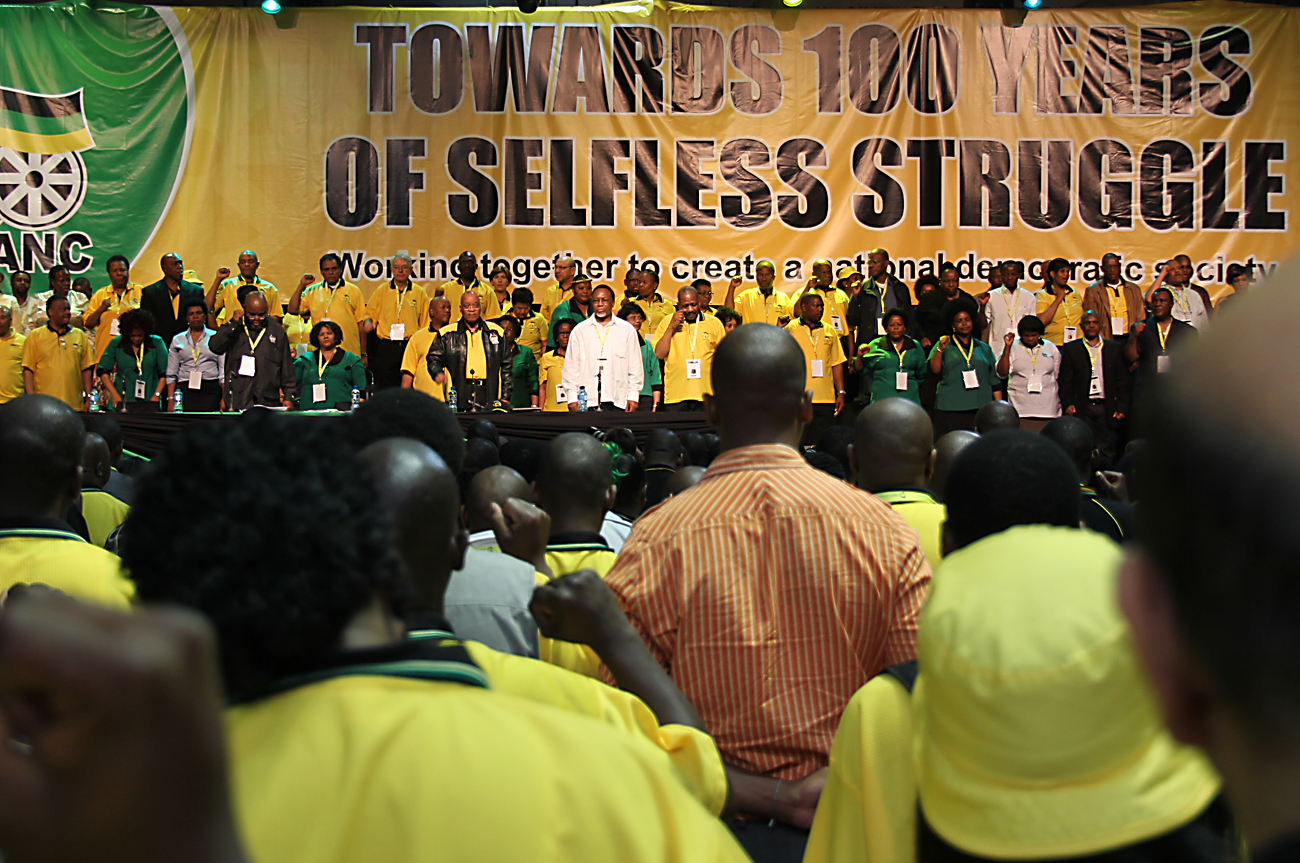 With a new week starting, the ANC looks rather different from just a week ago. We take a good look at the council's decisions and how they may influence South Africa in the years to come. By STEPHEN GROOTES.

The last few months have understandably led to a public perception that the ANC is obsessed with issues of leadership and nationalisation. It makes complete sense when you look at what some of the big issues of the last few months have been. And so there was an expectation that these would come to dominate the national general council. On one level they absolutely did. But on another, the commission meetings were really dominated by thought and a desire (from an ANC point of view) to improve the country. There is evidence of deep thought, of contemplation and of the need for change.

Take education. It’s the rock upon which this country has foundered almost since the mid-1990s. It’s a disaster zone in some ways. It was Rapport’s Jan-Jan Joubert who summed it up nicely in a question to the ANC’s education commission. “By every available international test our children are performing more and more poorly, now either our children are more stupid than everyone else’s children and getting more stupid, or there is another problem. And isn’t that problem really that the ANC won’t get tough on Sadtu?” It was a moment when this reporter, a father himself, wanted to stand up and applaud. To be fair to the ANC, President Jacob Zuma’s most oft-stated line this year is that “teachers must be in class on time and teaching for seven-and-a-half hours a day”. There is now real evidence he means it, and the party is with him on this. The answer to Joubert’s question came from deputy education minister Enver Surty who said, “We don’t tag teachers by the union they belong to, some teachers did sterling work during the strike”. It was a politician’s answer, but that’s not his fault.

The ANC is trying to get tough on Sadtu and it is beginning to show. There was other good sensible stuff on education. Private schools have a right to exist and “fulfil several needs in our society”. Surty then slightly mischievously said “We’re not going to nationalise private schools”. It’s a complete realisation that private schools actually reduce the burden on the state, and the parents of those kids pay taxes to help the poor go to school anyway. But there’s clear blue water between the ANC and Cosatu on this. The unions want to do away with “the three-tiered schooling system”. Of course, that may just be because many ANC delegates now have kids who attend the schools that “serve a variety of needs in society”.

The other big welcome change is that the ANC wants to set up a more practical vocational education stream. We’re talking about creating more artisans, people who work with their hands, who are likely to find themselves in long-term employment doing stuff that is actually practical. It’s also about moving away from an entirely academic schooling system. We need fewer children studying literature and more knowing how to wire up an X-ray machine. We hope this works out, broadens choice, creates more usable skills and adds to the sum of South Africa’s happiness.

The other big issue in this sector is the idea of community service. This can sound a little worrying, but makes a lot of sense. The plan is that new graduates should do some form of government work. It’s a devil-in-the-detail issue. But before the fretting starts, think of it like this. Many black graduates find it difficult to get that first job. It’s the old no-experience-thus-no-job problem. This could solve some of that, it’ll give everyone some real-life experience. It’ll also broaden the minds of those South Africans whose mind-map of South Africa extends only to Sandton, Arcadia and Rosebank. But it must be done properly and the bright young minds must be harnessed properly. It’s no use having graduates spending a year digging trenches. Also, they must not just learn bad government habits during this year, there must be no inculcating the ills of some government workers in the young. And if we could, we’d make it a law that the new graduates can live at home, or near where they studied, while doing the service, which would settle the fears of the middle class and the soon-to-be middle class rather well. The health sector is the other major area where common sense seems to have prevailed. Apart from the final admission that private hospitals will be able to stay out of the NHI, there’s another big shake-up in the offing. It’s come from both presidency minister Collins Chabane and the ANC’s health commission. They want hospital CEOs to have more power, and more responsibility. They want to decentralise procurement. Chabane in particular doesn’t understand why the provinces procure medicines, but the CEO gets crapped on when the hospital runs out of drugs. It’s a good point. The CEOs were very angry when their powers were removed about 10 years ago, this will make them happier. There are also huge concerns that people are appointed to posts for which they simply lack the qualifications and experience. This could change, but we’ll wait a while before we’re fully convinced that it will work.

The health ministry is a big ship, and it’s going to take time to change its course. But there’s going to be more money to play with, and gosh, there’s real political will in this sector now. There’s a competent team at the helm, and there’s a realisation it’s the sector that has a concrete impact on the lives of our people on a day-to-day basis.

The other staggering point to make about this NGC is that there are some hot-button issues that have gone away almost entirely. There was a time when Gwede Mantashe claimed (and later denied saying) that judges were counter-revolutionaries. There was none of that here. There was the usual desire to “speed up judicial transformation” and a suggestion that law graduates be among the first to start community service. But nothing to really scare the horses. The feeling of fear that we used to have on this issue is dissipating quickly.

The other issue that’s gone completely is monetary policy. Remember just before last year’s election, inflation targeting seemed to really be under threat. Cosatu certainly has a big space for “employment targeting” in its economic plan. But the benefit of Julius Malema’s ill-judged attempt to run the mines into the ground was that, according to Trevor Manuel, those “flavour filled…curry-like discussions” didn’t look at monetary policy at all. That’s astonishing. It was a big issue for months post-Polokwane, and now it just didn’t come up. Gill Marcus won’t have to worry about changing that mandate soon, it seems.

It would appear the country is in a much better space after this NGC. The crazier plans have been sidelined, the better and more thoughtful ideas have been given space to move. ANC delegates have avoided playing with fire and have looked very carefully at how to move things forward.

The ANC itself is in a better state. It now has a clear leader at the top. The destructiveness of Malema is now out in the open, and he’s been called on it. And he’s been told to shut up. Also, he’s on a much tighter leash than he was before. Our prediction is either a quieter Malema, or another disciplinary hearing soon. Or perhaps both. But this NGC will probably be remembered for how delegates and senior leaders not only reclaimed the ANC from those “alien tendencies”, but also from Malema and company, from war talk and division, and sheer leadership ambition. The real ANC had a good week. DM