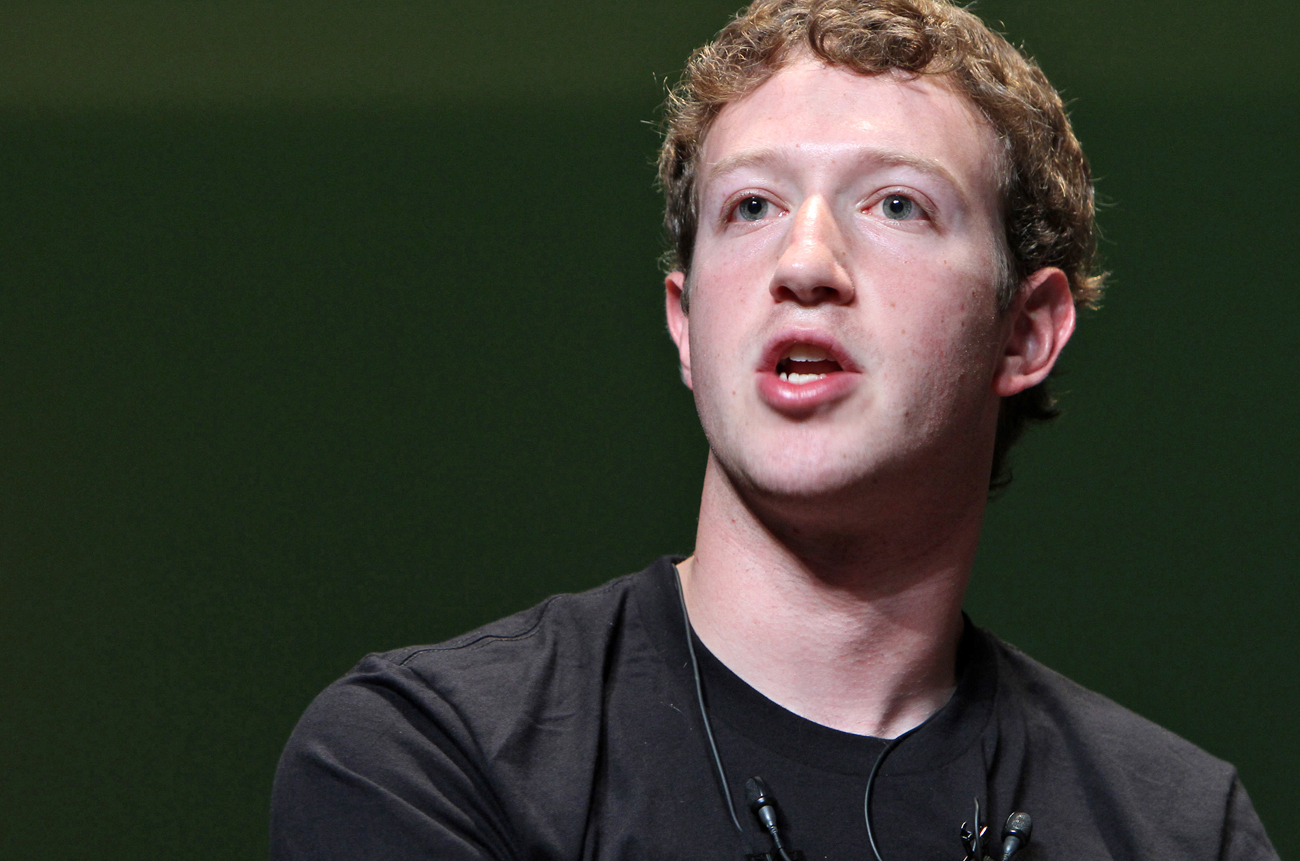 September’s been a watershed month for Facebook founder Mark Zuckerberg. After a damning biopic of his life premiered in New York, he defended himself by granting a rare interview to New Yorker magazine, and then he beat Jobs and Murdoch to 35th richest person in the US. Oh, and he also donated $100 million to charity, so you can’t hate him anymore. By KEVIN BLOOM.

In the 20 September issue of the New Yorker magazine, a long feature piece by Jose Antonio Vargas ran beneath the subtitle “Mark Zuckerberg opens up”. At first glance it seemed a strange way to preface an article about a person whose war against personal privacy has been one of the defining features of the modern Internet. As readers of The Daily Maverick know, Zuckerberg, the 26-year-old founder of Facebook, believes the world will be a better place if everyone just “shares” more. To that end, and to much criticism from lobby groups and online activists, the planet’s largest social network (Facebook has 500 million users and counting) has programmed a system of default settings that encourages people to be as transparent about their likes, dislikes and individual personalities as possible. Why then would the New Yorker be advertising the fact that it had finally gotten the boy wonder at the heart of it all to open up?

It was a question that didn’t need to travel far for an answer. Zuckerberg, despite all his talk about transparency, is a private person. Notes the New Yorker: “He doesn’t like to speak to the press, and he does so rarely. He also doesn’t seem to enjoy the public appearances that are increasingly requested of him. Backstage at an event at the Computer History Museum, in Silicon Valley, this summer, one of his interlocutors turned to Zuckerberg, minutes before they were to appear onstage, and said, ‘You don’t like doing these kinds of events very much, do you?’ Zuckerberg replied with a terse ‘No’, then took a sip from his water bottle and looked off into the distance.”

If ever there was a contradiction that begged for the intervention of the US culture industry, it was this. And the intervention came swiftly in the form of an unauthorised biopic entitled “The Social Network”, which premiered at the New York Film Festival on 24 September and opens in American cinemas on 1 October. Zuckerberg, whose character is played by the actor Jesse Eisenberg, told the New Yorker he wouldn’t be seeing the film. He wasn’t forthcoming with the reason, but it’s not difficult to guess. According to screenwriter Aaron Sorkin’s script, which was leaked online, the opening scene shows Zuckerberg and his girlfriend at a Harvard campus bar, and the girlfriend saying: “Listen. You’re going to be successful and rich. But you’re going to go through life thinking that girls don’t like you because you’re a tech geek. And I want you to know, from the bottom of my heart, that that won’t be true. It’ll be because you’re an asshole.”

Ouch. From there, The New York Times review of the film says, things get decidedly worse for Zuckerberg’s public image. He storms back to his dorm room and takes it out on Erica (the girlfriend, played by Rooney Mara) by blogging about her. When that doesn’t satiate his anger, he brings the malicious power of his technical wizardry to bear on the rest of Harvard’s women – in no time, their photos are posted to an online university network that invites male browsers to comment on whether they’re hot or not.

The suggestion, given the placement of the above scenes at the beginning of the film, is that these were the seeds of the website that would one day become the global phenomenon known as Facebook. Zuckerberg, according to the NYT reviewer, is portrayed in the movie as “a strategic cipher”, “a Facebook page without a profile photo”, and “wary at some moments, coolly calculating at others”. He manipulates his good friend Eduardo Saverin (played by Andrew Garfield) and performs a hostile takeover of an online Harvard yearbook on which he was asked to program.

While the movie is not supposed to be entirely based on fact – the template is Ben Mezrich’s book “The Accidental Billionaires”, which reportedly contains more than a little speculation – these campus interactions did happen. Zuckerberg did have a close friend and early business partner named Eduardo Severin (who eventually sued him) and he did write a program for a Facebook-like website called Harvard Connection (the people who hired him, Divya Narendra and the Olympic rowing twins Tyler and Cameron Winklevoss, all of whose characters appear in the film, apparently settled for $65 million from Zuckerberg, but are now suing for more).

The New Yorker article, it seems, was the first time Zuckerberg told his side of the story fully, and the timing of the piece to coincide with the release of “The Social Network” was no fluke. Although Vargas’s portrait of Zuckerberg, drawn from a series of lengthy interviews, paints the young billionaire as something less than approachable or charming, it is a more rounded picture of the human being. Zuckerberg readily admits that he made some mistakes at Harvard, an acknowledgement that speaks of a surprisingly humble side to his make-up. This aspect is enhanced when we learn from Vargas how he lives in a two-storey, four-bedroom rental, which he found on Craigslist. Tyler Winklevoss puts it as follows for the reporter: “He’s the poorest rich person I’ve ever seen in my life”.

On 23 September it was announced by Forbes magazine that Zuckerberg had overtaken Steve Jobs and Rupert Murdoch to become the 35th richest person in the US, with an estimated net worth of $6.9 billion. Whether that now takes him, in his old nemesis’s eyes, from the poorest rich person to the richest poor person is an interesting question – Zuckerberg famously refused a $1 billion offer for his company from Yahoo! and has held out since 2006. But, in a move that was to be announced on the Oprah Winfrey show on 24 September, it appears he has used at least $100 million of his fortune. That’s the amount in privately-traded Facebook stock he’s expected to donate to the beleaguered school system of Newark, New Jersey, after striking up a friendship with the city’s mayor.

It’s a donation, reports the Seattle Times, that “instantly establishes Zuckerberg as one of high tech’s biggest philanthropists”. What will happen when he’s in his thirties, when he’s well over the bad publicity that 2010 has brought, when (or if) he lists Facebook, and when (or if) he’s achieved his goal of a more open and transparent planet will, at the very least, make for a fascinating sequel to Aaron Sorkin’s new script. DM