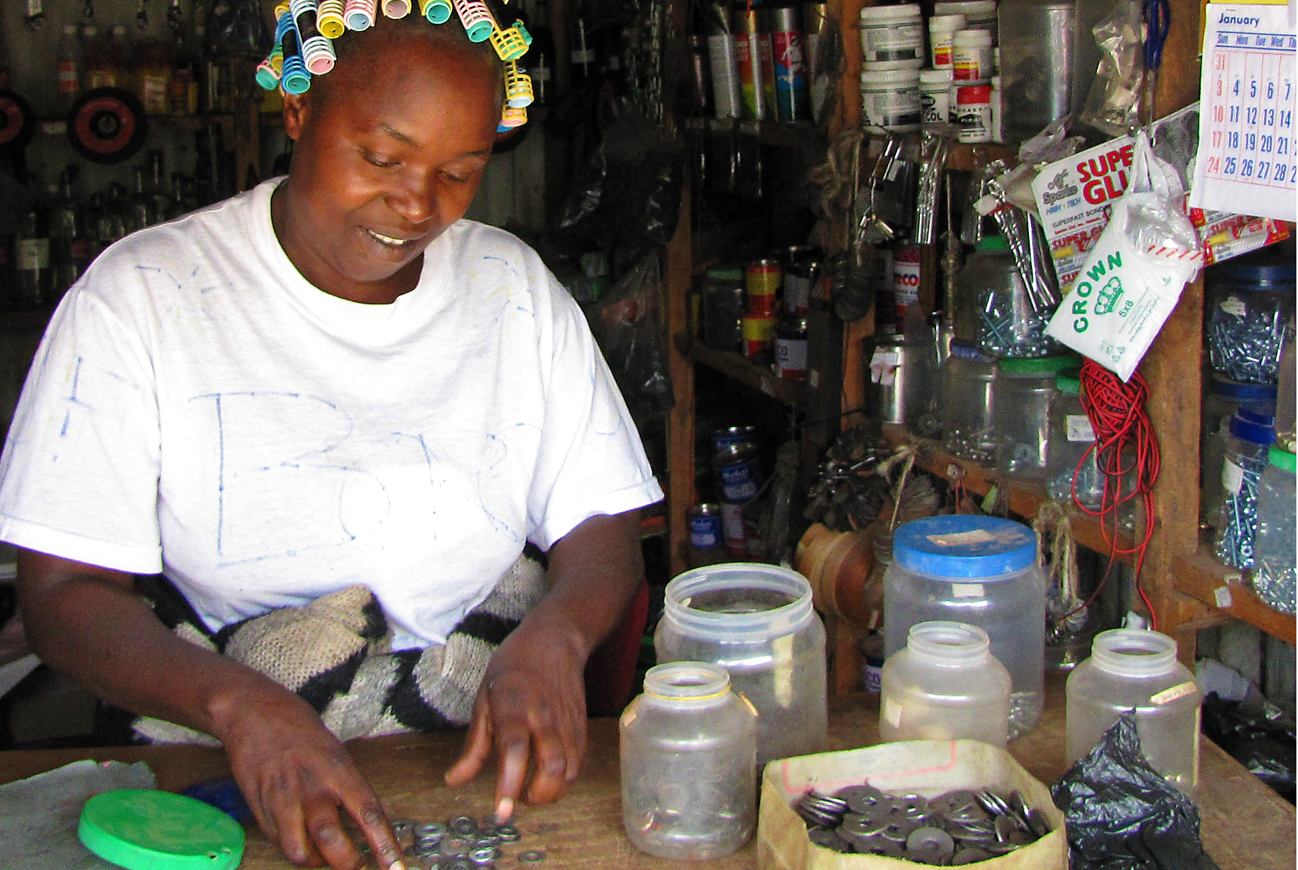 Steve Daniels was a “scrawny white kid” from New York when he went to Kenya to study development technology and ended up writing a book about the informal sector that changed the way he viewed the world. More importantly, it may help change the way the West’s development sector interacts with Africa. By MANDY DE WAAL.

The academic world is littered with tomes of research created by the learned to get their honours or doctorates. By contrast at the age of 21, Brown University’s Steve Daniels wrote a book that is accessible, easy to read, can be downloaded for free and has rare insights into Kenya’s informal sector. It is a thorough investigation into Kenya’s “jua kali” which create most of the new jobs for that country’s economy. And has some important insights for kick-starting a turnaround in flailing local employment rates.

Introducing his book “Making Do – Innovation in Kenya’s Informal Economy”, Daniels writes: “Wandering through winding alleys dotted with makeshift work sheds, one can’t help but feel clouded by the clanging of hammers on metal, grinding of bandsaws on wood, and the shouts of workers making sales. But soon it becomes clear that this cacophony is really a symphony of socioeconomic interactions that form what is known as the informal economy. In Kenya, engineers in the informal economy are known as jua kali, Swahili for ‘hot sun’, because they toil each day under intense heat and with limited resources. But despite these conditions, or in fact because of them, the jua kali continuously demonstrate creativity and resourcefulness in solving problems.”

The book was inspired by the waste that Daniels experienced in his chosen field of study in Appropriate Technology at Brown University. “In many cases I found that appropriate technology meant to be small-scale technologies meant to empower people and communities were really not effective,” says Daniels, speaking to The Daily Maverick from Providence, Rhode Island. “It is a movement started in the 1970s for the development of societies, but often the technologies for development were not being used, weren’t scaling, weren’t being used or weren’t really generating income for people.” In short it’s all about the old aid story of outsiders coming in to help uplift “poor” Africa, but either not doing much or doing more harm than good.

“When I got to Kenya it occurred to me, as it occurs to many people, that having these Western designers come into a country to design a technology and hand it off to people doesn’t work. The designers are so far removed from the people who are building, using or owning the technology that the transition process was not effective in most cases.” Daniels’ epiphany was in engaging Kenya’s informal sector, an industry that has scant attention from the academic or book worlds.

Daniels tells of the time of his first experience walking into Gikomda, a massive informal settlement in Nairobi that’s famous for its density. “Wandering through these sheds and the friendliness of the people who gave me tours of what they were doing really impacted (on) me. I ended up walking into this large work shed of these men who were hammering these large metal sheets into bowls. They offered to let me try to hammer these bowls. Here was this little scrawny white kid with all these big, strong men who have been doing this day in and day out, and I was so terrible at it. I gained a lot of respect for them, that’s for sure.”

Outside Gikomda, Daniels saw a man creating art with welded iron. “He had built about 12 welding machines from scratch. I don’t know how to build a welding machine, so I was very impressed with the ingenuity. The work was very spectacular and he was able to get a connection to a market abroad and transitioned from making furniture for locals to doing art and exporting it, and had expanded his workshop. I asked him what kinds of things he had done for safety because he wasn’t wearing protective eye wear or gloves, and he just showed me his hands which are all cut up and blistered and he said: ‘We are jua kali’. That epitomised everything for me.”

It was at that time that Daniels realised the vast talent contained in this sector. “I realised that there is this huge source of talent in the informal economy that the appropriate technology movement hadn’t really been tapping into this as much as it should,” he says. “I stumbled upon the ‘jua kali’ and thought we should really be designing with these fabricators who understand how to design for the local market, know what materials to use, know how to build with these materials and distribution networks to get their products all over the country, to the even most remote villages.”

The “jua kali” concept is ambiguous because the phrase was coined in the sixties to refer to people who work at manual jobs or with their hands under the hot sun. Today it means anyone in the informal sector whether a trader, producer or retailer and typically these businesses are between one or five people strong. The informal economy in Kenya comprises close to three quarters of all employment and creates about 90% of all new jobs annually according to Daniels. “The large manufacturers and formal sector in Kenya creates almost no new jobs and employs a small portion of the economy.” A problem Daniels identified is the lack of interaction between the formal and informal sectors, which has narrowed the transfer and growth of abilities. “Skills are passed on organically, informally and through apprenticeships. This has been effective over decades, but the technology that the jua kali use in their workshops is limited and they can’t always transfer all the skills they have.” In the seventies people exiting the formal sector for self-employment brought with them knowledge of machinery and design skills learned in that sector. This has dissipated over the years. “The products built in the 1970s are still being created today, but we are not seeing a lot of new technology or products coming out of the sectors. Innovative new products are introduced from outside the sector.”

An example of this is the Kenya ceramic “Jiko” which is an energy saving charcoal oven introduced to the informal sector by an environmentalist in government. It took good effort to train people over large geographic areas to generate income using this product. Today the “Jiko” is spread throughout east Africa and is the most commonly used oven in the “jua kali”. “This shows we can do more to foster innovation in the jua kali sector. What’s more important is to lower the risk to build new technology because every investment in this informal sector has to yield an immediate return.” People in the “jua kali” are survivalists who must feed and care for their families, but with micro-finance, better business-development services and access to the right technology, innovation and new product development can be fostered. Daniels says writing the book has changed the way he sees the global north and the global south interacting. “I had previously seen development as something that could be promoted by Westerners, and I now see development as something that needs to be taken charge of by indigenous leaders. You need to not come in with our own technologies, but empower people to create their own movements, new products and technologies.” The book’s message is that Africa can solve its own market problems and has key lessons for South Africa where unemployment is on a dangerous incline. DM

Read more about “Making Do” and download the book. Read “Africa’s Informal Economy Revealed” in Fast Company, and “African Tech Makers: Selections from the New Book Making Do” in The Atlantic.