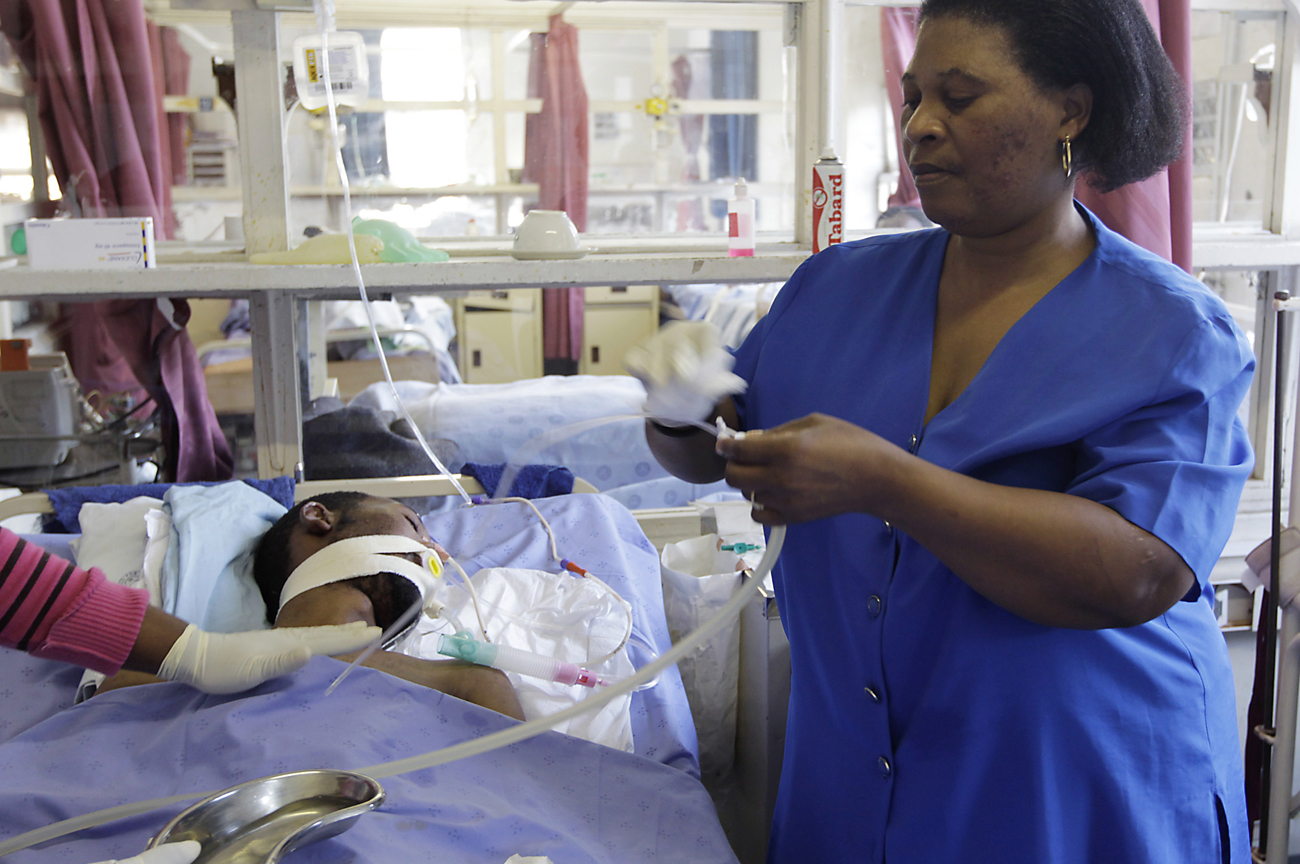 There are times when politicians make big promises. You know, we’ll fix this or make that happen. We’ll transform the union with our five-year plan. We’ll fundamentally change the class structure of the nation just now. When that happens, we conniving capitalists fret and tell them why it can’t be done. The National Health Insurance (NHI) is the premier example of such a promise. By STEPHEN GROOTES.

ANC health sub-committee chairperson Zweli Mkhize had his work cut out when he addressed journalists on Tuesday. Make no mistake, the NHI seeks to achieve a noble aim. Quality healthcare for all is a worthy goal of the ANC, and all of us. As a society, we should work tirelessly to make universal healthcare happen. It is, fundamentally, a good thing. However, there’s no country in the world where a government could put its collective hand on its collective heart and say, ‘Our healthcare system is perfect.’ The models are lacking.

What the NHI debate in South Africa needs is a curious person. A medical economist. (Did you just make up that term? – Ed) Someone who literally knows how many people will be saved, or die, if this policy is implemented, and therefore whether it’s affordable in terms of lives saved.

This puts our medical economists, the actual people who are on the dismal side of the science that’s very dismal indeed, on the spot, but they need to get on with it. The maths involved here are almost on an Eskom scale. We’re talking about R374 billion per year by 2025. Our current government health budget is R101 billion. If we do the maths, that means that currently, health takes up 12.5% of the government budget, but that these plans will push that to 14% in 2025.

And what about expanding the current facilities? The officials nodded their heads here and agreed that there will be a roll-out of new facilities. However, there’s a horrible truth: From 1998 to 2008, there has been no investment in new hospitals, nor the recruitment of more doctors and nurses. Olive Shisana, chairwoman of the ministerial advisory committee on the NHI, looked quite angry as she pointed this out. How did this country go for ten years with no capital investment, at a time of an increasing population and a worsening Aids pandemic? There are times when what happened in the healthcare sector during the Mbeki years still makes our blood boil, and that the ANC gave you-know-who a hero’s burial just defies logic.

For now, the idea is that NHI will be funded through taxable income, payroll taxes, and an increase in VAT. That’s a story in itself: in reality, this reflects the introduction of a new series of taxes.

Membership in NHI will be compulsory: You’ll have to join, you’ll have to pay, but you can retain your membership of a medical aid plan. There’s a sense of mystery here, because the officials keep saying you can use your medical aid as a “top up”.

Huh, we wonder how exactly that would work, and, frankly, if the care you get on NHI is good enough, why would you use it? Oh, right, that’s the R1 million question: is the care obtained through NHI going to be good enough?

But let’s look at what the main plan is: healthcare in South Africa would be available on the basis of need, free of cost, and as a right. It’s based on the idea of “social solidarity”, which we think is code for the rich paying for the care of the poor. If you have a job, it’s going to cost you, and if you’re well paid, it’s going to cost you more. Hospitals would be NHI-accredited only if they provide good and comprehensive care, at a suitable cost.

Can a private hospital choose not be a part of the NHI? Can the rich still go their private hospital of choice, and just pay for it? It took a team of three journalists playing a sustained game of cat-and-mouse with the ANC’s health sub-committee to get a straight answer to the private hospital question at Tuesday’s press conference. The answer, when it came, was yes. It wasn’t even a qualified yes; it felt as though the speakers didn’t realise the importance of the question. So, you can go private, but you will still have to pay your compulsory NHI contributions. And if a hospital doesn’t belong to the NHI, it won’t get any NHI money.

It’s important to remember that a million government workers on the Government Employee Medical Scheme currently in the private system will now probably go on the NHI. This means that private hospitals will lose a million customers, unless they to decide to join the system. As it rolls out NHI, government has plenty of other big sticks to wave at the private medical sector.

The NHI is going to create a huge, massive, stupendous pot of money. It’s going to take a Sars-like administration to run it, although the ANC reckons only 3% of the money it brings in will go on administration. It’ll be one of the biggest spending programmes in the country, with huge potential for corruption. The potential for just bungling the entire thing is even bigger and more worrying. We hope that the ANC puts its best, brightest and most honest people in charge of this. Pravin Gordhan already has a day job, which makes the need to speed up the process of cloning him even a bigger issue for the ANC.

For us, the South African citizen and taxpayer, the main issue remains: Will we be forced to take our five-year-old to Baragwanath and wait forever as a small asthma attack turns into an emergency? Will we be allowed to pay to see the best in the business to ensure that our kids receive the best possible care without government intervention? The response from this vantage point is yes, you will be able to do so, but the medical care environment in which you will be allowed to do so will be dramatically different from the current one. One thing is pretty clear: the luxury of choosing your doctor and the institution will probably end up being just that, a luxury. In numbers, expect to pay both, private care and NHI, just like you pay for the SABC even if you only watch DSTV.

And we believe that if the ANC thinks we should trust it on this one, it must publicly repudiate the things that happened during the Mbeki years in the health system. You can’t expect us to trust an organisation that did just let people die.

The NHI is definitely going to be another tax on the middle class for which they will receive absolutely nothing from government. Except a sense of social solidarity. DM