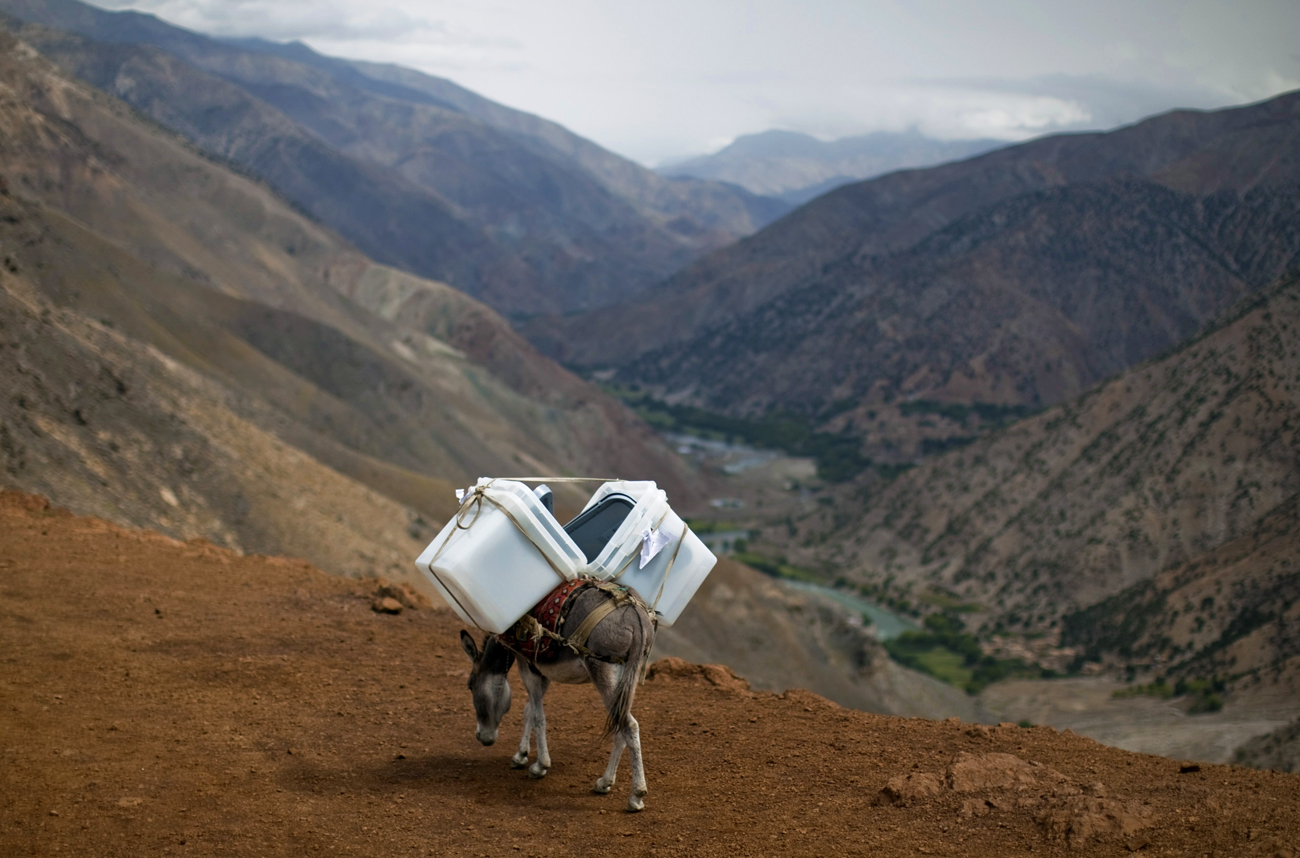 Besides midterm home elections in November, another polling duel may have a major impact on the US electoral results, even though it just took place in a mountainous country half-a-world away from America. By J BROOKS SPECTOR

On Saturday, Afghanistan carried out its second national parliamentary election since the US-led invasion in 2001 turfed out the Taliban – at least from Kabul. While some Afghan government figures are already touting the success of the electoral process, especially given the wartime conditions throughout the country, commentators and election observers remain concerned that the net impact of insurgent attacks, voter intimidation, voting irregularities and outright fraud may thoroughly compromise the results when they are announced at the end of October.

Afghans are now busy counting the ballots and some preliminary results may even be made public on Wednesday. The thousands of candidates vying for those votes included a singer on the Afghan equivalent of Idols, Islamic scholars, female human rights campaigners, ex-warlords, former Taliban fighters, a seasoning of former KGB-trained spies, a popular Afghan comedian, doctors, athletes and hundreds of others not easily categorised.

From the way it looked in news photos, the ballot paper seemed to be about the size of a tablecloth. This clearly trumped South Africa’s famous 1994 ballot for size with its nearly two dozen parties and those thumbnail pictures of party leaders and symbols for such parties as KISS – the Keep it Simple Stupid Party – or the Soccer Party.

Afghanistan’s Electoral Complaints Commission has been busy compiling reports of irregularities. And the first report from Afghanistan’s main election observer body, the Free and Fair Election Foundation of Afghanistan said that while 5,355 polling centres did open on election day, around 1,200 remained shuttered because security was too problematic. Fefa also highlighted incidents of fake voter registration cards at 352 polling centres, multiple voting at 1,228 sites and underage voting in 1,259 places. Photo: A man searches for his candidate on a ballot sheet while voting during parliamentary elections in Kandahar province September 18, 2010. REUTERS/Omar Sobhani

In one especially egregious example, police arrested a man in Paktika province for trying to use 1,600 fake voter registration cards on behalf of his favourite candidate. Sounds a lot like one of those old-style Chicago elections, the ones where the informal motto was “Vote early and vote often”. Election officials also said there was that well-known problem with the indelible ink put on a voter’s finger to show that they had voted. It seems the ink often washed right off after someone voted the first time. Some candidates apparently promised jobs and government benefits to potential supporters, as well as trying to entice voters to support them with gifts of food.

As a result of all this, Fefa is calling on Afghanistan’s Independent Election Commission to work with the ECC to carry out “investigations of fraud and coercion and to resist political pressure to announce the final results early without full verification of legitimate votes”.

The top UN diplomat in Afghanistan, Staffan de Mistura, said it was still too early to describe this election as a success, telling the media, “I think that that is premature, with all due respect.” President Hamid Karzai’s spokesman also said it was still “too early” to judge the results, adding, “Violations have surely taken place, but we are awaiting the relevant authorities to address these problems.”

In the election, 2,500 candidates were contesting 249 seats for the lower house of the Afghan parliament, the Wolesi Jirga. Figuring out who wins will have some interesting complexities to it. The country’s constitution says 27% of the parliament must be female and the Independent Electoral Commission has now determined at least one member in each province must be female, with the actual proportion varying by province. There is also a set-aside of 10 members for the Kuchi nomads who obviously have no fixed abode. Moreover, Afghanistan election uses the “single non-transferable vote” system, giving each Afghan citizen just one vote to use in selecting one candidate from the dozens, if not hundreds, of available candidates in each district.

The IEC said early tabulations showed some 4 million people had voted, about 40% of eligible voters – in those locations where polling stations could be opened – but hundreds of stations never did open, however. Kandahar was especially hard hit with more than 30 explosions before noon. Nato sources said that, overall, there were about 300 insurgent attacks on voting day, substantially fewer than during the presidential election. Not surprisingly, in places like Marja in Helmand province, where there has been recent heavy fighting, there was a very low voter turnout.

Putting on its very best game face, American embassy sources said they were cheered that violent incidents had happened in only 17 of the country’s 34 provinces (Doesn’t that mean incidents did happen in the other 17?), while the Taliban did its own victory dance, saying it had disrupted the voting sufficiently to make it “fail”. In Kandahar, for example, the Taliban papered the city with flyers the night before the election, warning people not to vote in these “Americanized elections” – and telling anyone who did vote that they would become targets. The letters, signed by the Taliban’s military commander for Kandahar, gave two phone numbers citizens could call to get more specifics about the warning. Now that’s chutzpah!

The Daily Maverick guesses it really depends on how low (or high) you set the bar so as to call something a success – or a failure. This Afghan election is obviously being watched very carefully in Washington, ahead of the Obama administration’s planned Afghan strategy review, set for December. This review almost certainly will look closely at the pace of US troop withdrawals – and an Afghan election that seems fundamentally flawed will almost certainly have a negative impact on Democratic chances in the midterm congressional election, now less than two months away. DM