ANC NGC: Jacob 'who's your daddy' Zuma comes out swingi... 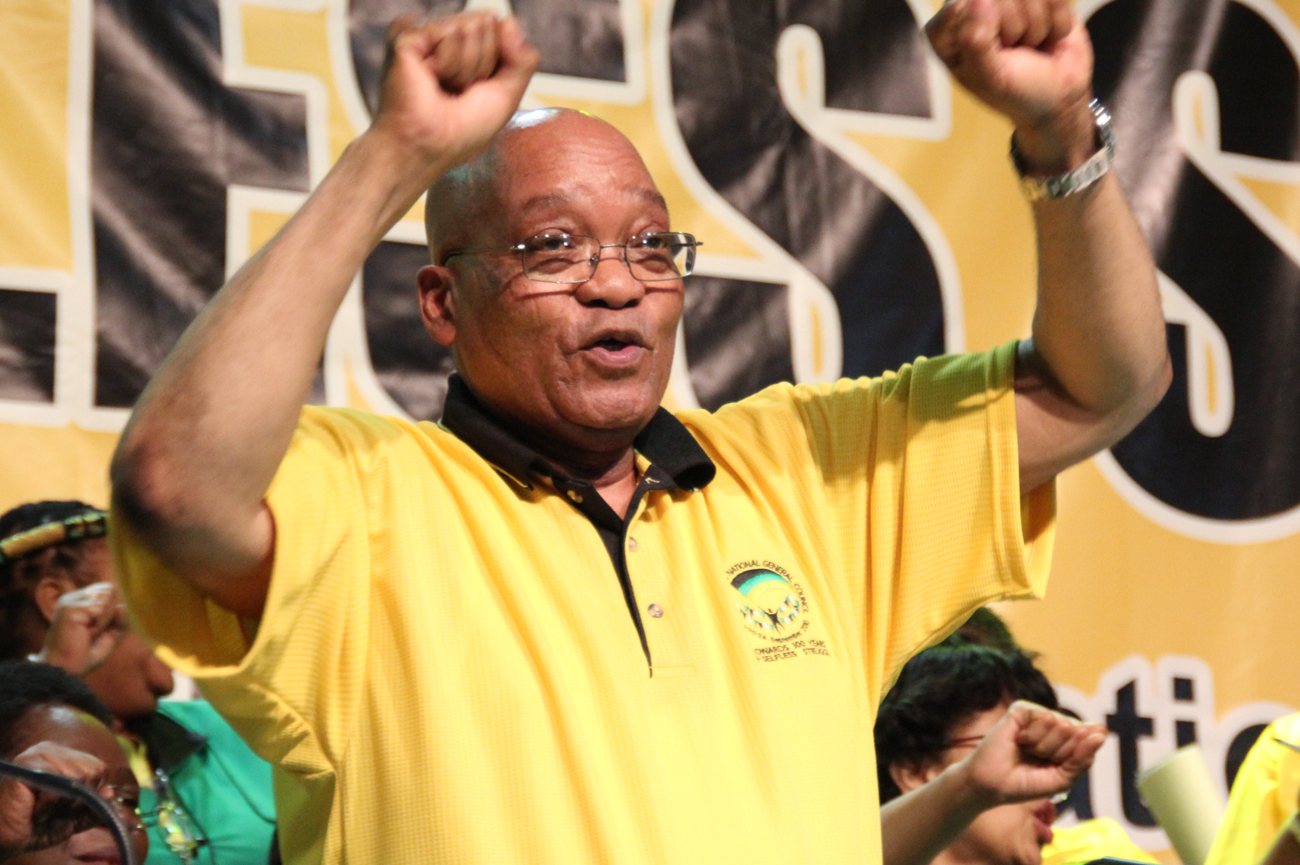 If ANC president Jacob Zuma is under pressure from successors and mutineers within his party, he sure didn’t sound like it at the opening of the national general council (NGC) in Durban on Monday. It was an assured, measured leader who tore into his predecessor, then tore pieces off the likes of Julius Malema and Zwelinzima Vavi, and then called for a return to “revolutionary discipline”. Which we can’t help but reinterpret as “give me a stick with which to beat them”. By PHILLIP DE WET.

Instead he attacked – though not in any way resembling desperation or a lashing out. In a measured fashion, and without ever mentioning names, as usual, Zuma joked and hinted his way through harsh criticism of Vavi, Malema, the leaders of breakaway party Cope and vote-buying leaders within the ANC.

Zuma quickly sought to de-personalise a call for juniors to be subservient to seniors, pointing out that he was talking about structures. In other words, the ANC Youth League should bloody well do what the ANC proper says, and the fact that Malema is a youth leaguer is just happenstance. The obvious support from the floor during the speech suggests Zuma will get the mandate, if not the immediate tools, with which to make Malema… sorry, the Youth League, toe the line.

His approach to Cosatu and that gadfly Vavi was very similar. Some people had been having a go at other people, he said during one part of his speech. Then, some time later, he reasserted the importance of the ANC within the Tripartite Alliance, and warned that it should not be toyed with. And during two more different sections he expressed unhappiness with the anti-government statements made by some striking civil servants, and the unfortunate statements made by some within union membership.

Besides being an unusually skilful conflation of issues, that equates to a call from Zuma for a strong message of support from the NGC in the stance he’ll be taking in upcoming talks about the nature, structure and future of the alliance. That may be enough to cow some within Cosatu, though probably not Vavi himself. Cornered by a pack of journalists immediately after the speech, a smiling Vavi said he was happy with the left-leaning, working-class-centric nature of the speech, that he had been expecting some criticism, and that he’d hardly be losing sleep about it.

By contrast, Reserve Bank governor Gill Marcus had nothing whatsoever to say in response to Zuma’s call for fiscal policy to take into account both inflation and the value of the currency, which aligns Zuma squarely with the camp that will be pushing for a significant change in the way the Reserve Bank conducts policy.

But by far the biggest part of Zuma’s speech was taken up by a recounting of how he first saved the ANC from Mbeki, then saved it from the instability caused by that leadership struggle, then made sure that members and their branches shall reign supreme forever more. And he included a smattering of praise for those members and their guardianship of democracy, both within the ANC and throughout the country.

As one journalist quipped after the speech: “He’s making sure everybody knows who’s their daddy.”

Entirely missing from the speech were two issues much of the country would have liked to hear his views on: the nationalisation of mines and the proposed media appeals tribunal. Zuma also only fleetingly referred to his cadre bill, or the piece of legislation that will seek to prevent political deployees from running municipalities.

Is Zuma playing to his strengths while sniffing the wind on these more controversial issues during the course of deliberations this week, to then emerge with a position at the end of the conference? Perhaps. Though it is pretty clear that he has near-universal support on aggressive media regulation, and very little support indeed on keeping cadres out of mayoral chairs. It may be more accurate to say that he hopes to influence discussions on these issues, and wants to gauge how effective those interventions have been before nailing his colours to the mast. DM