Casac, the new voice of constitutional reason in South...

Casac, the new voice of constitutional reason in South Africa 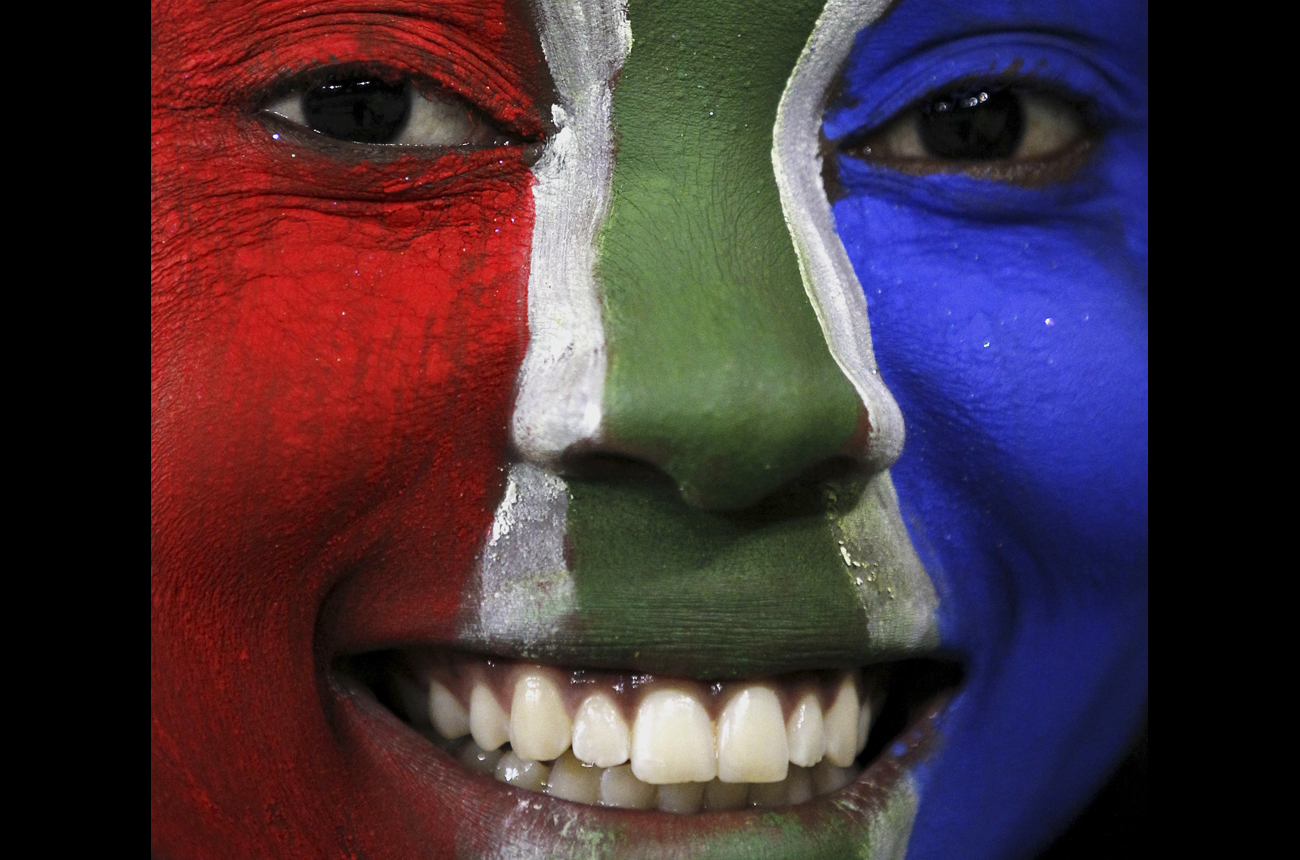 Photo: A soccer fan with the colours of the South African flag smiles during her team’s international friendly soccer match against Ghana at Soccer City stadium in Johannesburg, August 11, 2010. REUTERS/Siphiwe Sibeko casac

Rarely is a new organisation received as warmly as the Council for the Advancement of the South African Constitution was on Thursday. It is a group of intelligent, principled and committed people who decided it’s time to stand up and protect the Constitution against the authoritarianism of the majority. By STEPHEN GROOTES.

There have been several times when your reporter has been asked how he can remain positive about South Africa when he spends so much time following events that can only be described as negative. The common theme to these questions has been “Look north, and tell me how can that not happen here? When you consider the corruption, the patronage, the incompetence in general that we are seeing in government and in the ruling party,  we stand no chance.” The answer has always been that it is too complicated and big a country for any one group (within the ANC or otherwise) to rule for long. It’s the Cosatu protecting us from the ANC and the ANC protecting us from Cosatu logic.

Well, on Thursday, there was a great exhibition of how this country really does work, of how for every political action there is usually a reaction, and of how there are strong forces at work in our society which do think differently to those who came to power post-Polokwane.

It was the launch of the Council for the Advancement of the South African Constitution (Casac). It’s a clumsy name, and sounds like an academic la-di-dah. But this is really about the idea of Constitutionalism. In the words of its interim chairman Sipho Pityana (that’s right, Barney’s brother), it’s against “the authoritarianism of the majority”. At last, someone is getting to grips with the real way this country works; it is about the fact that although we have a formal democracy, it is still not a functional constitutional democracy. Pityana says this means we “need to give space to those ideas that are sober and look at a sound society, no matter that they only have minority support”.

His set-piece speech was sensational. It had been written cleverly, was designed not to directly offend anyone, and yet its message was crystal clear. “In the changing circumstances of our times, a conservative assault on the Constitution from the very powerful in our society is raising its ugly head”. “Conservative” used to mean white and racist. It doesn’t mean that any more, it means ugly authoritarianism. He went on, “…ask yourself if the National Prosecuting Authority in the wake of recent events carries as much integrity as before and whether it does indeed execute its mandate without fear or favour?”

Strong stuff indeed, and there was plenty more, about a “dysfunctional state” (there’s that word again – Ed) and the “politically driven appointment of civil servants to act on the bench suggest disdain and contempt for the important principle of separation of powers”. All in all, it was a tirade against the worst in the current ANC leadership.

And that was from someone with a long, long history in the ANC, someone who cannot be attacked for having no liberation background.

There was also a nice touch to the launch. It was held at Lilliesleaf Farm, a place that is once more becoming a place of political contestation. While it’s most famous for the raid that led to the Rivonia Treason Trial, and for its excellent museum, it’s where the ANC has been having its recent policy briefings about its vision of SA’s future, including freedom of expression.

What could be better. Well, how about a “regte egte” Treason Trialist. In the flesh, Dennis Goldberg. He was on fire. “I am appalled at how some well-paid officials, elected and appointed, can have time for business”, or “I have to be critical of those of my former comrades who have misappropriated power”. He had a real go at the media bills as well, saying he was confident the “obnoxious” parts of the Protection of Information Bill would be withdrawn.

He set the tone nicely and gave the whole thing a sense of history and legitimacy.

This organisation claims it’s not an “armed response to a constitutional crisis” but it’s obvious some of the great and good of our society are very worried indeed. And they’re acting on their concerns.

The key question, of course, is how will the ANC react? While Casac says it is “not an opposition movement”, Luthuli House could be less than impressed. Well, while we weren’t too surprised to see Helen Zille arrive, our eyebrows shot up at the sight of Baleka Mbete in the audience. It was a bit of a shock.

And after she’d sat through Pityana’s tirade, she was actually willing to answer questions. We have to hand it to her, when she wants to, she can get the media to eat out of her hand. In answer to a direct question she said, that “criticism is what democracy is all about, it’s good when we criticise government”. Talk about rolling with the punch. It does appear that the ANC will be very careful in treating this organisation the way they treat just about every other organisation critical of their policies. No hurling insults here, at least not yet.

Casac doesn’t have huge support from the masses, or a massive organisation behind it. But it does have brains, experience and wisdom in the people within it. They are experts at conducting peaceful legal revolutions. Watch them closely. DM

Photo: A soccer fan with the colours of the South African flag smiles during her team’s international friendly soccer match against Ghana at Soccer City stadium in Johannesburg, August 11, 2010. REUTERS/Siphiwe Sibeko