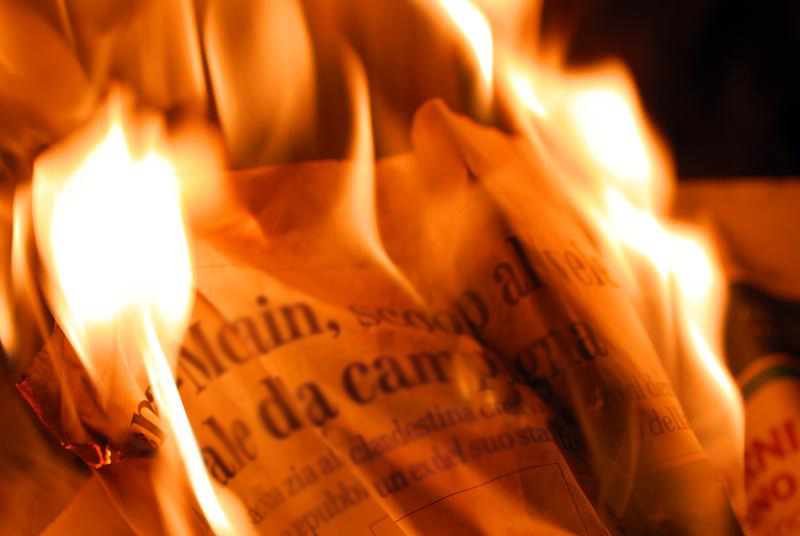 It’s a matter of one step forward and two steps back as the ANC and media organisations engage each other over access to information and media freedom in South Africa. And just as we all thought we knew what the ANC wanted, their Gauteng people decided they want more. Much more. By MANDY DE WAAL.

Last week the ANC’s Gwede Mantashe and Jackson Mthembu met Sanef, the Press Ombudsman and Press Council for talks that were described as tough, but positive. Come Sunday in Centurion and the tune changed completely as the ANC’s Gauteng council called for the Constitution to be amended so yet another media watchdog could be formed in addition to the proposed media appeals tribunal. Needless to say the media were unimpressed.

“It seems to me the Gauteng group has dramatically jumped the gun on the Polokwane resolution and the investigation which has yet to be done, but which was assured by the ANC secretary general Gwede Mantashe. It seems to me that to now propose a very specific set of Constitutional amendments and a multiplication of those oversight bodies two weeks ahead of the ANC NGC doesn’t chime with the ANC’s own process on this matter,” said Mail & Guardian editor in chief Nic Dawes.

This past weekend TimesLIVE reported that the ANC had upped the ante in its war against the media with the ANC Gauteng conference joining the call for the Constitution to be amended so that an even more powerful media watchdog could be created to regulate newspapers. The Gauteng ANC envisages that this watchdog would be a Chapter 9 body and would operate alongside the ANC-inspired media appeals tribunal.

The wording of the resolution for this new media watchdog was obtained by TimesLIVE and reads: “The commission [provincial general council] noted that the media persistently undermines and violates the provisions of the Bill of Rights. In the investigation of establishing a statutory body, consideration must be given to a possible merger with the existing broadcasting regulatory body.” The ANC is currently working on an Independent Communications Authority of SA amendment bill which seeks to limit whatever independence the communications authority currently has.

It appears the moves by the ANC’s Gauteng chapter are a hard-line effort by a more hawkish faction of the ruling party to ensure that insiders aren’t rattled by international media or diplomatic pressure, and will toe the party line on the media when the ANC opens doors to the national general council (NGC) in a few weeks’ time. The recent talks between the media and the ANC and the positive outcome of those talks which included an ongoing commitment to engagement, seem to be no good for the ANC in Gauteng which clearly wants a tougher approach.

“All I can imagine is that there are some people in the governing party who are anxious that the media’s willingness to discuss these issues and to present a real understanding of their concerns has perhaps weakened the standing of their party colleagues,” said Dawes. “They want to table a hard-line proposition early before the NGC to ensure that some kind of tough outcome results, and to forestall the process of engagement that has begun between the ANC and the media.”

Dawes said the new proposal was particularly worrying. “I think the proposal is extremely disturbing, greatly amplifying as it does the much more cautious Polokwane resolution which simply says that the desirability of establishing a media appeals tribunal accountable to parliament ought to be investigated.”

Samantha Perry, general secretary of the Professional Journalists’ Association, said the new move was surprising. “We are disturbed and concerned about these further initiatives to clamp down on media freedom in South Africa. A free media is an essential part of any democracy and the ANC’s public statements of late have indicated a strengthening of its attitude against a free press empowered to do its job to the best of its ability.”

Perry said the ANC was currently sending very mixed messages to the media. “On the one hand we have the ANC saying ‘No, we don’t have any inclination to change the freedom of the press’, but on the other hand we hear that the Gauteng branch wants a second media body in addition to the media appeals tribunal that has been mooted already. It seems to be a matter of one step forward and two steps back for the media. It is worrying and seems to indicate that the ANC’s right hand and left hand don’t seem to be talking to one another.”

What does make sense is interpreting the Gauteng ANC’s machinations as political posturing prior to that important GNC meeting. By throwing down the gauntlet, ANC hardliners may be hoping to show moderates within the party and those softened by the storm of international protest against limiting access to information and media freedoms, that the ANC will not be dictated to by anyone. Least of all the South African media. DM