Why the Booker isn’t golf 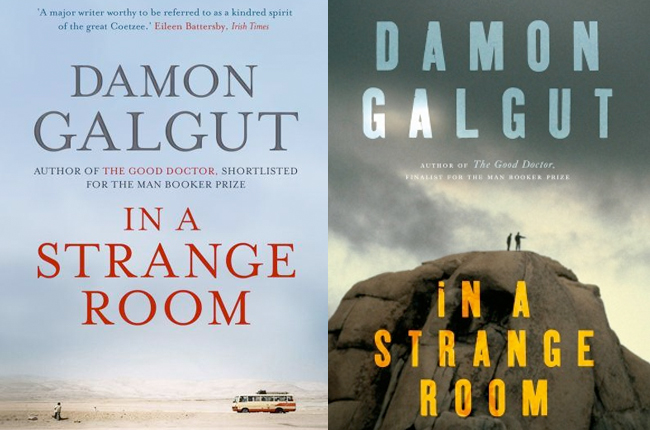 If Cape Town writer Damon Galgut wins the Booker Prize for his novel In a Strange Room, he’ll become a household name in international literature and his radiated glory will shine down on South Africa. But, as Martin Amis would probably tell him, there’s nothing fair or just in the selection process. By KEVIN BLOOM.

At the Hay Festival in Wales this year, British novelist Martin Amis gave an hour-long talk in which he excoriated James Joyce and Samuel Beckett for not being “entertaining” enough. It wasn’t the first time Amis had fired a salvo at members of the literary elite for such an offence; in January, as readers of The Daily Maverick may recall, the author of London Fields and Money said the following about JM Coetzee: “I read one [of his books] and I thought, he’s got no talent. The denial of the pleasure principle has a lot of followers.” What was different about Hay, though, was that here Amis may have been revealing the true source of his discontent – the fact, as he put it, that the unenjoyable novels are the ones that win prizes.

Like Phil Mickelson, who once was known as the greatest golfer never to have won a major, Amis is arguably the greatest writer never to have won a Booker. But where Mickelson shed himself of the dubious honour by sinking an 18-foot birdie putt on the final hole of the 2004 US Masters to defeat South Africa’s Ernie Els, Amis has not yet been able to deliver – he remains an also-ran, a second-placer, a perpetual runner-up in the world of high-stakes professional fiction.

The sports comparison, while crude, is not chosen carelessly. As a metaphor, sport is a field of human endeavour where the innate desire to win, to come first, is on pure and unapologetic display. Bar the unquantifiable element of cheating, the man or woman or team that gets the glory deserves the glory, because he or she or they performed better than anyone else, played better, did better. The others simply weren’t as good. Which is why, before 2004, you never heard Mickelson saying that the majors always went to golfers with the most unenjoyable swings.

Yet Amis is perfectly within his rights to say this: “I want to give the reader the best glass of wine I have, the best food in my kitchen. Some writers clearly don’t feel that way at all. When you visit the later James Joyce, you knock on the door and there’s no one there. Eventually after you have wandered around for a bit you hear him in the other room mumbling to himself as he prepares a snack of two slabs of peat around a conger eel and some homemade cider that is absolutely undrinkable.”

That Amis is entitled to say such things about the man who’s the literary equivalent of Jack Nicklaus is just one aspect of the equation; more important is how well he says it. In literary competition, the primary tool of battle is the sentence. Amis clearly thinks his sentences are better than those of his rivals, and by taking on Joyce he’s involved in the ultimate battle – the battle for legacy. The 2010 Hay Festival was where he tried once again to move his soldiers onto a new battlefield, to effectively change the rules.

The inclination to reward unenjoyable novels, said Amis, started with Samuel Beckett. “It was a kind of reasonable response to the horrors of the 20th century – you know, ‘No poetry after Auschwitz’. But I think it’s footling and it’s a mistake and it’s a false lead. You look back at the great writers in the English canon, and the American, and they are all funny.”

He had a point. Mark Twain, Charles Dickens, William Shakespeare – all funny. Still, it’s tough to divorce the point from the man making it. The last literary prize Amis won was in 2000, when his memoir Experience took the James Tait Black Memorial Prize for biography. He’s been shortlisted once for the Booker, for Time’s Arrow in 1991, and has once made the longlist, for Yellow Dog in 2003. Headlines like “Amis-free Booker prize longlist promises to ‘entertain and provoke’,” which ran in the Guardian on 27 July this year, have got to hurt.

And the hurt must be made all the more acute when Amis considers what the Booker does. Unlike the James Tait Black, which is the much older prize – it was set up in 1919, and the inaugural winner was Hugh Walpole’s The Secret City, a novel nobody remembers – the Booker, in its 42nd year, substantively alters literary reputations. As John Sutherland wrote in the New Statesman in 2008: “[The] JTB is not a household name – not even in bookish houses (by Waterstone’s reckoning, that means one where 12 books a year are consumed). Every literate citizen whose reading has taken them beyond Key Stage Four of the National Curriculum will know about the Booker (‘Man Booker’ since 2002, when the financial slack was taken up by a friendly hedge fund). Like the Cup Final and the Grand National, the announcement in October is an annual event. Barring cataclysm, it rates top place on the morning bulletins.”

Established in 1968 as the Booker-McConnell Prize (the founding sponsor was at the time one of the largest cash and carry companies in the United Kingdom) the Booker is awarded annually to the “best” original full-length novel, written in the English language, by a citizen of the Commonwealth, Ireland or Zimbabwe. The prize money was originally £21,000, and in 2002 was raised to £50,000 when the Man Group took over sponsorship. Outside of the Nobel it’s regarded by the publishing trade as the world’s pre-eminent literary prize, because while the US’s Pulitzer Prize for Fiction and France’s Prix Goncourt do compete in the prestige stakes, neither of the latter moves anywhere near as many units for the winner – Hilary Mantel’s Wolf Hall, which won the Booker in 2009, subsequently sold over half-a-million copies; the 2008 winner, Aravind Adiga’s The White Tiger, sold the same number in Britain alone.

So it’s no surprise that the phrase “best original full-length novel” is one of the most contested in the book business. Who decides what “best” is? In 2010, the five people who’ve been asked to do so are Britain’s former poet laureate Andrew Motion, the Financial Times literary editor Rosie Blau, writer and broadcaster Tom Sutcliffe, biographer Frances Wilson, and dancer Deborah Bull. It’s not hard to see where the problem lies.

Regrettably for the likes of Amis, neither the British public nor the bookies seem to care much that the award is so subjective as to border on the random. At the time of writing, bookmakers William Hill and Ladbroke are doing a roaring trade offering odds on 2010’s shortlistees. South Africa’s Damon Galgut, who has been shortlisted for his novel In a Strange Room (it’s his second time on the Booker shortlist, the first being for The Good Doctor in 2003), is currently William Hill’s joint second-favourite at 3-1 and Ladbroke’s fourth-favourite at 9-2.

If he defies the odds and wins, Galgut will overtake rivals such as Imraan Coovadia and Ivan Vladslavic to achieve a level of international literary fame second only to South Africa’s two Nobel winners, Nadine Gordimer and JM Coetzee. His sales on In a Strange Room will go stratospheric and his earlier novels will receive a welcome boost at the booksellers too. His plays may well be commissioned by major theatre directors, and his name will become a serious drawcard at literary festivals around the world. His agent will be able to negotiate advances on his forthcoming novels that, added to his royalties, will move him tantalisingly close to the social category commonly referred to as “rich”.

Of course, while all of South Africa may be rooting for him, there’s nothing Galgut can do to ensure the win. He can’t, for instance, carefully read the green and drown out the noise to give himself the best chance of sinking the putt. He can’t draw on his past experience of competing at this level to outplay those contenders who’re here for the first time. All he can do is wait, and hope the judges make the “correct” subjective choice.

He can also tell himself, like Morgan Freeman did when he was nominated this year for an Oscar, that it’s good enough just to be on the shortlist. But it isn’t, is it? Unfairly or not, literary prizes are in the following sense no different to sport: all the glory goes to first place. DM

Read more: “Awards only go to boring books, says Martin Amis” in The Telegraph, “Amis-free Booker prize longlist promises to ‘entertain and provoke’” in the Guardian, “The Booker’s Big Bang” in the New Statesman.