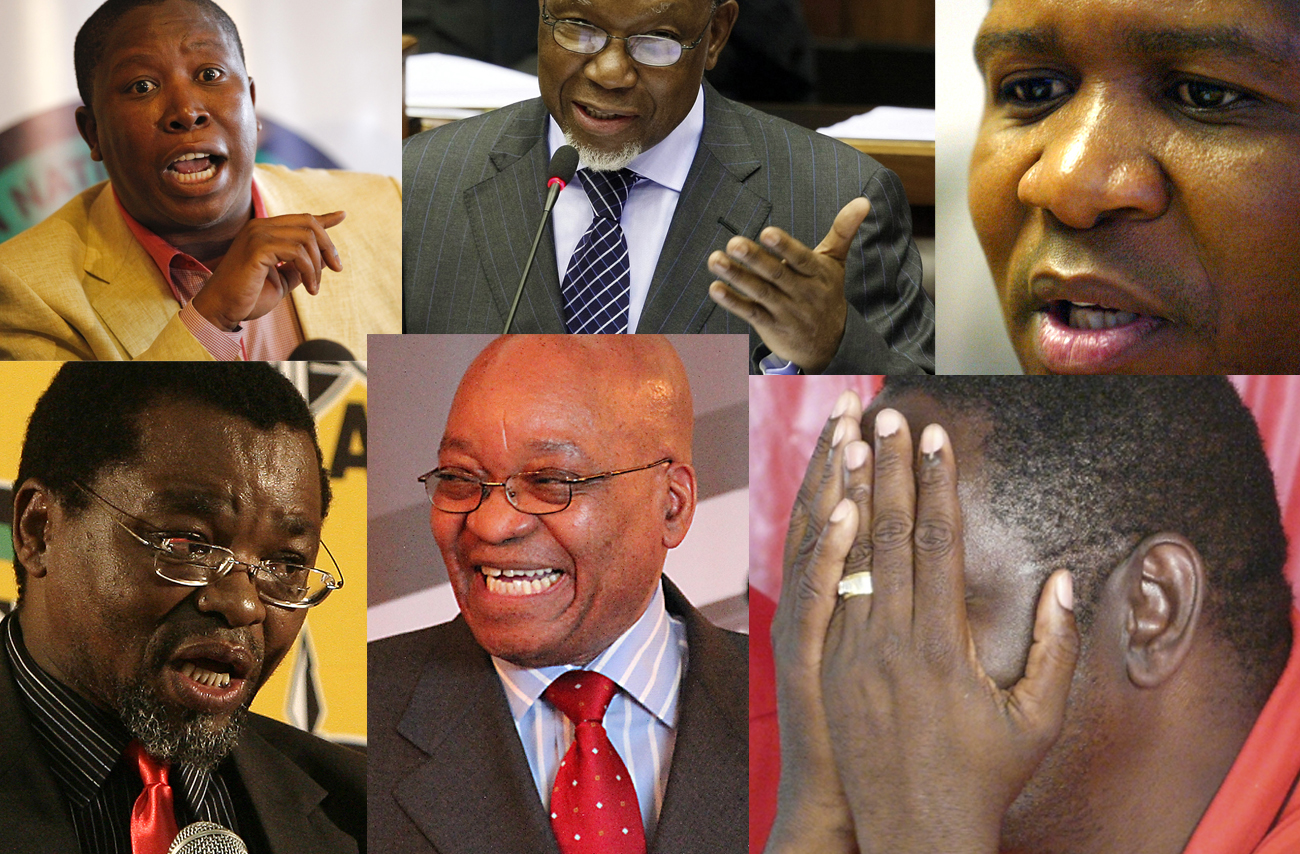 The last few months have seen rising tensions, angry press releases and strong words from the tripartite alliance and organisations within the ANC. But this is probably about to change when the whole lot of them sit in the same Durban convention centre a week from now. The question is: Who, if anyone, will have the upper hand at the end? By STEPHEN GROOTES.

We’re now about to have the ANC itself, the party’s middle ground (if there is such a thing), clearing its voice. Of course, there’s no real way of predicting what that middle ground actually thinks. But we do know it’s influenced by the extremes of the party. In this case, the extremes are the Youth League and Cosatu. The SACP seems to have gone so quiet lately that we’re almost tempted to write them off, though one would do so at one’s peril. It’s a complicated story, and one likely to get more complicated now that Cosatu has publicly said it’s in danger of disappearing because it’s so quiet.

If the actor of the political year so far has been Julius Malema, the organisation has been Cosatu. It’s been consistently angry at the ANC. While we’re not going to fall into the trap of claiming that it’s about to split from the party, one look at its latest central executive committee discussion document would be enough to suggest it is at least preparing the ground for something.

You don’t believe us? Okay, what do you make of this?

“One thing is clear, we cannot sit back and do nothing; and we cannot continue pursuing old strategies if they are not working. We have to act, and if necessary, act differently.” (COSATU CEC Political Discussion Paper September 2010: The Alliance at a Crossroads- the battle against a predatory elite and political paralysis.)

Of course, if the question is put directly to Zwelinzima Vavi and company, they’ll deny planning a split or even thinking about possibly planning their way toward maybe fantasizing about launching their own party. But the fact is, they have realised there is no answer to that eternal alliance question; how do you make the ANC do in government that which it’s promised to do as the ANC. The real question remains, of course, now that Cosatu has realised this grim reality, what will it do?

On the other side (and we really do mean “on the other side”) we have a Youth League that has clearly decided to drop Zuma. Kgalema Motlanthe seems to have the inside track with the self-appointed kingmakers at this point. But the League is also putting itself in danger with its muddle-headed “nationalise the mines” cry. It’s conflating the issue with personalities and that is likely to gain Malema and co. a few new enemies. The more he does this, the more he could alienate people whose real core constituency is actually the ANC and the country, not the League.

Add to this another force – the older and more experienced members of the ANC, those with some real access to the actual levers of power within the party and who will have a list of things to achieve at the NGC. It’s a wonderful opportunity for them because you can hide a whole list of agendas within a vote by ordinary delegates. To put it another way, if Zuma and Mantashe have cunningly used the whole national executive committee to great effect to calm down Malema, imagine what they can with an entire NGC. They will be able to guide decisions that will have a long-term impact on their enemies. And there’s no point in being the incumbent if you can’t have some of the inherent advantages that come with your position. Just remember Julius Malema’s flattening of his provincial enemies.

Our guess is if this middle ground had to choose, they would rather put some egg on the face of the League than that of Cosatu. It’s pretty easy to live with yet another Malema diatribe. He can’t be Youth League leader forever anyway, and perhaps Fikile Mbalula will lose in 2012. Losing Cosatu (and thus the alliance) is a completely different proposition altogether. At the same time Malema may have exposed himself over the nationalisation issue. It would be easy for senior ANC leaders to make the case that while they’re not happy with those who own the mines, the country is benefitting from the taxes they pay, the economically minded (there must be some) will be able to present a perfectly rational argument that it’s time to grow the capitalist economy; to give everyone a chance to get rich, rather than to just increase the number living on grants. They could also invoke the spirit of Mandela and say the property clause is a living embodiment that this country believes in the rights of the individual. A combined attack on this line would put Malema on the back foot for a while.

Over the last two days, ANC figures have come out against Cosatu in various ways – Mantashe, Motlanthe and Zuma himself have said a few things against the federation. While it’s about time they did hit back, they could also just be preparing the ground for something else. They could be sounding like they’re anti-Cosatu, but are actually only looking that way. It’s possible they don’t really mean it.

Imagine if the NGC ends with a declaration that nationalisation will not happen for at least five or 10 years (it would be worded differently). That would show Malema the power he’s claimed for himself is not his. It could hole him below the waterline for a long time. And the risk is not that great. The risk of losing Cosatu would, however, be Armageddon-like.

In politics, to survive at the top of the greasy pole you have to be a bastard. You have to stop people from speaking their minds in meetings, you have to stitch things up. You have to control the middle ground. You know, the way Thabo Mbeki did. This could be a wonderful opportunity for Zuma to use the anger of the Youth League to his own advantage, to put them back in their box, to harness Cosatu in the right way, and then things could soon be very different. We’ll see soon enough. DM