Analysis: 1+2=12 – the mathematics of Malema’s mine nationalisation fiction 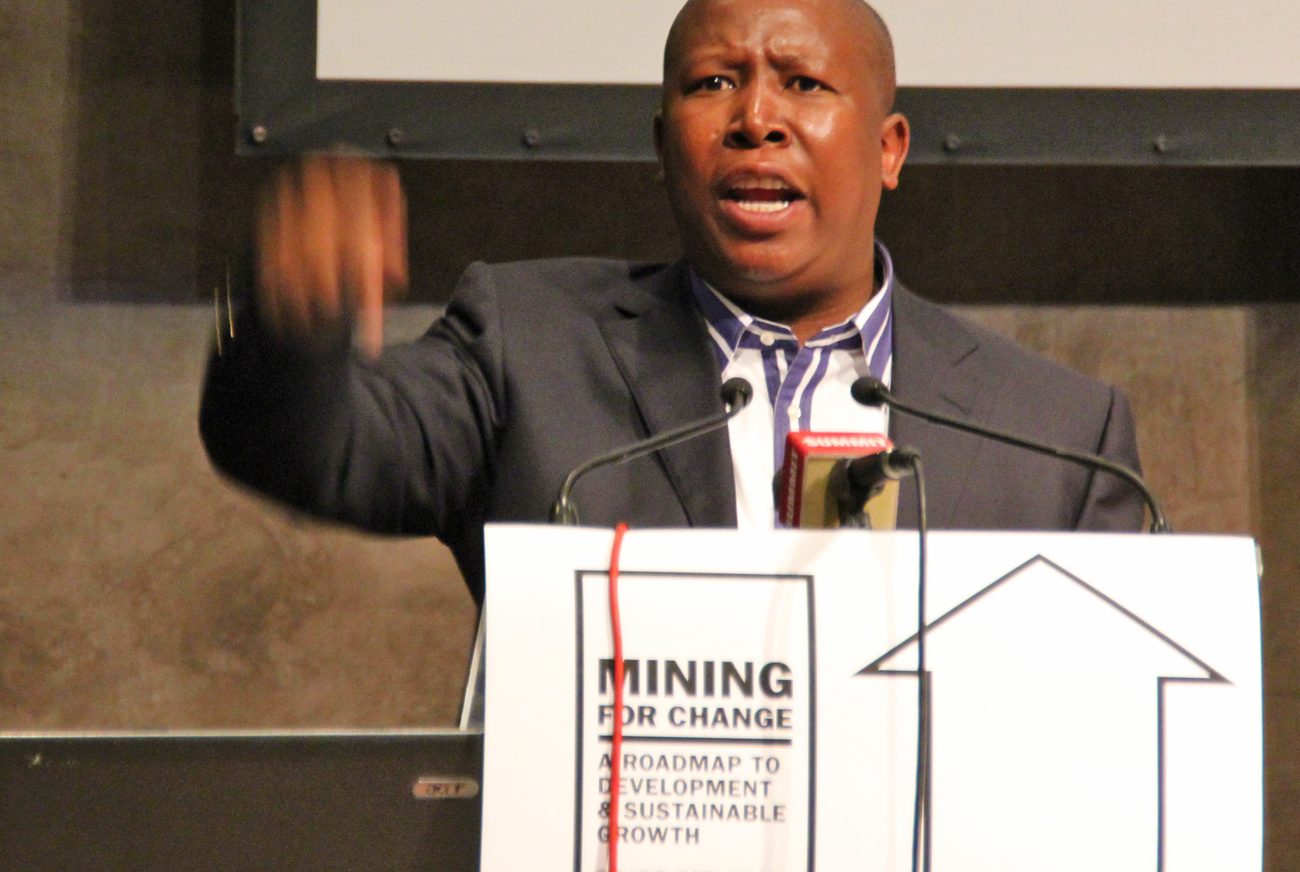 The economic argument behind the ANC Youth League's push for mine nationalisation, which it hopes to make into ANC-proper policy this month, makes absolutely no sense. There are easier, cheaper and safer ways to better achieve its stated objectives. But the plan does give Julius Malema a platform remarkably similar to the one Jacob Zuma used in ousting Thabo Mbeki. By PHILLIP DE WET.

The ANC Youth League wants the state to control a minimum of 60% of all future mines, and even expropriate (preferably without compensation) the same fraction of existing mining operations, because it needs more money. Quick.

“We cannot rely on tax… tax alone has failed to respond to the service-delivery needs of our communities,” ANC Youth League leader Julius Malema told a mining transformation conference in Sandton this week. “We can’t continue to go and loan for salaries. It is not strategic. We need more money to pay these teachers, to pay these police.”

Malema foresees an electorate who, in 2014, will look back on the preceding 20 years and ask: Where is the better life the ANC promised us? Why are we still living in poverty? The solution, he believes, is to throw more money at the problem. And with so much money being dug straight out of the ground, there is no need to look further for an extra source of revenue. The government just needs the resolve to seize what rightfully belongs to all the people anyway.

But Malema, and most vocally several communist organisations, aren’t calling for an increase in mining royalties, or an Australian-style windfall tax for mining companies. They are not proposing an extension of the write-off period for capital investment by miners, or competitive bidding system for mining rights, or any of a hundred measures that could increase state revenue from mining.

They are dead set on ownership.

One reason the state should own mines, they say, is to ensure that workers are treated better, with higher wages and safer conditions. Another is to prevent the sale to foreign companies of minerals that should be processed here, like those bloody steel mongers who are the only thing that prevents South Africa from becoming a much bigger maker of cars. Oh, and the state must also stop mining companies from wrecking the environment.

Even ignoring the obvious stupidity of some of these reasons, and the mutually exclusive nature of others, none of it makes sense. Enforcing environmental regulations is a simple matter of, well, enforcing environmental regulations. Ditto for safety standards. It is even possible to legislate minimum salaries for mine workers. All of which would be considerably easier, quicker and more guaranteed to get results than nationalisation – and probably less disruptive to the economy too.

Then there is risk. The proposal Malema is fronting calls for the nationalisation of only profitable mines, because the state doesn’t need to be burdened with failing ones (even though those are the ones that jeopardise jobs). It calls for traditional mining companies to beneficially own around a tenth of their total operations, after black empowerment requirements and the like are factored in. That leaves the burden of financing exploration and the establishment of new mines almost entirely on the state. Instead of mitigating the risk to government coffers, Malema is proposing that the state gamble tax revenue on new ventures.

Though one should give him the benefit of the doubt. Perhaps he knows a secret that will convince those holding 10% of the shares to assume 100% of the risk. Or one that allows for a 100% hit rate for new mines.

The holes in these arguments are laughably obvious, yet Malema has nailed his colours to the mast and it appears even to have solid support within the ANC. He has actively sought to be personally identified as the main advocate for mine nationalisation, and he has succeeded. And now that gives him the opportunity to save the ANC from Jacob Zuma.

That wasn’t the plan at the outset. Keep in mind that when Malema started pushing hard on nationalisation, he was still on excellent terms with Zuma, though under fire from other quarters within and outside of the ANC. Nationalisation was popular within the Youth League and made for good distraction perhaps, but Malema did not present it as a battle being fought with the parent organisation.

This week, however, Malema sought to pick a fight. Though never mentioning him by name, and avoiding direct questions, he called out the Zuma family for unfairly enriching itself via a mining deal at the expense of the poor. He separately called out ANC leaders who oppose the nationalisation of mines, effectively accusing them of denouncing the holy writ that is the Freedom Charter, tarnishing the ideals of Nelson Mandela and the ultimate sin: Not being disciplined cadres of the party, by trying to go their own way instead of implementing official party policy.

The implication is clear. The ANC is being led by a man who is poisoning it from the top, a man with a character unsuited to leading the party of the people. The organisation is in need of a leader, one who holds true to its culture and history.

When Malema’s predecessor, Fikile Mbalula, played that same card, he helped unseat Thabo Mbeki and earned himself the post as current deputy minister of police. The only question is whether Malema has picked his candidate, and his job, yet. DM