Stench of abuse of power lingers despite charges agains... 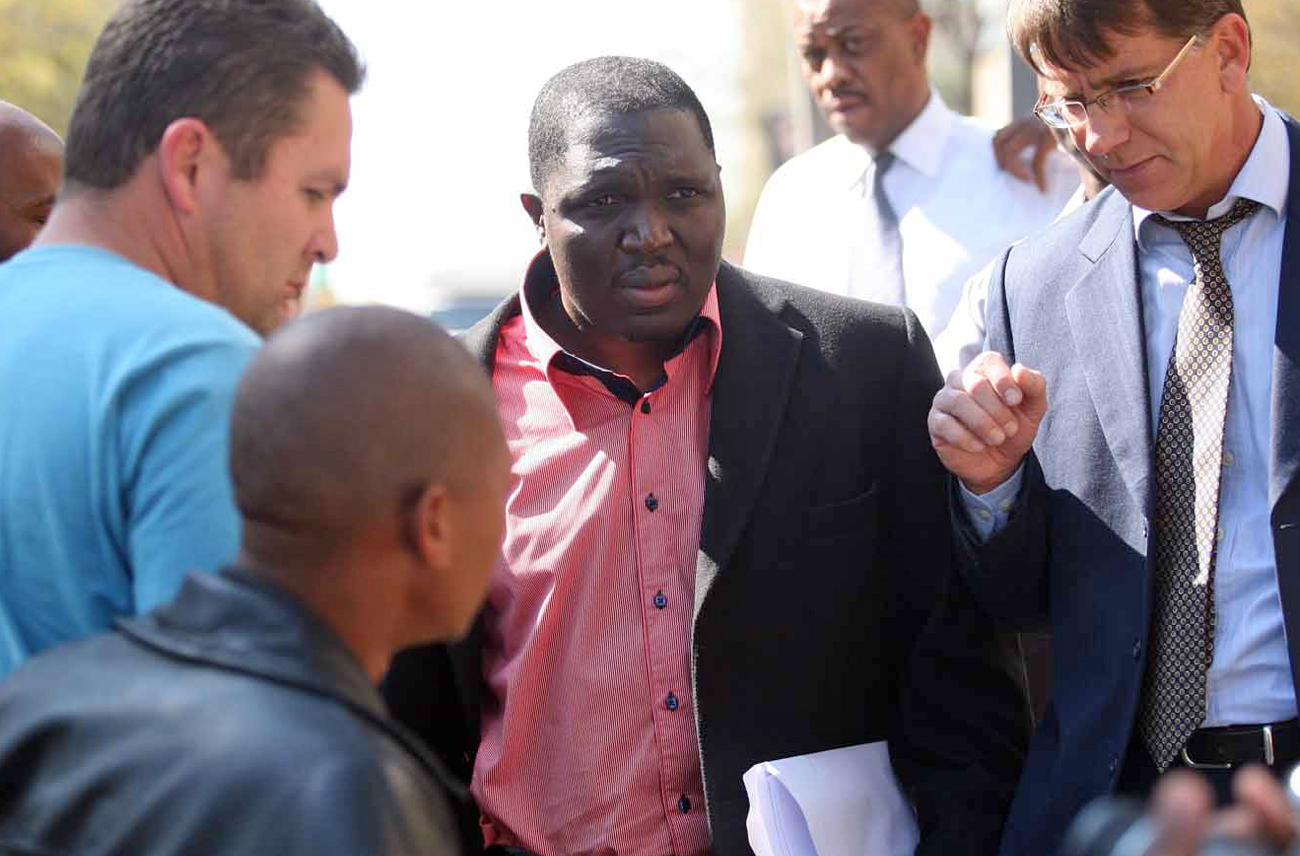 The debacle around the arrest of journalist Mzilikazi wa Afrika suggests Mpumalanga may be edging perilously close to abusing the law for personal power ploys. This must be flayed open for all to see – and prevent any further rot setting in elsewhere in South Africa. By STEPHEN GROOTES

One day we may look back on the curious case of Sunday Times investigative journalist Mzilikazi wa Afrika and see it as a turning point. A place in time when civil society, the media, thousands of ordinary South Africans and quite a few politicians realised that something was indeed rotten in the province of Mpumalanga. And that those who lead the police, the darker parts of the ANC, and one or two others realised that their power, while great, was not absolute.

It could also be a lesson to those who want to suffocate independent voices that intimidation is a bad choice of tactic.

For now the charges against Wa Afrika have been “provisionally withdrawn”. A less-than-legal definition of this would mean that he no longer faces the charges, but that they could be re-instituted sometime in the future. And if you think that’s a face-saving device for the National Prosecuting Authority, you’d be right. Even in the beginning, Wa Afrika and his co-accused (more on him in a moment) had been told to come back to court only in November. That meant the police and the NPA had another two whole months to come up with evidence, to make some kind of case. And it’s not as if they’re without resources, as it was obvious that they have access to manpower and money. But they know already that they can’t make a case that would stick.

Either they are staggeringly incompetent, or they have another card up their sleeve. (We presume the Sunday Times is helping keep Wa Afrika safe.)

For the record the charges he faced, that justified a whole team of Hawks (remember, the “priority” crimes unit) descending on him to spirit him off were forgery, fraud and uttering. Along with Victor Mlimi, he was accused of creating a letter of resignation by Mpumalanga Premier David Mabuza and then faxing it on.

We said at the time that there were several people in this saga who had plenty of questions to answer. In particular, we wanted to know from senior Mpumalanga police officers why they asked Wa Afrika political questions, what was the role of Menzi Simelane in all this (and had he put pressure on the local prosecutors) and in particular, what conversations did Mabuza have with national police commissioner General Bheki Cele?

The Sunday Times has already hinted, in a tweet by its editor Ray Hartley on Tuesday, that they may sue for wrongful arrest. We sincerely hope they do. From what we can see, Mpumalanga is coming close to resembling a police state. It took the resources of the biggest newspaper in the country in the angriest kind of mood to get Wa Afrika out. While they were able to use the law and the national outcry, they still need to keep the momentum. The only way we as a country are going to get any answers from any of the above role-players is if they are called to give testimony under oath. There should be a legal way to get Mabuza and friends on the witness stand and to ask them what they had to do with the debacle.

But the real fun part of such a case would be watching them describing why they decided not to go ahead with the case in the end. It must have been a really depressing conversation for them.

There is another aspect we need to watch. We think pressure may have been placed on the prosecutor in Nelspruit to institute these charges in the first place. Remember, first they decided not to press charges at all. That was the point where the whole arrest definitively crossed the line into illegality. The number of people needed to arrest someone could be at the arresting officer’s discretion, but once the prosecutor decides not to prosecute, the person must be released. Wa Afrika wasn’t, and then the prosecutor changed his mind after “further engagement” with the police. So did a small-town prosecutor successfully stand up to his boss in Pretoria. We hope they belong to a union, because in the past people who’ve tried that since Simelane took over have found themselves mysteriously “re-assigned” (which is not the same as “re-deployed”). It is likely that the prosecutor was able to show how any magistrate would throw out the charges, and that in the end, the people who made this decision realised that would be far more humiliating.

For now, in these troubling times, South Africa still passes the soapbox test (whether you can stand on a soapbox on a street corner and say that the leaders of the day should be chucked out). But we do believe that Mpumalanga is close to failing it. And once that tendency starts, it will spread. It must be stopped here and now. We hope the Sunday Times goes through with its intention to sue. It’s vital for South Africa to know what exactly happened, and who was involved. And it’s even more important that people who try to use the police for settling personal issues can lose in a country where law still rules. DM