Madonna before Madonna: The woman who introduced Miles to Hendrix finally speaks 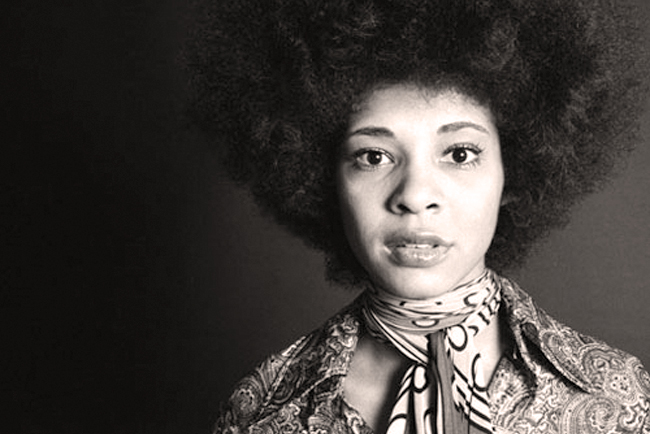 The label that’s just re-released her long delisted albums reckons that Outkast, Prince, Erykah Badu and The Roots couldn’t have existed without her influence. But Betty Davis missed the musical fame that seemed destined for her, and is instead remembered as Miles’s second wife, the founding muse of jazz fusion. By KEVIN BLOOM.

In Miles: The Autobiography, first published in 1989, Miles Davis writes: “If Betty were singing today she’d be something like Madonna; something like Prince, only as a woman. She was the beginning of all that when she was singing as Betty Davis. She was just ahead of her time.”

The woman the jazz legend was referring to with those words was his second wife, born Betty Mabry, who he met in 1967 when she was a wild 23-year-old working as a model in New York. Back then, Davis’s star was in the decline – the god-like status he’d achieved in 1959 with the release of the seminal album Kind of Blue was fast becoming a memory; he’d been consigned already to the sounds of an era before the Black Panthers, Vietnam and the sexual revolution. Were it not for his brief marriage to Betty, Davis would never have discovered in himself the still-latent genius that would go on to concoct Bitches Brew and define a new genre of American music, jazz fusion.

The start of it all was a meeting with Jimi Hendrix, whose music Davis had been introduced to by his young wife (up until then, his staple fare had been other jazz and the classical composers). Hendrix had liked what Davis had done with Kind of Blue, and due to the trumpeter’s reciprocal feelings for the rock guitarist – brought on entirely by Betty – he was open to the suggestion of a collaboration.

Davis didn’t mind at all that Hendrix couldn’t read music, and recalls in his memoir: “He had a natural ear for hearing music. So I’d play different shit for him, show him that way. Or I’d play him a record of mine or [John Coltrane’s] and explain to him what we were doing. Then he started incorporating things I told him into his albums. It was great. He influenced me, and I influenced him, and that’s the way great music is always made. Everybody showing everybody else something and then moving on from there.”

Bitches Brew, released in April 1970, was Davis’s first gold record, selling faster than any jazz record in history. It continued the loose experimentation with electric instruments featured on In a Silent Way, but replaced classic-style jazz rhythms with rock-influenced improvisations. While old-school critics and fans loathed the album (Bill Meyer wrote that “Davis drew a line in the sand that some jazz fans have never crossed, or even forgiven Davis for drawing”) it got a four-out-of-four rating from The Penguin Guide to Jazz (which called it “one of the most remarkable creative statements of the last half-century”). The album was also ranked number 94 on Rolling Stone magazine’s 500 greatest albums of all time.

Fusion would pretty much lose its way as an art-form after Bitches Brew. In the late 1960s, though, when the forces that would shape it were being forged, Betty Davis was at the centre of the factory. In the year that she and Miles were married, she discarded his Establishment-type suits and selected a whole new wardrobe for him, dressing her man in the leather pants and psychedelic scarves that would soon come to symbolise his new musical sensibility – along with Hendrix, Betty was responsible for introducing Davis to Sly Stone and James Brown.

But according to Davis, Betty was “all sex,” a rocker and a streetwoman who eventually proved too out-of-control. He also accused her of having an affair with Hendrix, which Betty flatly denied. Davis, as his memoir makes clear, never believed his wife and in 1969 handed her papers for divorce.

Betty Davis’s debut album was released four years later, and included the funk masterpiece Anti Love Song – the lyrics of which were believed to be directed at her famous ex-husband. The website Allaboutjazz.com echoes Miles’s belief that the reason she never became famous in her own right was because she was ahead of her time: “Unfortunately for Betty, America was not yet ready to embrace a woman with such an explicitly sexual persona. Her outrageously flamboyant image eclipsed her talent. Several of her live shows were boycotted by religious groups and even canceled.”

This year, following the re-release of her long delisted albums by Light In The Attic Records, Betty Davis has emerged from a self-imposed seclusion that’s lasted more than thirty years. In an interview that ran in the Observer on 5 September, she told journalist Neil Spencer who it was that actually named Bitches Brew: “Miles wanted to call it Witches Brew, but I suggested Bitches Brew and he said, ‘I like that.’ Contrary to what some people said, there was nothing derogatory about it.”

Aside from the further denial that she had an affair with Hendrix – and her insistence that it was Miles’s temper that broke up the marriage – there’s not much else that the journalist managed to squeeze from the rare interview. Still (and probably more importantly), Spencer does manage to resurrect interest in an artist who could once have been huge. Consider his use of this observation by Carlos Santana: “[Betty Davis] was the first Madonna, but Madonna was like Donny Osmond by comparison.” DM

Read more: Allaboutjazz.com on Betty Davis, Neil Spencer for the Observer, Light In The Attic Records on the Betty Davis re-release.