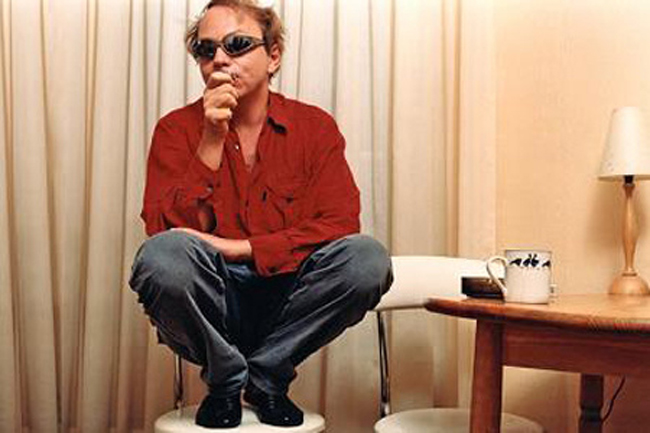 The French version of online publication, Slate, has drawn attention to a startling similarity between certain passages in Michel Houellebecq’s latest novel and entries on Wikipedia. Houellebecq argues that he’s done nothing wrong in using a stylistic technique he calls “a kind of patchwork, weaving, interlacing”. THERESA MALLINSON begs to differ.

Thanks to the Internet, it’s easier to plagiarise than ever before. For the same reason, it’s also easier to get caught. But does anyone really care? Taking the literary world as an example, you’d expect writers would think twice before “lifting”, considering the harsh penalties they face if  exposed. Authors who plagiarise are stripped of their royalties, their publishers are heavily fined, they face plummeting book sales and they become personae non grata in the literary world. Yeah, right.

What happens in real life, is that accusations and counteraccusations are made in various literary journals and the media for a few days or weeks, and then … well then, everyone just forgets about it, a pattern that followers of the South African literary scene will appreciate. While the debate is still raging, the author will generally offer some sort of defence. There’s the particularly weak: “I read the book years ago. I have a photographic memory, but didn’t consciously copy the excerpt” argument. There’s the: “I’m sorry, I made a mistake, and I’ll credit my sources in the next edition of the book” defence, which at least acknowledges responsibility for the offence. Then there are those authors who genuinely don’t understand that they’ve done anything wrong.

French author Michel Houellebecq falls into this latter group, as shown by his response after the French version of Slate published an article, “Houellebecq, the possibility of plagiarism”. The author of the article, Vincent Glad, asserts that Houellebecq has taken three passages of his latest novel, La Caret et La Territoire (The Map and Territory) from Wikipedia, one from a French government website and another from the website of a French hotel. (If your French is up to it, you can compare versions here and judge for yourself.)

Houellebecq responded in a video on French website BibliObs by describing the accusation as “ridiculous”, saying that incorporating such passages was part of his method, and citing the influence of authors such as Jorge Luis Borges and George Perec in his defence. So far, so good – incorporating texts from other sources in a creative work is nothing new. The problem is that Houellebecq failed to acknowledge it.

Houellebecq’s novel isn’t an academic paper or a piece of journalism, and it clearly would’ve defeated the point, not to mention been dreadfully clumsy for him to include quotation marks and a Wikipedia citation in the main body of the novel. Fair enough. But that’s no excuse for not acknowledging the usage in a discreet note at the end or beginning of the book.

Another point to reflect upon, considering Houellebecq’s response to the affair, is whether his borrowings from other sources are justified in what they add stylistically, and conceptually, to the novel. We haven’t read it, and so aren’t in the best position to make a judgement call. But someone called Peter Wright posted a comment on the original Slate article pointing out that, never mind the plagiarism debate, Houellebecq’s style is so hollow as to be virtually indistinguishable from Wikipedia in any case. Okay, we get it: Houellebecq’s recourse to Wikipedia is some postmodern joke that’s clever or funny only if you’re a Gallic professor of literature. Let them have him have his fun – if he acknowledges the original source that’s an integral part of the humour.

Plagiarism is a catch-all term which can include stealing ideas, copying structure, as well as using chunks of text verbatim. The first two instances are arguably sometimes perceived as a grey area. But when it’s case of copy-and-paste (even with a token bit of rewriting thrown in), then it really is black-and-white.

Such clear-cut instances of plagiarism are intellectually and ethically dishonest and have no place in academia, journalism, or literature. You’re welcome to quote us on that, verbatim. Just don’t forget to mention your source. DM