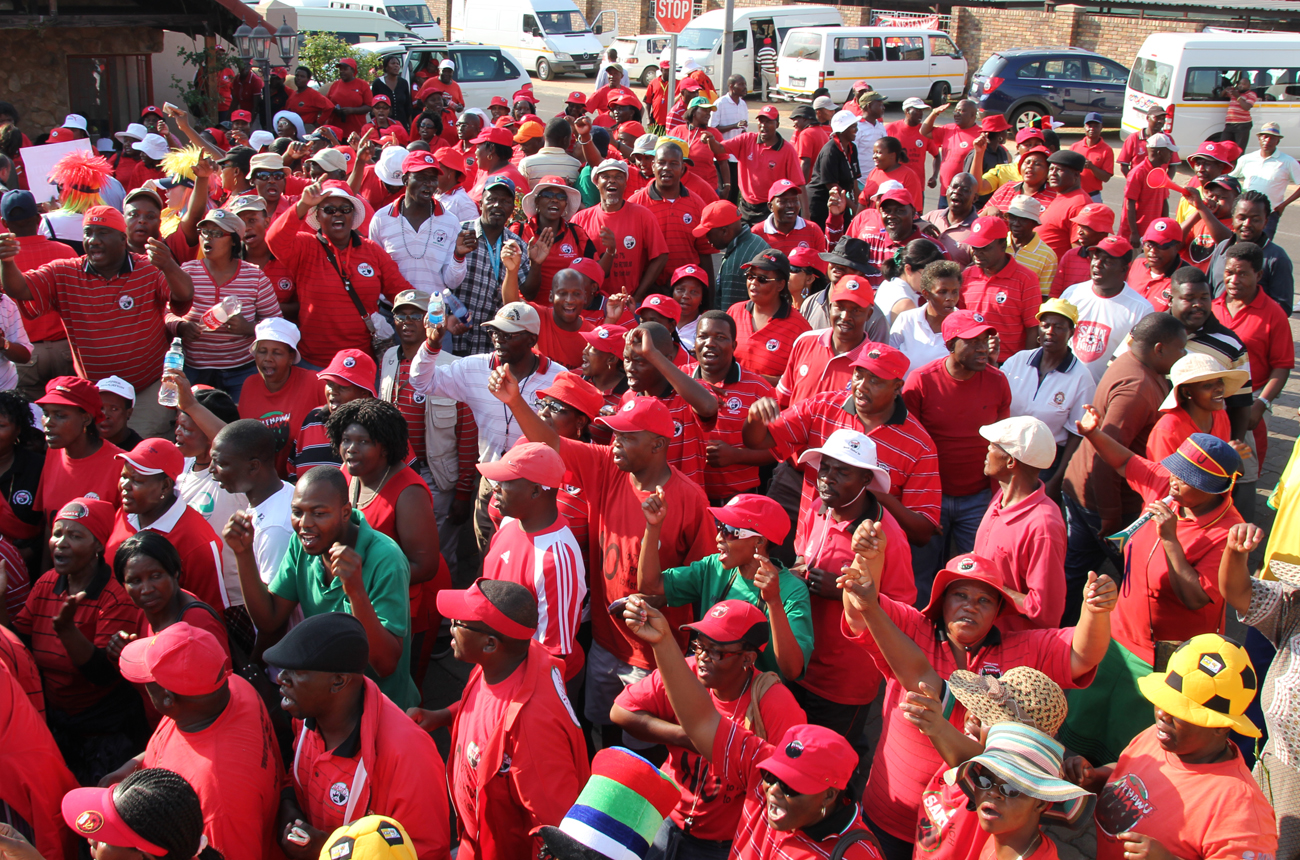 Government unions announced on Monday afternoon that their three-week-long strike was being suspended, with immediate effect, though not accepting the state’s current wage offer. Which allows them to claim victory and set a floor for new negotiations, while still pushing for better terms. And sniping at President Jacob Zuma all the while. By PHILLIP DE WET.

In a season of negotiations in which the government has won exactly one battle, by keeping police and prison warders on the job, this must rate as the most punishing defeat yet. Public service unions have managed to stay united, with no group breaking ranks to formally accept the current settlement deal, while maintaining a threatening posture. Now they intend to hold the government to its latest offer (the one it says will mean money has to be diverted away from building schools and hospitals and houses in favour of paying workers), while still pushing for more concessions.

The number one issue, we believe, will be a soft demand that workers’ salaries not be docked for the time they spent on strike, as a show of good faith to seal the deal at current levels. That would allow the unions to – rightfully – claim total victory.
The threats of what would happen should members not be happy with the deal they get aren’t subtle either. “Everything is possible if this is not accepted” by members, said SA Democratic Teachers Union chairman Thobile Ntola. “If the employer thinks we are tired, we are not tired at all.”

But union members are tired. In recent days it has become increasingly clear that strike fatigue is setting in, with union members dribbling away from protests and back to work, and public sympathy likewise declining.

Faced with the prospect of a strike that simply peters out, leaving the unions without a clear show of dominance over the government, and Cosatu without a clear victory over the ANC, the 21-day suspension of the strike is a masterstroke. Three weeks is considerably more than the unions need to consult members and explain the terms of the current offer, as union leaders claim they’ll be using the time, but just enough time for a breather. It does not seem at all far-fetched that the more militant unions, including those of teachers and nurses, could go back on strike after three weeks. Especially not when they have the hope of regaining three weeks worth of lost wages.

The government would prefer to believe that union leaders need time to convince workers that the current government offer is the best they can possibly hope for, as government spokesman Themba Maseko implied on behalf of the government on Friday. That may be the impression negotiators are giving while at the negotiating table, but if so they are singing a very different tune when talking to their members. On Monday afternoon leaders again accused President Jacob Zuma personally of failing to take worker demands seriously, by travelling to China in the middle of negotiations. They accused the government of single-handedly causing workers to go on strike by insisting that several consecutive offers was each the absolute best that could be done. They claimed that the strike was not so much about money for their members, as about public service delivery for all South Africans, which can only begin with sufficiently motivated civil servants.

In short, they continued to paint the government, of which many are a part by way of Cosatu, as uncaring and intransigent. Which does not at all sound like leaders trying to defuse the anger of their members. DM