Will ETA bask in its cease fire?

Will ETA bask in its cease fire? 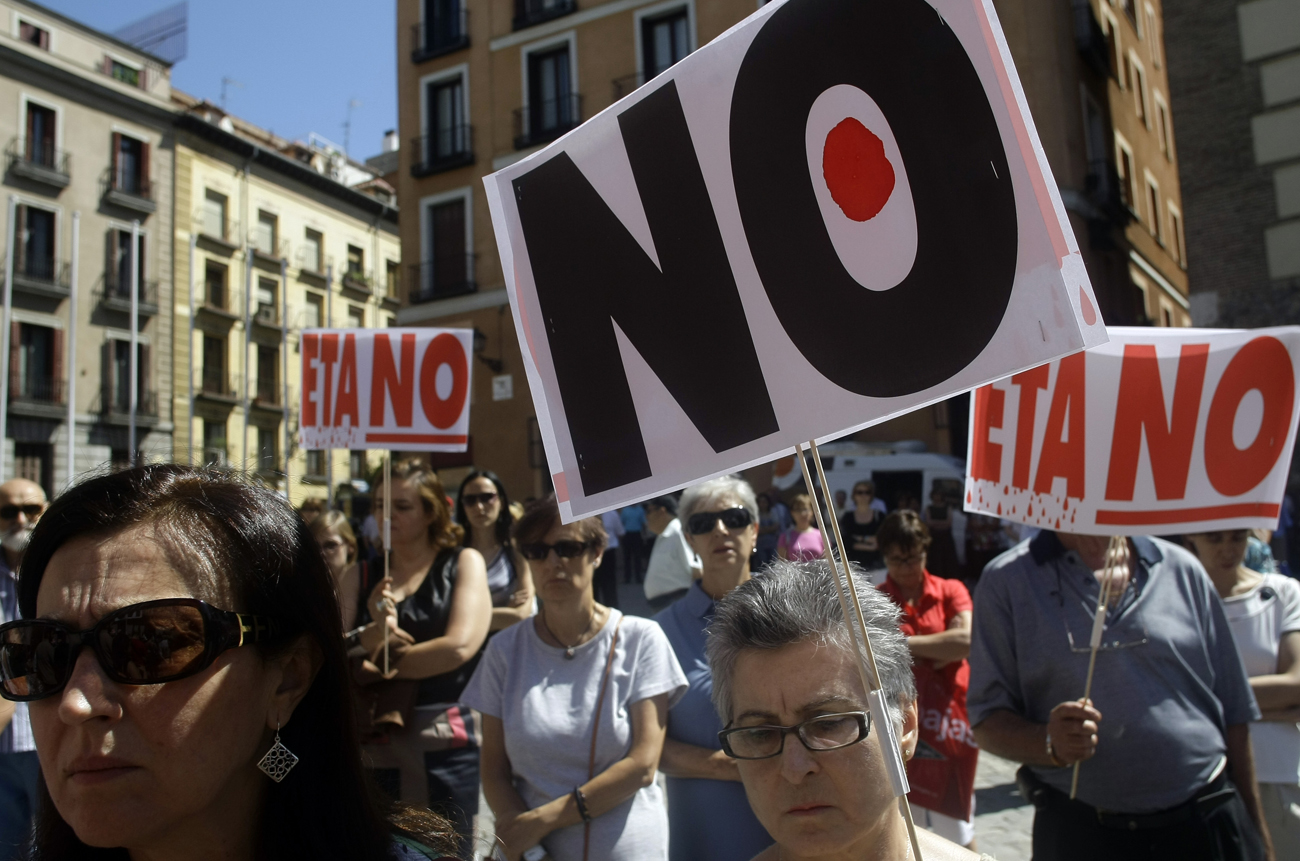 Apparent peaceful overtures and signs of softening its hardcore militancy in favour of genuine negotiations, could make a truce with the infamous Basque movement, ETA, a crowning achievement in a year of famous Spanish victories. By J BROOKS SPECTOR.

It may be a major strategic change of policy for the Basque separatist group, ETA, or it may just be a tactical shift to set the stage for peace talks with the Spanish government. Regardless of its ultimate motives, ETA, (or Euskadi Ta Askatasuna, the “Basque Homeland and Freedom”), released a video on Sunday to announce a cease-fire in its struggle against the Spanish government. For many years, Spanish government policy (regardless of who has been in charge) has been that ETA must lay down its arms and tell the government where those weapons are stashed before discussions can begin.

Specifically, the statement declared “ETA makes it known that as of some months ago it took the decision to no longer employ offensive armed actions”, and that it will not “carry out armed actions” in its campaign for independence. This decision apparently flows from an unprecedented debate within the Basque nationalist community about the way forward.

“We call on all Basque citizens to continue in the struggle, each in their own field, with whatever degree of commitment they have, so that we can all cast down the wall of denial and make irreversible moves forward on the road to freedom.”

Not surprisingly, this is being read by some analysts as an indication ETA is finally ready to try out the “democratic process” to achieve an independent Basque homeland in northern Spain and south-western France. Previously, the European Union and the US listed ETA as a terrorist organisation. ETA attacks have killed at least 825 people since its terrorist campaign began in the late 1960s.

But doubters about ETA’s comprehension of the full meaning of “cease fire” point out that ETA previously announced a “permanent cease-fire” in March 2006, only to explode a car bomb at Madrid’s Barajas Airport on 30 December that year that killed two people. However, ETA’s strength has been weakened recently from the arrests of several of its leaders in Spain, France and Portugal, and after police discovered an ETA bomb-making factory. This may to be forcing a reconsideration of tactics within ETA.

ETA was founded in 1959 to work to win an independent Basque state that would include parts of north-eastern Spain and south-western France. Over the years, 350 civilians (out of some 825 deaths overall) have died in attacks that have included assassinations of politicians, car bombs placed outside police stations and indiscriminate bombings in parks and shopping centres. On 29 July 2009 – perhaps to mark its 50th  anniversary – ETA set off a powerful car bomb outside a police barracks in the northern Spanish city of Burgos, injuring almost 60 people. Then, the next day, another bomb adjacent to a police facility in Majorca killed two policemen. Analysts say the arrests of some of the group’s key leaders such as Mikel Kabikoitz Carrera “Ata” Sarobe and Arkaitz Agirregabiria during the past year by both Spanish and French police have put renewed pressure on ETA. Moreover, the group appears to have been weakened by an internal power struggle between hard-liners who want to continue the violence and those who now want a political solution.

Though the group once had significant levels of support, public anger with ETA has grown as its targets moved from the military and the police to civilians. For example, more than half-a-million people protested in Madrid after an ETA shooting of a university professor. Concurrently, popular frustrations have increased towards successive Spanish governments that have been unable to deal effectively with ETA.

Historically, the Basque people have tried to assert a national autonomy as part of the Kingdom of Navarre, during the Carlist wars of the 1830s, and then as part of Republican Spain in the 1930s and during the Spanish Civil War. On the Iberian Peninsula, the Basque regions were among the first to be affected by heavy industry like iron and steel and large numbers of Basques have emigrated to the Americas (especially to the US, Canada, Chile and Mexico) and Australia.

Since dictator Francisco Franco’s death in 1975, regions like the Basque and Catalonian areas have gained considerable autonomy, and most Basque nationalists, except for ETA and its supporters, have apparently agreed that a further expansion of home rule will come through legal means.

People of Spain might feel that 2010 is their year. They are the soccer world champions, won the Tour de France and they have Rafael Nadal. A peace deal with ETA would make this year a great one indeed. DM

Main photo: People hold banners that read “No to ETA” as they observe a moment of silence for the killing of two police oficers, outside Madrid´s town hall July 31, 2009. A bomb placed under a police car killed two officers on the Spanish holiday island of Mallorca on Thursday, in what authorities called the second major attack by the Basque separatist rebel group ETA in two days. REUTERS/Susana Vera.