'Tuesdays With Morrie' - moments to remember

‘Tuesdays With Morrie’ – moments to remember 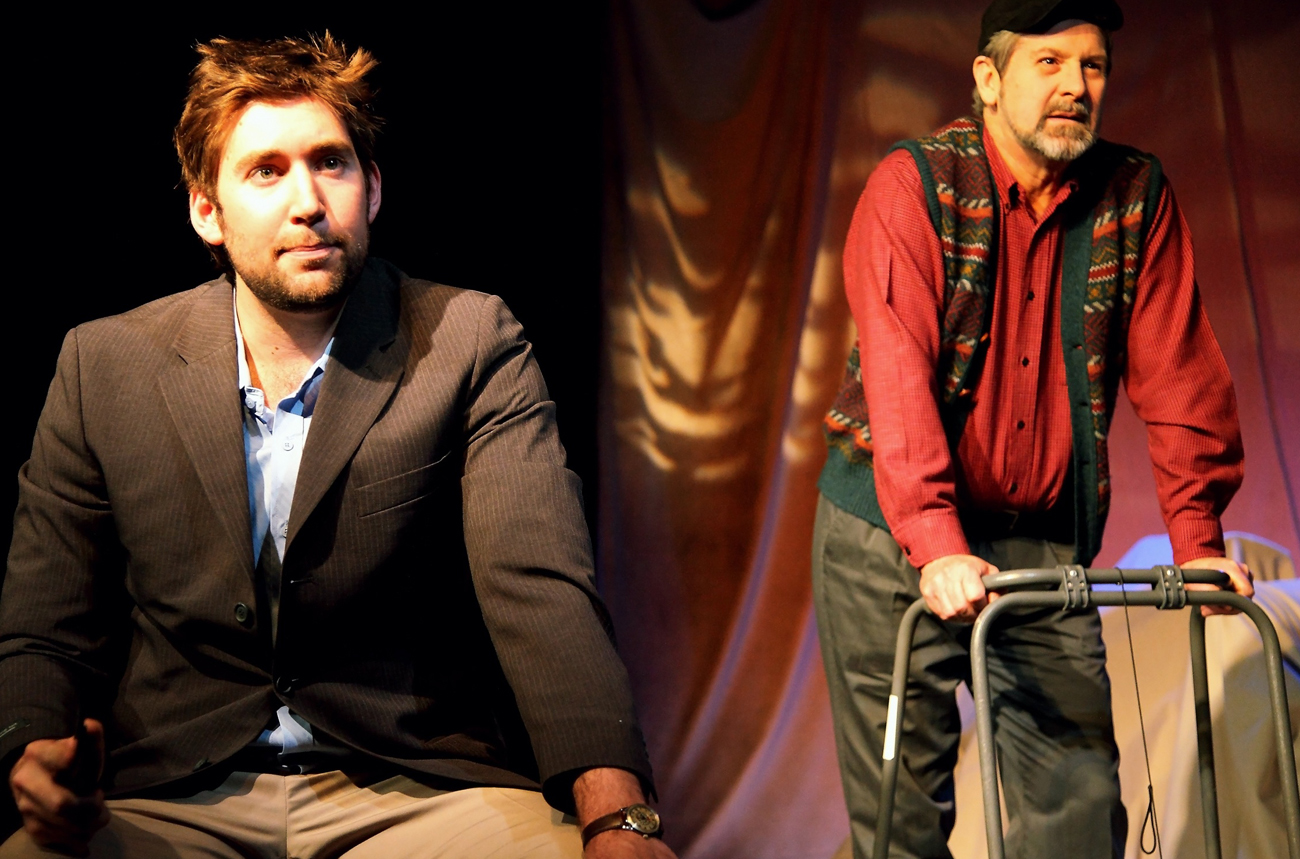 A man sits in a wheelchair for more than an hour, barely moving a muscle except for his eyes and mouth. Yet he gives a spellbinding performance bridging the chasm between life and death. By LESLEY STONES.

The audience collectively laughs, sniffs and wipes away a tear as they watch a once-vibrant professor succumb to a degenerative nerve disease.

“Tuesdays With Morrie” sounds like sombre stuff, but Morrie’s descent into death proves the catalyst for his former student Mitch to finally take charge of his life. It could almost do the same for the audience, with Morrie sharing words of wisdom that make you question whether you are really living life to the max, or just pottering your way along until death comes to take you too. Graham Hopkins makes a magnificent Morrie, all knitted tank tops and salt-and-pepper beard, and a wonderful way with words that should turn his graduates into lifelong disciples.
Asher Stoltz plays Mitch Albom, the once go-getting student who settles for less than his talent could have made him, and lives a materialistic life with no time to think about the paths he is automatically following.

“Tuesdays with Morrie” is a true story, co-authored by Jeffrey Hatcher and Mitch Albom himself. Their book has been on The New York Times Bestseller List for more than 10 years and has sold 8 million copies. The engrossing play tells the story in less than 90 minutes, giving you laughs, sorrow and oodles of philosophy between the dynamic professor’s dancing debut and his paralysed demise.

Sixteen years after his graduation, Mitch sees Morrie being interviewed on TV and guilt, pity or perhaps curiosity make him pay the dying man a visit. That turns into a weekly cross-country pilgrimage, and Mitch becomes a student again, this time learning lessons about life. Stoltz is equally brilliant as Mitch, talking to the audience to explain and defend his own life as he comes to realise how shallow the trappings of success now feel. The pairing of Stoltz and Hopkins works magically, both producing exhilarating performances that hold the audience enthralled.

“Tuesdays With Morrie” runs at Sandton’s Old Mutual Theatre on the Square until 2 October.