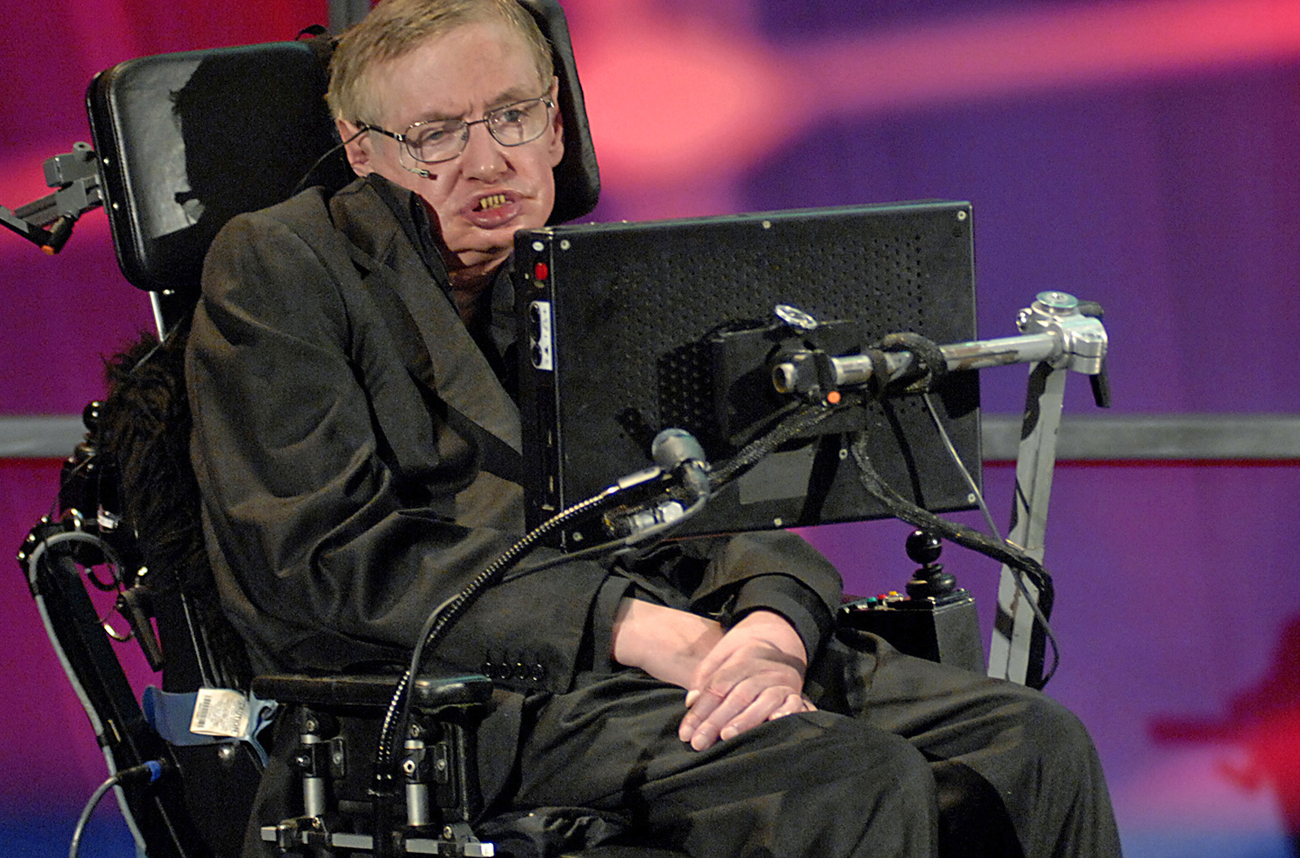 The gargantuan intellect that is Stephen Hawking, who has more letters after his name than in it, and who retired  as Lucasian Professor of Mathematics at Cambridge University only a year ago, has now more or less retired God as well.

He doesn’t have an actual replacement – yet – but when M-Theory is “proven”, Hawking believes that should kind of do it for God’s role in the universe.

For many years, the ultimate goal of science has been the Theory of Everything: The one comprehensive theory that will explain all the mysteries and apparent contradictions of physics in one fell swoop. Thirty years ago, Stephen Hawking proclaimed that such a theory was virtually around the corner, with a good chance of the new millennium seeing its discovery. But while the grand, unifying theory still remains a pipe-dream, Hawking is still attempting to explain away the many mysteries of science even without theory of everything. And without God, of course.

His latest book, The Grand Design, co-authored with Leonard Mlodinow, is his first book on popular science in 10 years. It spans the emergence of modern physics, and follows the path of relativity, quantum mechanics and various theories of cosmology, and even speculates on multiple universes as well. Its engaging and explanatory tone, and helpful illustrations, make the book an excellent introduction to theoretical physics for the layperson or for the science enthusiast. And, it also claims to answer the ultimate riddle of existence. Yeah, right.

The basis for this claim is the current favourite, superstring theory. String theory has gone through a distinct evolution of its own. In the 1990s, there were multiple explanations for it – as many as five! However, early on in the decade, scientists noticed that in conditions of low energy, transformation was making one mathematical theory look similar to another, which looked suspiciously as though they were two versions of the same theory. One of the string theories was even found to be the “double” of a theory that relates to membranes as well called 11-D supergravity. This theory of supergravity is considered to be one facet of the grand theory of everything, also called the M-theory.

And just to make it all the more impossible to grasp, the authors go on to declare that reality can only be explained by the means of a “model-dependent realism”, which holds that there are many windows to reality, but none of them is complete, and there is no reality which is independent of the theories that explain it. This would mean that there is no hope of finding a single unified theory after all – just a lot of different string theories. Photo: Leonard Mlodinow, the co-authotor of the The Grand Design. (Photo: The Kansas City Public Library)

But the authors use the term M-theory for the comprehensive mishmash of string theories as well. So while they aren’t sure whether a unified theory exists, they remain confident that the M-theory can explain the conundrums of life after all. Why we exist, why the universe follows a certain set of laws, why there is matter in the first place – all these, we are assured, can be answered using the M-theory, which means we don’t need the presence of God to answer any of these questions after all. A multiverse explained through string theory, and some anthropic reasoning could suffice.

This agnostic view may come as a shocker to a lot of people. Indeed, the fresh furore over The Grand Design has led to headlines splashed across the front pages of newspapers everywhere. The London Times proclaims “Hawking: God did not create universe”. But this is no new belief for Hawking, nor has his book decisively proven the non-existence of God. (For more reading on this subject, try Douglas Adams’s Hitchhiker’s Guide to the Galaxy and his response to the ultimate question. – Ed)

Hawking has been known for his controversial views on agnosticism and has claimed that he is not religious. At the end of his bestselling work, “A Brief History of Time”, he compares God to the laws of nature and says, “If we discover a complete theory, it would be the ultimate triumph of reason – for then we should know the mind of God”. This view is, interestingly enough, similar to the one taken by Einstein, who famously quipped, “I cannot believe that God plays dice with the cosmos”. He was quoted as saying that the concept of a personal God is an anthropological idea, which he finds hard to fathom.

Hawking has often avoided controversy by stating his beliefs in similar terms. In 2001 he was quoted as saying he believes in science and believes there are certain fundamental laws that govern the universe. People might choose to believe the laws are God’s work, but in his opinion, the laws give a definition of God, but don’t really prove his existence.

Does the universe arise from scientific processes, or is it the work of God? Hawking’s answers might be ambivalent and his books might force us to question our beliefs, but one thing is clear: The issue is more important now than ever before.

The current furore over his “remarks” is a telling example of how God and religion are often intertwined with science in the public’s mind. Just think of the Higgs boson, a.k.a. the “God Particle” that has become so much a part of popular culture its apocalyptic potential forms the basis of Dan Brown’s novel, “Angels and Demons”, now a super-blockbuster movie starring Tom Hanks – and making megatons of money for everyone involved. Now, with Hawking’s book looming large in the public discourse, the centuries-old debate over science and religion is bound to get incandescent.

Main photo: Stephen Hawking speaks at his official welcoming ceremony at Perimeter Institute For Theoretical Physics in Kitchener June 20, 2010. Hawking will be conducting research at the facility. REUTERS/Sheryl Nadler