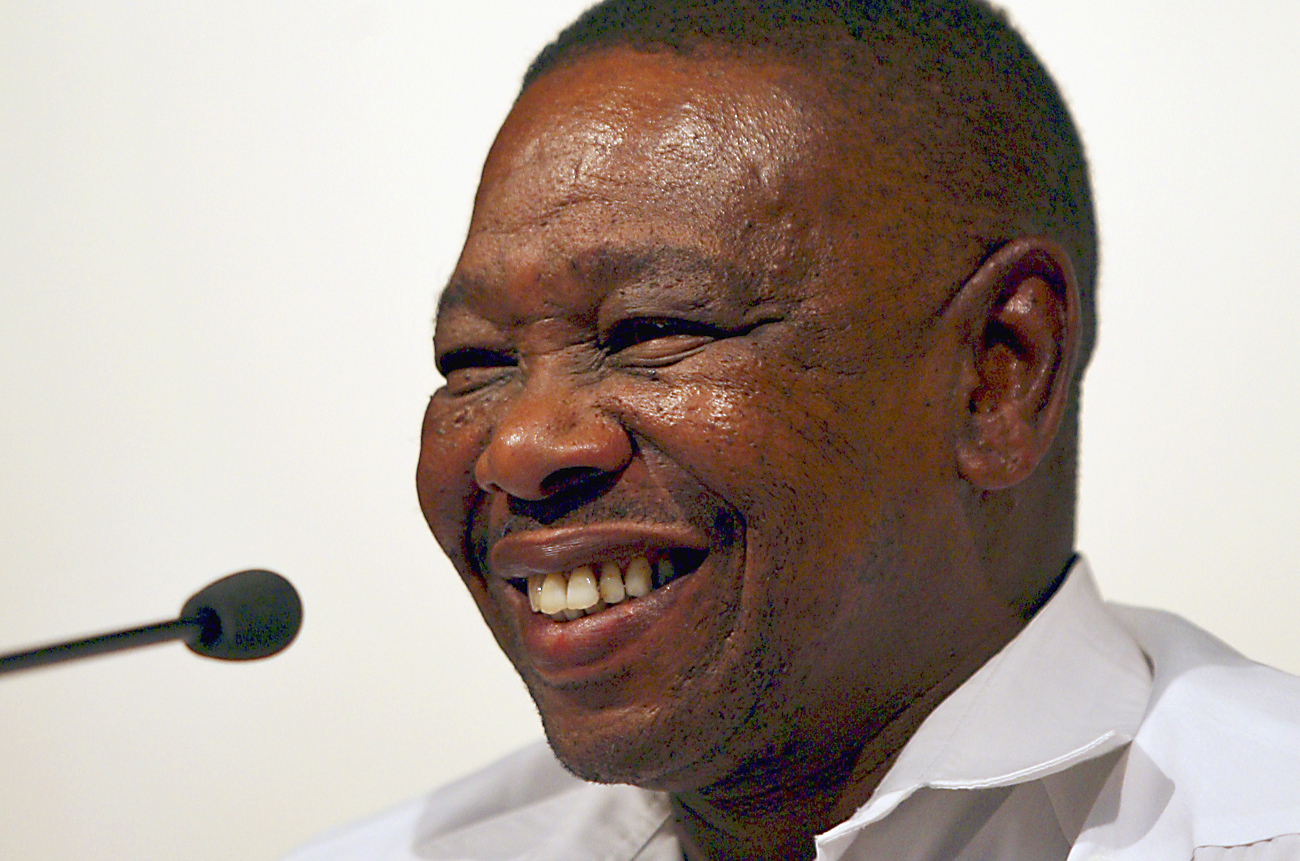 Where is the SA Communist Party these days? One would think that when bigger members of the alliance start to shout and scream at each other, the smallest and quietest member would start to make some hay. You know, it gets a chance to speak too, to say what it wants to say. And yet, it’s virtually gone underground. By STEPHEN GROOTES.

Part of the problem seems to be an uncertainty over where the communists stand on the current media freedom debate. First, there was their leader Blade Nzimande’s “the media is the greatest threat to democracy”, a statement so ridiculous it made Julius Malema’s “bloody agent” look positively mature and well-thought through. Then there was Jeremy Cronin’s analysis of the media, how it works and some of the problems with it. While devoid of polemical spice this time, it carried the usual Cronin trademarks, it was intelligent and honest, but obviously rather lefty.

Then the SACP’s central committee met at the weekend and came up with something more Jeremy than Blade. It was sharp and clearly had been informed by some of Cosatu’s thoughts on the matter. Their view is now that the media has problems, but must be protected from factional in-fighting. In a way, it seems they realise that there’s a chance the media could just be collateral damage in a fight between the political elephants. Its main criticism of the media has shifted to media owners, and not journalists. In fact, it seemed to have a little bit of a pity for reporters when it suggested they are given unbearable workloads and too little time. In short, the SACP believes reporters are workers too.

But completely missing from its statement was any mention of what had really been the big political story of the previous few days, the Youth League’s booing of Buti Manamela. Can you imagine Malema being booed by a political organisation and that not being condemned by the ANC? Even at his worst, he was protected by the mother organisation, because that’s what mothers do. Even though Malema had apologised, and then claimed that it was “not a sarcastic apology”, surely the SACP should have said something. But nope, just silence.

Now just step back a bit. This is at a time when the leftists (the SACP and Cosatu) are battling it out against the nationalists and the tenderpreneurs (um, the Youth League and some others). Any advantage must be pushed to the hilt. Malema gave the SACP one, and they just left it. Sure, some may argue they’re playing a longer game, but quite frankly, they should be using their voice now; this very moment may be the watershed one. Any nuance or subtlety the SACP may claim will frankly be ignored by its political opponents, lost in the many screaming matches happening all over the political spectrum. From what we can see, the silence wins absolutely nothing.

The crucial problem here seems to be confidence. From their side, they would no doubt claim they’re very vocal, but are just ignored by the imperialist media. Well, if you’re going to insist on having your big press conferences on a Sunday, that’s your problem. But we have to ask if Blade Nzimande’s decision to go into the big tent of the ANC NEC, and the even more troublesome tent of cabinet is now making life difficult for him within his own ranks.

Contrast his behaviour before and after Polokwane with that of Zwelinzima Vavi. Both men of considerable ambition, Vavi and Nizmande were on the same page when it came to backing President Jacob Zuma. Since then, Nzimande has grown quieter and quieter, his image probably damaged by the acceptance of a cabinet post and all the trappings that come with it. Following that, the only brave thing the SACP seems to have done since Polokwane was to boo Malema at its special conference last year. Strategically, Vavi has done the complete opposite, retaining the outside position that gives him moral power to lash the ANC’s shortcomings. And, as you may have noticed, Vavi and his troops have been rather vocal about what they see as Zuma’s failure to deliver on his promises.

The communists are supposed to be the clever boys of the revolutionary movement. But where is their voice? It’s one thing to be the clever kid in the corner issuing missives that no one reads, but sometimes the country needs the nerds to speak up, to add the voice of reason to the debate. Unfortunately, that requires confidence brought by the sense of long-term direction and purpose. And in today’s rather rudderless South Africa, steady direction and purpose are few and far in between. DM