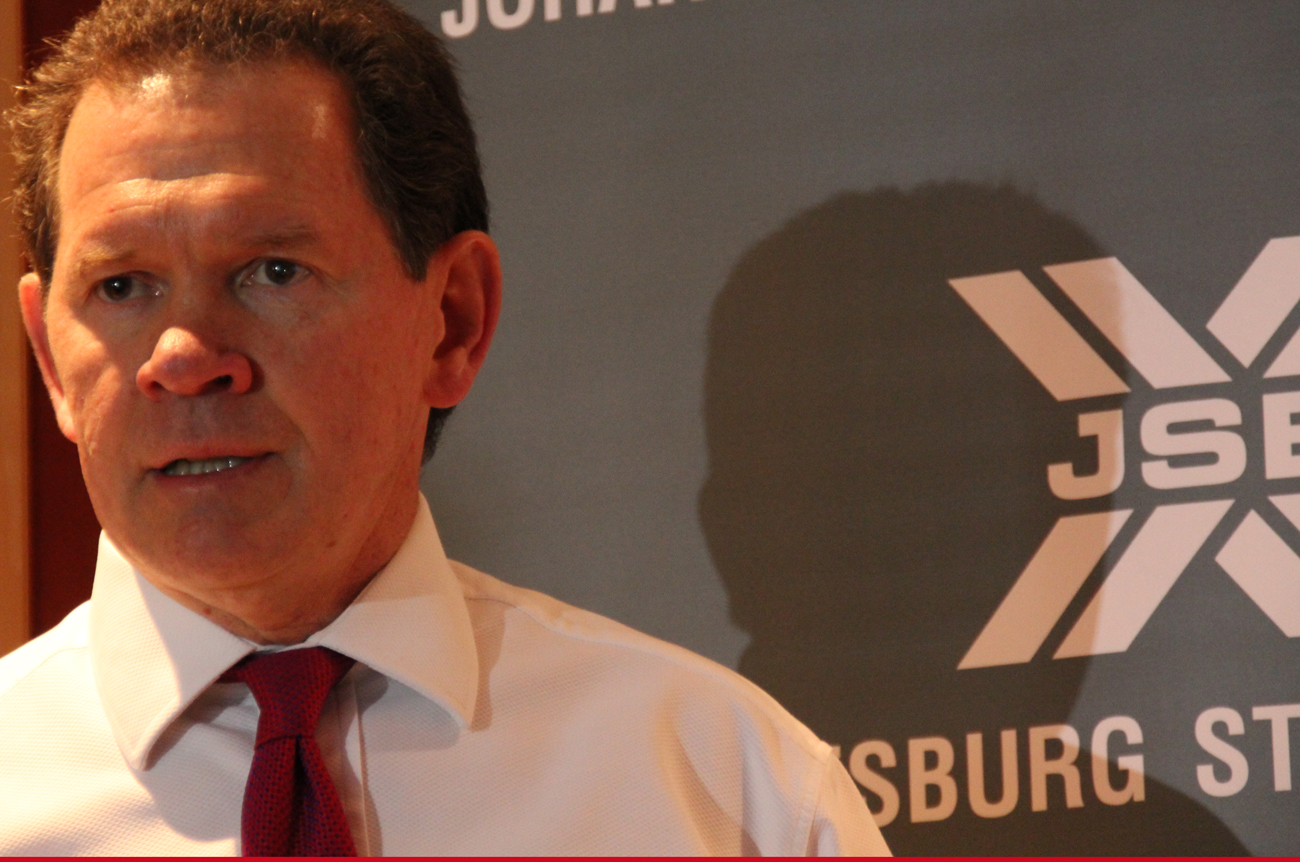 Black people own a minimum of 8% of shares listed on the JSE, but could directly own as much as 36%, and far more than that once you factor in indirect ownership through pension schemes and the like. Where does that leave us? Probably with more listed company shares in black than white hands, but almost certainly more than two-thirds of the way towards government’s 2017 target, after just three years of trying – as long as we aren't talking control. By PHILLIP DE WET.

It’s not a simple calculation, which is why JSE CEO Russell Loubser on Wednesday spent almost as much time cautioning the media to get it right as he did explaining the numbers. It’s also open to wildly different interpretations, so just keep that in mind before you get involved in any arguments.

But if you want just one number, it’s 18%. That is the portion of shares in locally listed companies which, using the rules formally established by the government department of trade and industry, the Johannesburg Stock Exchange says is owned by South African black people.

It is a minimum number, because it completely ignores any shares that black people may effectively (though indirectly) own by way of unit trusts, or pension funds or the roughly 1% that is in government hands. But being conservative is important, in this context, because it makes – or so the JSE would like to believe – that number nearly unassailable. It is both provable and from a neutral source.

“This issue has been regularly spoken about, and we know that the people speaking about it most probably haven’t done the thinking, haven’t done the research and definitely don’t have access to the data,” said Loubser on the measurement of black ownership. “And they most probably, most of them, have a certain agenda.”

Watch: Russell Loubser explains the difference between the regulatory-compliant calculation of black ownership (vs white ownership) of the JSE, and the JSE’s interpretation of the numbers:

They most certainly do. In years gone by different organisations have, using much the same information, but vastly different sets of assumptions, come up with estimates of black shareholding on the JSE of anywhere between 2% and 34%. No prizes for guessing which side of the political spectrum was occupied by organisations on the high side and the low side respectively.

Loubser proclaims, and may actually believe, the JSE itself to be politically neutral, which is why the bourse has for the first time, attempted the calculation itself. Whether you buy that neutrality or not, it certainly has better access to cleaner data than anybody else.

That headline number of 18% is hugely impressive, all things considered. The 2017 government target for black ownership of the economy, on average, is 25%. Having moved from, to all intents and purposes, zero in 1994 to 18% in just 16 years, that target no longer looks like a stretch. Many of those shares will be encumbered by finance agreements (just as, so Loubser points out, are the majority of shares owned by people of all races), but it provides more than sufficient leverage to gather more wealth. “Debt is a necessary precursor to empowerment,” says Trevor Chandler, whose firm was responsible for the research.

In the right political hands, that number could mean justification for a BEE sunset clause, or more aggressive targets more in keeping with the national demographic, or anything in between. In the wrong hands, though, there is plenty of opportunity to sow confusion.

The 18% headline number is a derived one, and though the methodology is valid, that doesn’t mean it will be accepted. It is based on a study that took into account only the 100 most valuable companies, which cumulatively represent 85% of the total market capitalisation of the bourse. In those companies, 8% of shares are directly owned by black people. But that measures a largely fictional whole. Eleven percent of the shares of those listed companies are either held by other listed companies in the group, or as treasury shares. Exclude those, and the real black holding creeps up to 9%. Another 34% of those companies are owned by what the study collectively considers as “mandatory investments”, holdings by pension funds and the like, the composition of which is opaque. Exclude those, and the black-owned percentage jumps to more than 14%. Now exclude shares held by foreigners and the state and you get up to 18%.

Even that isn’t as close to the truth as you can get, the JSE argues. In the headline 18% number, foreign ownership on the JSE is assumed to be 11%, based on the definition used by the government in measuring compliance with empowerment rules. In fact, Loubser says, foreigners own more like a third of all the shares on his boards. Assume those are unavailable to South African buyers (or that they aren’t owned by white South Africans because of historic advantage, which may be a more honest description), black people actually hold 36% of available shares. Which still assumes that no black South African is a member of a pension fund or an owner of unit trusts.

Is that an accurate reflection of the South African economy? Not by a long shot. It ignores everything outside of the JSE, including the entire informal economy, on which nobody even tries to pretend to have racial data outside of “guesstimates”. It also does not take into consideration control; white people who own shares may have them encumbered by debt, but usually have voting rights. Many black empowerment schemes use structures that deny their owners voting rights at least initially. If black ownership is accepted to be heading in the right way, or perhaps even to have arrived at the station, that is the question that will move from largely academic discussion in the background to a central political issue: If you can’t vote it, do you own it? DM