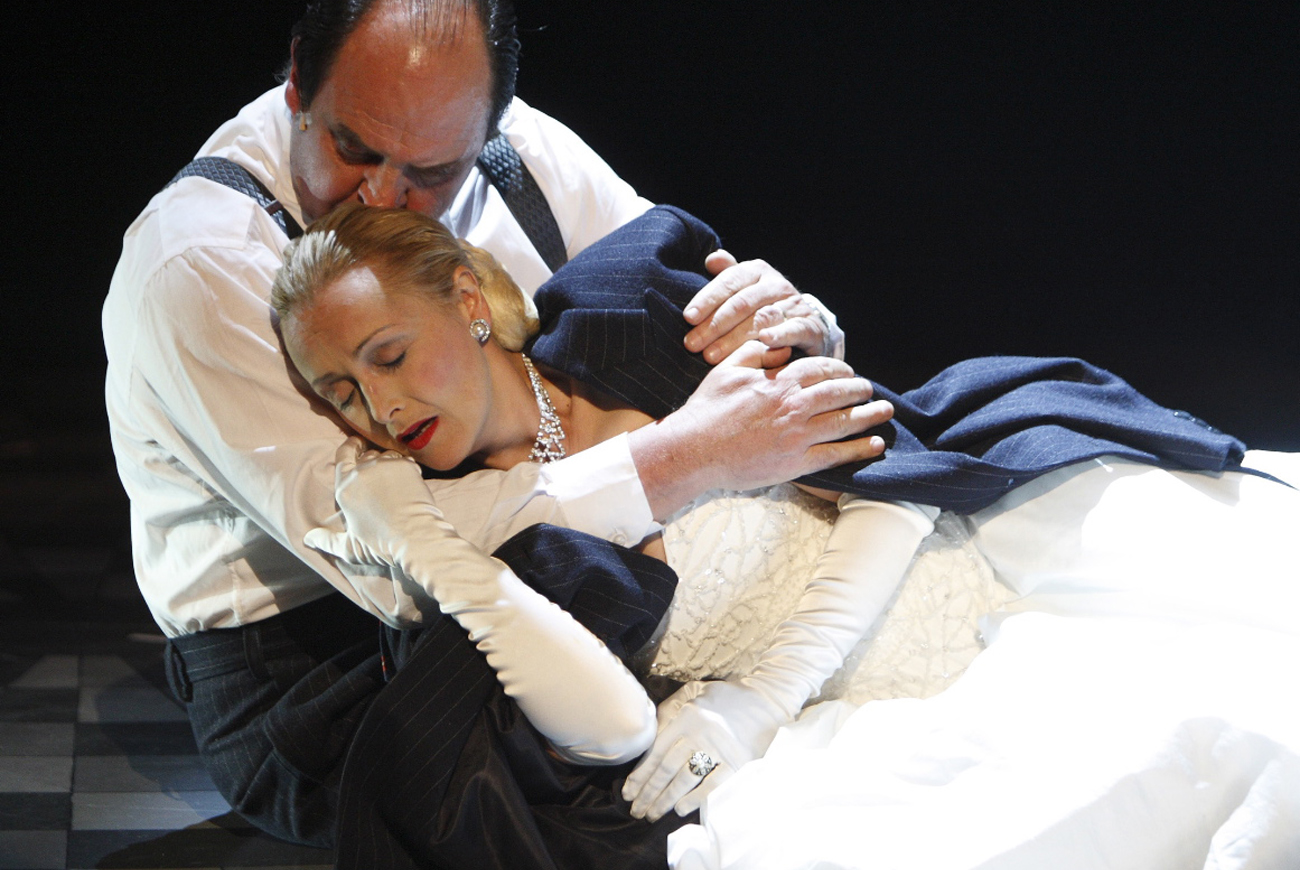 As vicious strikes annihilate the warm fuzzy feelings of having hosted the World Cup and our politicians are condemned as predatory hyenas by their allies, the musical “Evita” is playing in Johannesburg. By LESLEY STONES.

You go expecting a couple of hours of glorious escapism, with lavish costumes, powerful singing, moving drama and fabulous theatrics. And boy, you get all of that. You also get a niggling feeling that the politics of Argentina in the 1940s are as relevant to South Africa in 2010 as they were back then.

The actress who slept her way to fame, wheedled her way into power, then discovered she preferred enriching herself to actually helping her adoring masses has too many current connotations to simply view the show as a grand night out.

You can if you want, of course, but pondering its political intrigue and the corruption caused by heady power add extra dimensions that make “Evita” refreshingly relevant as well as a wonderful show.

“Evita” is being staged as a “bonsai musical” cut down from the original larger, more lavish production. But it never feels that way. You’re still hit by the full force of the lyrics, which are incredibly clever and really demand attention from the audience to grasp all the witty nuances. This is no glib fairytale, but a biting analysis of characters and their ambitions through the Tim Rice and Andrew Lloyd Webber classics including “Oh, What a Circus”, “Another Suitcase in Another Hall” and “Don’t Cry For Me Argentina”.

The sound quality and enunciation let you pick up almost every word, and all 19 of the singing, dancing and acting ensemble are top notch.

Yet the show belongs almost entirely to Angela Kilian, who looks tailor-made for the transformation from a grasping young singer into the elegant yet tough first lady. Her singing is beautiful, powerful and poignant, as if the role was written for her, or she was created for it. Kenneth Meyer is also brilliant as Che, narrating us through the story with superb touches of sarcasm and humour in his singing. The raising of an eyebrow, the dropping of a tone gives his words added depth to convey the mood of the nation. Peron – a plump and pliable pawn in Evita’s beguiling hands – is also portrayed brilliantly by James Borthwick.

It’s a high-class production, drawing heavily on creative tricks to make the show glitzier than a bonsai version might imply. Footage from the time is projected onto glass doors, which slide away to reveal a smaller crowd on stage to carry on the action. An ingenious rain scene created by mist and a revolving stage add to the atmosphere. There is no orchestra, but the sound track is perfect and the timing immaculate. “Evita” ends very oddly though, with a quick recap of the songs we’ve just heard then a summing up sentence that leaves you asking but why, and what for, and then what happened?

And perhaps that is also an unintentional link from Argentina’s past to South Africa’s present.

“Evita” runs at Montecasino until 17 October.