Rewriting the spirit of Steve Biko for the Twitter generation 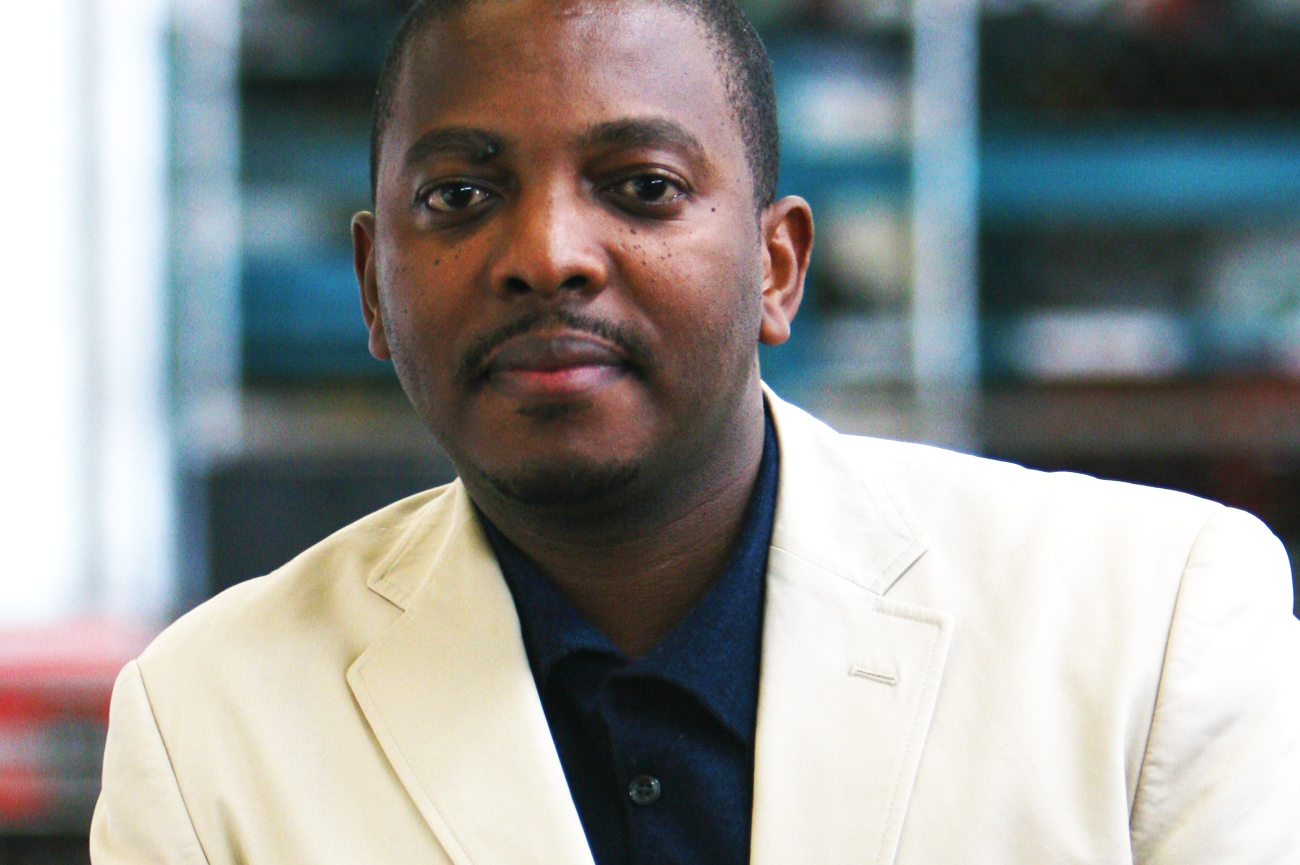 The Daily Maverick’s SIPHO HLONGWANE spoke to the son of the iconic embodiment of Black Consciousness in South Africa, mostly about the apparent apathy of today’s youth toward political involvement.

Nkosinathi Biko sees a great need for quality leadership in South Africa. And he is not the only one. Why, he asks, would the ANC be speaking of forming a political school, if the issue of quality political leadership did not concern them?
The eldest son of Steve Biko is involved in quite a few non-profit organisations these days and is a director in several other business enterprises. He is also the CEO of the Steve Biko Foundation, the organisation that “bothers itself about the things that were important to Steve Biko”, as he puts it.

The foundation was founded in 1998 to be the premier independent promoter of the values Steve Biko lived and died for: Restoring people to their true humanity. The foundation numbers among its projects the Steve Biko Centre, in King Williams Town, as well as the Biko Heritage Trail in Eastern Cape. The foundation’s best-known work is the Steve Biko memorial lecture, delivered annually near the date when Biko was murdered by the apartheid police. The lecture has been delivered by the likes of Chinua Achebe, former president Nelson Mandela and former Reserve Bank governor Tito Mboweni.

Nkosinathi Biko met with The Daily Maverick in the Braamfontein headquarters of the Steve Biko Foundation to talk about youth leadership, and the participation of young people in public affairs.

Inevitably then the conversation goes to the extraordinary crop of young leaders the struggle against apartheid bred, not least among them Steve Biko. We now live in post-apartheid South Africa, a country where the youth are increasingly coming under criticism for not having the same zeal for democracy and justice as their predecessors did.

Is there still a need for young people to actively fight for freedom and justice, or is it merely enough for them to take an interest in things that safeguard freedom and democracy, we asked. From the perspective of someone (someone being this particular reporter) who recognises that his generation has this problem of political apathy, and when speaking to people of a like mind, it seems they are far more interested in talking about these things, to read the papers and to sign a petition here and there. Is there a need for active participation?

Biko was adamant the need for active participation by the citizenry and the youth still exists in this country. “That need even exists in more mature and more successful economies,” he said. “The only difference is that the vocabulary has changed since the end of apartheid. Poverty is still poverty, but perhaps when I was younger and certainly when Steve Biko was around, it was framed around the political vocabulary. There were structural reasons why we had poverty, whether it was job exclusion of people, Bantu education and a whole range of things that lead to somebody having a very low ceiling in their lives and being subjected to poverty. That was the analysis then. But the same lot of people, and their children, are still stuck in cycles of poverty. So this is not just a responsibility for youth, but of all citizens to ensure that this country works for a bigger majority than it currently does, otherwise it will work for nobody.”

We really ought to be concerning ourselves with these things, shifts in vocabulary notwithstanding. Using the example of crime (well, this is South Africa after all), Biko shows that what were once issues of politics are now issues of economics. “If you track things like crime, which used to be made as if it was something being perpetrated by one group against another, black against white, certainly has lost preference for distinction based on colour. Crime is crime. So people will steal your motor at your gate or anything to get a plate of food, irrespective of whether you are black or white. Those are things that should concern us as citizens and certainly should be part of the political machinery of the youth.”

But apathy does exist, and it extends beyond political matters. Biko related a personal incident to illustrate this point. “I went to a university yesterday and looked at the condition of some of the facilities available to the students and the conditions under which they live. It’s a combination – I think that particular university has resource challenges, but there are certain things that should have been done. Now, when we were young, apart from the national agenda, there were things that were very real in our hostels that we attended to. But there tends to be apathy, even around bread-and-butter issues. You see this happening around campus. There was a point, I think two elections ago, when most campuses were lead by independents, in terms of youth leadership. It was not the ANC, it was not the PAC, not the DA – independents. Somebody who just wakes up and says, you know what, I’m tired, I want our dormitory clean, and they become president.”

It is also not true that the youth are silent. Things are being said. The issue is the content of what is being said, and the manner in which that content is delivered. Youth have been very vociferous within the political space, Biko said. The problem is that we tend to make the debate of political factionalism to be the entire national conversation, as far as youth formations are concerned, the truth being that there are many voices that aren’t being listened to. “If you go to churches, you will find a significant amount of youth activity and quality youth leadership, in my view, within church structures.”

Where we failed to give equal ear to all voices is with the National Youth Commission, a desk that was created with direct links to the presidency. The idea was that different youth constituencies, in both political and social formations, would contest for that direct ear to the presidency. For whatever reason, it failed. As a direct result, the factionalist political battles have consumed the entire public space occupied by the youth.

What is failing the youth the most, according to Biko, is their lack of organisation. “I think that there are a lot of discordant voices. Everywhere we go, for instance in the creative field, we see young people churning out poetry and music, who are unaware that there are hundreds of young people out there doing the same thing, and were we to organise ourselves into some form of network, we would probably be the greatest cultural group in the world.”

What then, is to be done?

“First of all we need to change the language and vocabulary,” Biko said. “And the second thing we need to do is to organise young people into a coherent voice that can prioritise their issues. Every  government department ought to have a youth element – department of health, department of education, department of treasury etc. It should have been a horizontal agenda that runs across every department so that every department drives the agenda of the youth. Now that’s not going to come about if there’s no organisation of the voice and changing the way in which we engage in the public domain.” Sounds like a very tall order for Facebook generation.

But it’s the technological tools available today that give young people no excuse for not organising themselves, according to Biko. Just look at Trevor Noah on Twitter he says. “If ever there was a time in history where having no voice is an absolutely unacceptable excuse, it is now. Can you imagine what the struggle would have been like with cellphones and emails and all that stuff? The comedian Trevor Noah has an audience of 13,000 followers. So without a major investment, youth can organise themselves into a network that is insurmountable, simply because of technology. What is often explained as exclusion is self-exclusion, rather than by anybody else.”

Inexperience is also a tired excuse for poor leadership. The worldwide trend is that leadership is becoming younger, looking at people like Barack Obama, Dmitry Medvedev and David Cameron, and it, therefore, boggles the mind that in South Africa, people still linger on in this stage of “youth” well into their 30s, and use it as an excuse to speak in objectionable ways. “The question is then that if you can become a president, such as Medvedev in Russia, if you can become a leader of a country at the age of 42, it would mean by necessity that you start yourself on that trajectory at a very early age, and it certainly is not 35. So that excuse has to fall away, and we need to call for a greater level of accountability, and in my view, quality in the pronouncements that come out of youth groups.”

Then there’s Steve Biko himself. “His best writings were between the ages of 19 and 29,” his son told The Daily Maverick. “So age was not necessarily an excuse for him to lean towards mediocrity.”

A great danger that lies in this apathy by the youth and society in general, is that we may end up with an excessively powerful government on one hand, and an excessively disengaged citizenry on the other. Biko said that the agenda of government no longer becomes about serving the people.

In a way then, we have the government we deserve.

But you can do something. The way Biko sees it, the salvation for South Africa lies in the fact that democracy at its grittiest form still occurs. “It is almost impossible to be elected to the top of a political party without that having come, not only from a street committee, but a ward committee, then the municipal level, regional level, province and so forth,” he said. “So you have this machinery, which is still with us, to a large extent, and it is about making use of that machinery, and giving audibility to local issues and the voice of the people.”