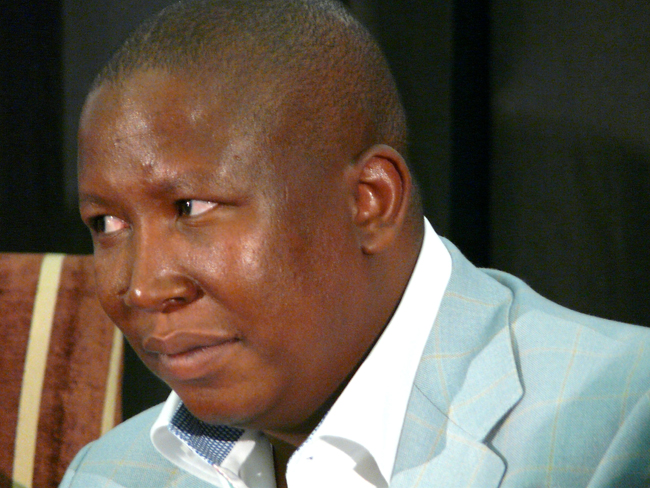 On Friday, the first victim of the ANC Youth League national general council is all but certain to be Malema's deputy, Andile Lungisa, after a flawless move of well-rehearsed smoothness.

The Julius Malema Express is quite something to watch. After Wednesday night’s barnstorming performance, he followed it up by dispatching his greatest rival. Andile Lungisa’s support among the delegates isn’t that strong, and he certainly looked a little hollowed out on Thursday evening. Officially, all that’s happened is that a resolution has been tabled for a vote on whether Lungisa should stay on as deputy president of the League. That resolution has to go to the steering committee of the national general council. If they decide it’s worthy of a debate and a vote, then it goes to the floor. Then delegates vote. No drama, no big thing, according to Malema.

We fully expect all of this to happen. If it somehow miraculously does not, it would be because Malema would want to have a fully emasculated deputy hanging around. The only other alternative is that someone has played Malema for a sucker, and we just don’t see that happening. To add to Lungisa’s humiliation, this resolution has officially come from delegates in Eastern Cape, his home base. No doubt the Malema people will say that this is evidence he’s a bad guy and should be kicked out. Lungisa’s people (not that there are many of them at Gallagher at the moment) may suggest Malema controlled the accreditation process for the Eastern Cape Conference, thus his delegates are the ones who are here, and they’re just following orders.

It looks more and more as if the abiding story of this NGC is going to be that Malema is now in full control, and will remain so beyond next year’s elective congress. That has implications for the League and for the ANC as a whole. He’ll be able to really push Fikile Mbalula into Gwede Mantashe’s job, his hand will be much freer, and he’ll be able to say and do more things.

But there are also signs he’s maturing. He doesn’t seem to be quite the same person he was earlier this year. Instead of the anger and the insults, he’s playing crafty politics, apologising to the Young Communist League, preferring to clobber his opponents without screaming.

He’s even been having a little fun at the expense of your correspondent. As your reporter was rushing to a press conference (in the media centre which for some reason can only be reached through the Youth League VIP holding room) he whizzed past Malema, Lungisa and Floyd Shivambu. They were getting comfortable on a couple of leather couches. Your correspondent and Shivambu are not on speaking terms (Shivambu claims your melanin-challenged reporter is racist). Malema couldn’t resist, “Stephen”, he said, “stop and say hello to your friend Floyd”. He was laughing. But it wasn’t at someone, it was very much with someone.

It’s not the action of someone who hates the media so much he can’t stand to talk to them.

It may be too early to say, but this NGC may be the start of a new political life for Malema. Having said that, political maturity is one thing, nationalising the mines is another. And that is a resolution that will go through. So will a plan to oust Mantashe. It also seems very likely that delegates will vote for “intergenerational leadership”. That means President Jacob Zuma himself could find the next few months rather trying.