Youth League's NGC, day one: Down with old guard, up wi...

Youth League’s NGC, day one: Down with old guard, up with new leaders 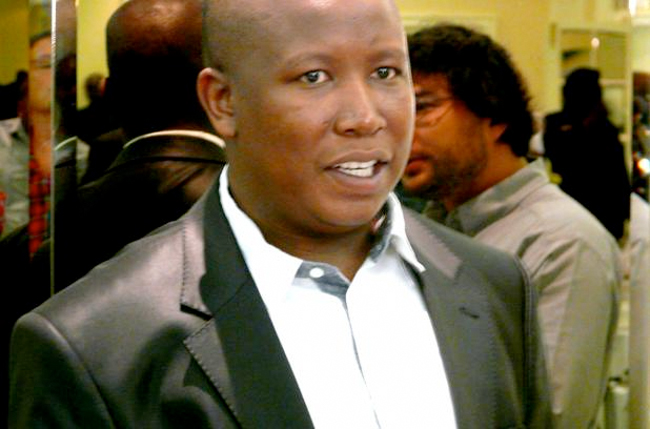 The first day of action at the ANC Youth League's gathering brought only merriment and a good time. Good time for Julius Malema and his followers, that is. Everyone else enjoyed the festive atmosphere considerably less.

It’s not official yet, but Julius Malema won’t be backing Jacob Zuma for a second term as leader of the ANC, or as president. That has to be the only way to interpret some of what’s happened at the ANC Youth League’s national general council meeting in Midrand. Malema spoke about the need for the “radical” leadership, “intergenerational” mix in the ANC’s top six, and about current leaders “who seek to assure the Queen and international investors”. In other words, he wants change, and not what’s happening now.

To an extent, he would be falling out with Youth League tradition not to have a go at the ANC’s current leaders. But it is a real change from the original reason for his infamy – that “I would kill for Zuma” battle cry.

Malema is likely to take the League with him. After he successfully brought provincial organisations into his line, any strong opposition to him was not going to be among delegates. There was no better illustration of this yesterday than the sorry sight of his deputy Andile Lungisa trying to chair the opening session. He simply couldn’t. People would sing and sing and sing. And he would call for order again and again. After he had suffered enough, Malema the Holy, stood up and held up his right hand. Silence.

The other person whose popularity is not in doubt is Fikile Mbalula. After a day spent doing nothing but singing about him, delegates went into a real frenzy when he finally arrived. They’d waited seven-and-a-half hours for the NGC to start, so they’d had plenty of practice in singing his praises.

Mbalula is the current lynchpin of the League’s argument. The former League boss and  Malema’s protector is the future ANC leader they believe should take over from Gwede Mantashe. But it’s just the start. Malema is unhappy with Zuma and wants him out. And it’s probably not just him, but the entire leadership. After Zuma instituted disciplinary charges against him, that shouldn’t be any surprise. However, as there is at least one generation between Mantashe and Mbalula, Malema is asking for a big jump. Should such free-for-all happen, it wouldn’t just be Zuma against Malema, but a whole broad front of older, wiser and crucially more experienced operators. What about David Makhura from Gauteng, or perhaps that chap Vavi? They are older than both of these youngsters and won’t take kindly to watching their chances of a top ANC job being taken from them.

Of course, Malema was going to talk about the mines and nationalisation. If you’re worried the rand is still too high, worry no more. If he gets what he wants, that won’t be a problem. He’s asking what use is “the right to vote every five years, if we don’t have economic power”. And he’s not stopping there. He wants state banks and a whole new approach to the economy.

The main excitement of the night was the booing of Buti Manamela, the leader of the Young Communist League. There had been some expectation he could be in for a tough time, but what happened did seem to catch him by surprise. As he stood up to deliver his statement of good wishes (it’s a tradition at alliance conferences to have a ritual of good wishes from all the other organisations) a noise started in the Limpopo delegation. It grew louder and louder. Eventually people were rolling their hands over each other, that gesture so vivid for veterans of Polokwane. He was unable to continue. The ANC Youth League’s secretary general Vuyiswa Tulelo tried to intervene, but that didn’t work. Eventually Malema stood up and things quietened down. Manamela exited, stage left.

But the delegates had what they wanted, revenge for the booing of Malema at that SACP conference last year. It’s also part of the long-term low-intensity war between Malema and the nationalists versus the left.

Malema used the incident to make some hay of his own. He started his set-piece speech with an apology to the leadership of the YCL, he even admonished his own members for not being disciplined. Magnanimity, a great personal trait of the winner. (Especially after completing his mandatory anger management course.)

It was a very good night’s work for Malema. He got to display some political maturity, have a pot shot at his favourite targets, set the tone for the whole gathering, make sure his members know what he wants and all of this without running into trouble with that pesky suspended sentence hanging over his head. The Malema story is by no means over yet. Quite the opposite.