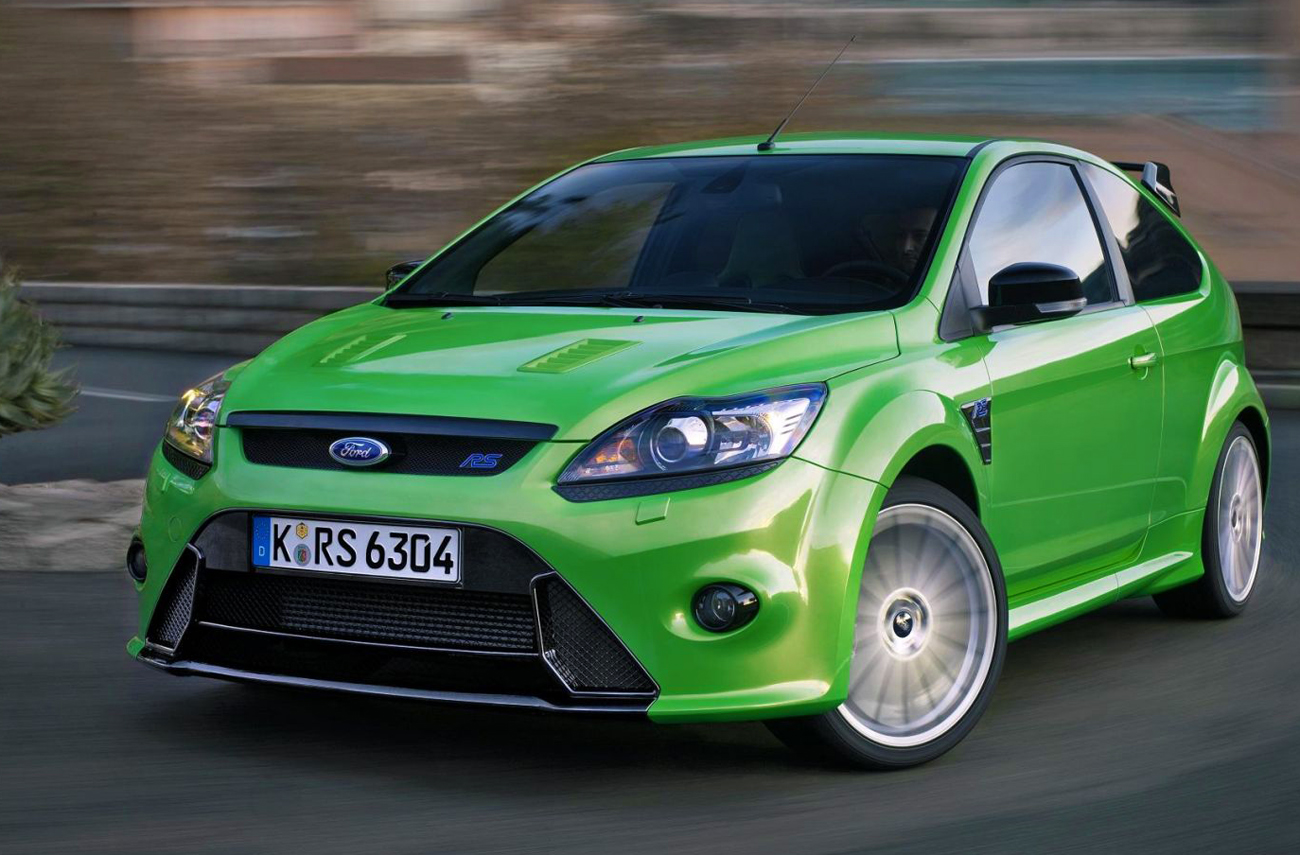 It’s taken Ford Motor Company Southern Africa almost two years to finally introduce the performance flagship of its Focus hatchback range on local soil. However, that the SA launch of the Ford Focus RS coincides with the end of RS production in Europe makes one wonder whether this isn’t just another example of selling off old stock that nobody else wants.

It’s going to be remembered as one of the most exciting Ford performance cars ever built. But for all its dynamic potential and in-your-face looks, the RS is no longer in production. An all-new Focus is already on its way and may eventually spawn a new-generation RS.

However, for now, this is the end of the Focus RS road – except in South Africa, where the RS made a somewhat unexpected debut this week. Unexpected, because the local Ford operation has steadfastly refused to launch the car here, citing fuel incompatibility as the primary reason.

So, what’s changed since then? Certainly not the fuel: 95 Octane unleaded petrol is generally available in all major centres, even though it is not offered on every forecourt at Reef altitudes.

More likely, the hurried introduction of the car here may be the result of a drop-off in demand abroad, where the effects of the credit crunch continue to hamper retail sales in many sectors, including car sales. The pending advent of an all-new Focus would have slowed demand for the car as well.

With O-series production of the 2011 Focus already in full swing, the current-generation RS is fast becoming obsolete – and South Africa must suddenly have become a tempting market for an allocation of one of the fastest Focus iterations ever.

Be that as it may, the Focus RS is a fine example of the superhatch genre – a category marked as much by its extreme machines as by the advanced technology often employed to eke out every last available bit of muscle.

Unlike the more subtle, less powerful Focus ST, the RS version is offered in a three-door body shell only. A massive rear wing, a menacingly low front bumper, hungry air vents and fat, low-profile rubber wrapped around handsome alloy wheels ensure that no other RS looks quite like this one. Besides, the add-ons aren’t just merely cosmetic: They provide a useful, even vital, amount of downforce that tames any early tail-wagging and boosts high-speed stability.

That the Focus RS needs such assistance is a clear indication of the amount of muscle on offer. Indeed, there’s no shortage of urge. The factory specs reflect a claimed maximum power output of 224kW at 6,500rpm, while the torque peak is an equally impressive 440Nm, on offer from just 2,300rpm.

The powerplant under the bulging bonnet is essentially the same 2,5-litre five-cylinder Duratec unit already on duty under the bonnet of the Focus ST (and the Volvo C30 T5, for that matter). But a larger turbocharger with double the amount of boost, and a whole host of other technical refinements, are at the heart of the increased output.

Perhaps even more impressive is the fact that all that urge is translated via the front wheels only. It doesn’t take a rocket scientist to work out that so much power through only two wheels should result in unmanageable understeer.

The most obvious remedy is to opt for all-wheel drive – a technique adopted by Audi and Subaru for their performance machines. But Ford’s engineers have  managed to steer clear of such complexities and simply revised the front geometry to better cope with the inevitable surges of power.

The result is something Ford’s boffins call the RevoKnuckle, an adaptation of the traditional MacPherson strut-based front suspension, but with a variable lower mounting point that allows more effective traction, and therefore, reduces wheelspin and understeer.

The six-speed manual transmission has been adapted for the additional power and torque, and a Quaife limited-slip differential are standard in the interests of improved traction. Lower, stiffer suspension settings have also been chosen, in line with the car’s extreme performance potential. The same goes for the brakes, which feature larger, vented discs and up-rated brake pads front and rear. ABS anti-lock control remains standard, as does Electronic Brake Force distribution. The electronic stability control only intervenes at the very limit, and can even be switched off.

As one would expect, the RS’s interior is about as subtle as its race car-like looks. High-backed racing seats and a grippy, thick-rimmed steering wheel set the tone for an “office” that appears austere at first glance, but is actually very comprehensively kitted out.

But it’s the driving experience dished up by the Focus RS that matters most – and while we’ve always considered the Focus ST underwhelming, especially in so-called hot and high conditions, the RS feels much more potent and more sorted.

For starters, there’s an aura of bespoke, hand-crafted quality and robustness that elevates the RS well beyond the mass-market norm. It feels special from the moment you wedge your posterior into the bucket seat, clip the seatbelt in and grasp the thick-rimmed wheel.

A start button wakes up the five-potter, and there’s enough growl in the exhaust’s burble at idle to hint at the thrills to come. Off the mark, the throttle feels razor-sharp and responsive – unusually so for a turbo engine – and there’s absolutely no lag.

Mash the loud pedal to the floor, and your biggest challenge is to swap gears quickly enough. Fortunately, the shift action is one of the best we’ve encountered in this league: very short, very quick and just notchy enough to be positive. The steering feels lively and responsive from the word go, but not viciously so. There’s no discernible propensity for torque steer, and turn-in is crisp and resolute, with plenty of feedback to confirm the action.

Come off the gas, and the line will tighten, but without snapping into sudden oversteer. Countersteer is introduced intuitively, and so quickly that it’s completely instinctive. But the overall conduct of the RS is more benign than expected, mainly due to its transparent, predictable nature and its ability to communicate chassis response – and intention.

The five-cylinder Duratec engine doesn’t have the best soundtrack in the business, but in this RS application, it at least growls and wails with greater enthusiasm. Fat 235/35 ZR19 tyres provide huge grip once warmed up, but beware: there’s no spare wheel …

The brakes are well up to the task of slowing the RS, even from high speeds, and didn’t show any signs of fading, even after some pretty hard laps around the glorious Kyalami Grand Prix circuit. Indeed, despite its considerable on-road prowess,  this is a car born to lap racing circuits.

There’s an inherent balance, a delicacy to the way you can pitch the Focus RS into a corner, allowing it to kiss the apex before lining up the next, that is both hugely impressive and very rewarding. Everything about the Ford’s conduct feels just right, even when pressing on.

As hot hatches go, this is one of the hottest of them all. It’s more linear, more responsive, less wooden than a Subaru Impreza STI, for instance. It feels more benign, more entertaining than an Audi S3, thanks to its wonderful steering.

The question is this: Would you fork out R479 000 for a Ford Focus, albeit a special one? And will the rarity factor make up for the fact that this is, for all intents and purposes, an obsolete model? Reason suggests there may be better buys elsewhere.

But speaking from the heart, the Focus RS is too special, too competent, too dynamically astute to be dismissed. For now, it is the ultimate Focus. And yes, better late than never …