Two Ladies will rise again: rubble from Athlone towers to be re-used for city development 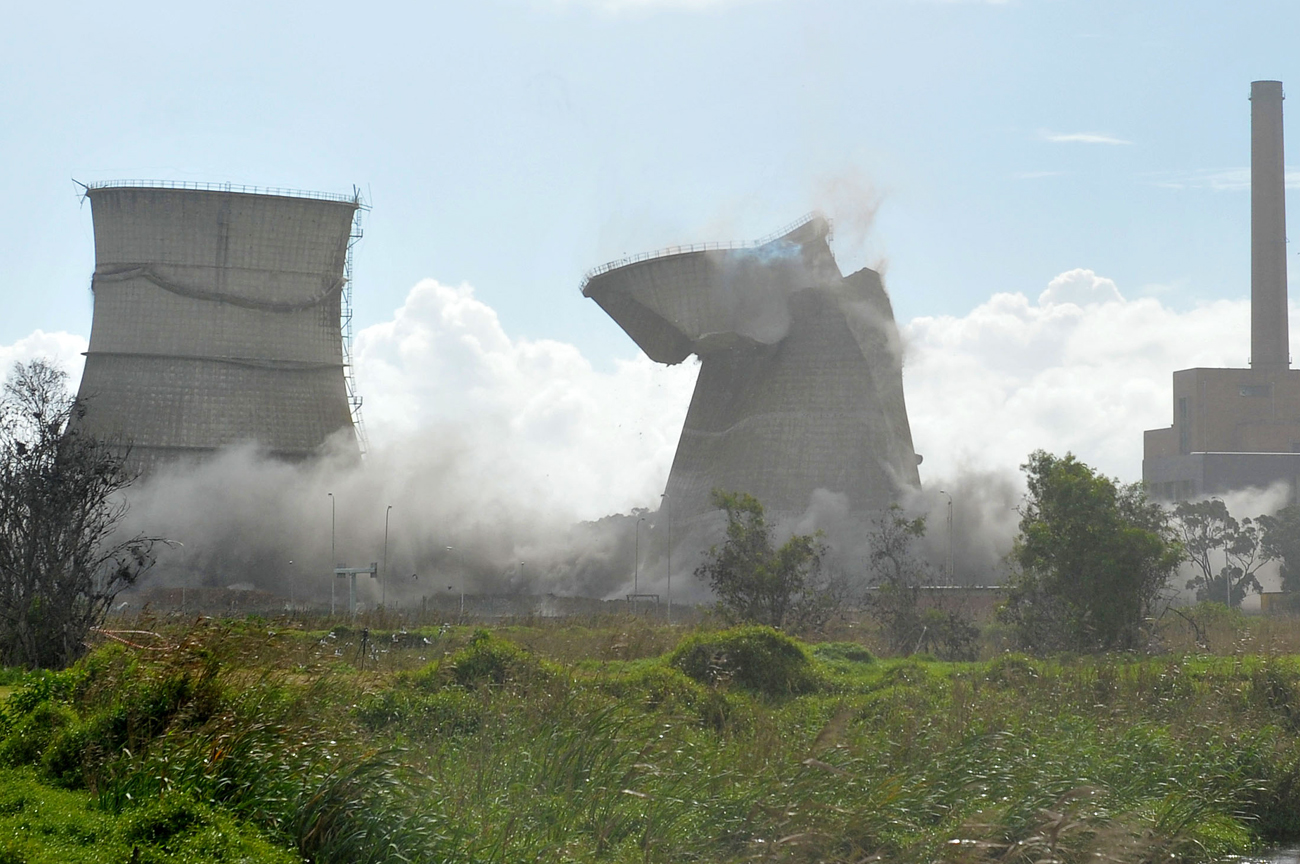 The debris from Cape Town's iconic Athlone cooling towers, which were reduced to 21,600 tonnes of rubble this past weekend, will be recycled, made into bricks and reused for city development, a measure that may warm the hearts of those miffed by the demolition's early detonation.

“Most of the broadcast media televising the demolition were a bit upset with us, but the main theme of this whole project from a disaster management point of view was to ensure that the whole operation was done in a safe and secure manner,” said Wilfred Solomons-Johannes, who headed up the project to bring down Cape Town’s “two old ladies”, the cooling towers that for 50 years were a city landmark.

“The implosion took place three-and-a-half minutes earlier because the blaster considered a number of factors before he initiated the detonation of the explosion and took the decision to go ahead in the interests of public safety,” said Solomons-Johannes.

Demolitions expert Rob Ross of Ross Demolitions drilled 7,200 holes into the towers, 3,600 in each, and laid 350kg cordtex explosive to bring the towers down, and he wasn’t about to be upstaged by wet weather. “We had put in 3,500 manhours into this job from the time the city of Cape Town gave us this job, until we pressed the button. The button was pressed early because it rained very badly the night before. Rain and wet weather have the potential to cause cut-offs because the electricity doesn’t go through to the entire building. On demolition day we had a very bad storm coming up, and rain was due to fall at any minute, so we didn’t want to take a chance any longer,” said Ross.

The explosives used were made in South Africa, and according to Ross the secret to demolishing the 80m towers was gravity. “It is just gravity. Gravity is our best friend so we just have to induce a movement of the concrete and the rest is done with gravity. The towers implode falling in on and within themselves. If you look at the photographs of the implosion you will see that the rubble was basically all in one heap, it didn’t spread far,” said Ross.

The decision to destroy the two old girls was taken by the City of Cape Town on Valentine’s Day earlier this year. “We’d been planning since then. We immediately began with planning arrangements to bring down the towers because they had been declared structurally unsafe. We had expensive consultants, structural engineers, that did a physical assessment and  who made an informed decision. After that we immediately began plans to demolish the two towers,” said Solomons-Johannes of Cape Town’s Disaster Management Centre. No decisions have been made about what to do with the empty site. Solomons-Johannes said the power station situated on the site is no longer operational and will be decommissioned, and that the council will get feedback from the community before deciding what to do with the area. “The rubble will be taken away to a manufacturing site and will be minimised and reproduced as bricks for future development. They will recycled and there has been some interest for their use in the Swartland, Malmesbury and other areas. This has been important to us in terms of waste minimisation,” he said.

Asked about how people felt about the missing landmark, Solomons-Johannes said he found it  strange to be driving in to work and not see the Athlone towers any longer. “For a lot of people in Cape Town, and for myself, it was a very traumatic event. It was moving to see this iconic city landmark which had to come down. The towers had been with us for half a century and added interest to the city. They were an identifying beacon in terms of their location. “I drove past there this morning and it was amazing to see that the towers are no longer there, they were just gone. It has always been something that has been eye catching when you drive on the N2, you cannot miss these two towers. The two ladies will be greatly missed by the people of Cape Town.”

All photos courtesy of City of Cape Town.