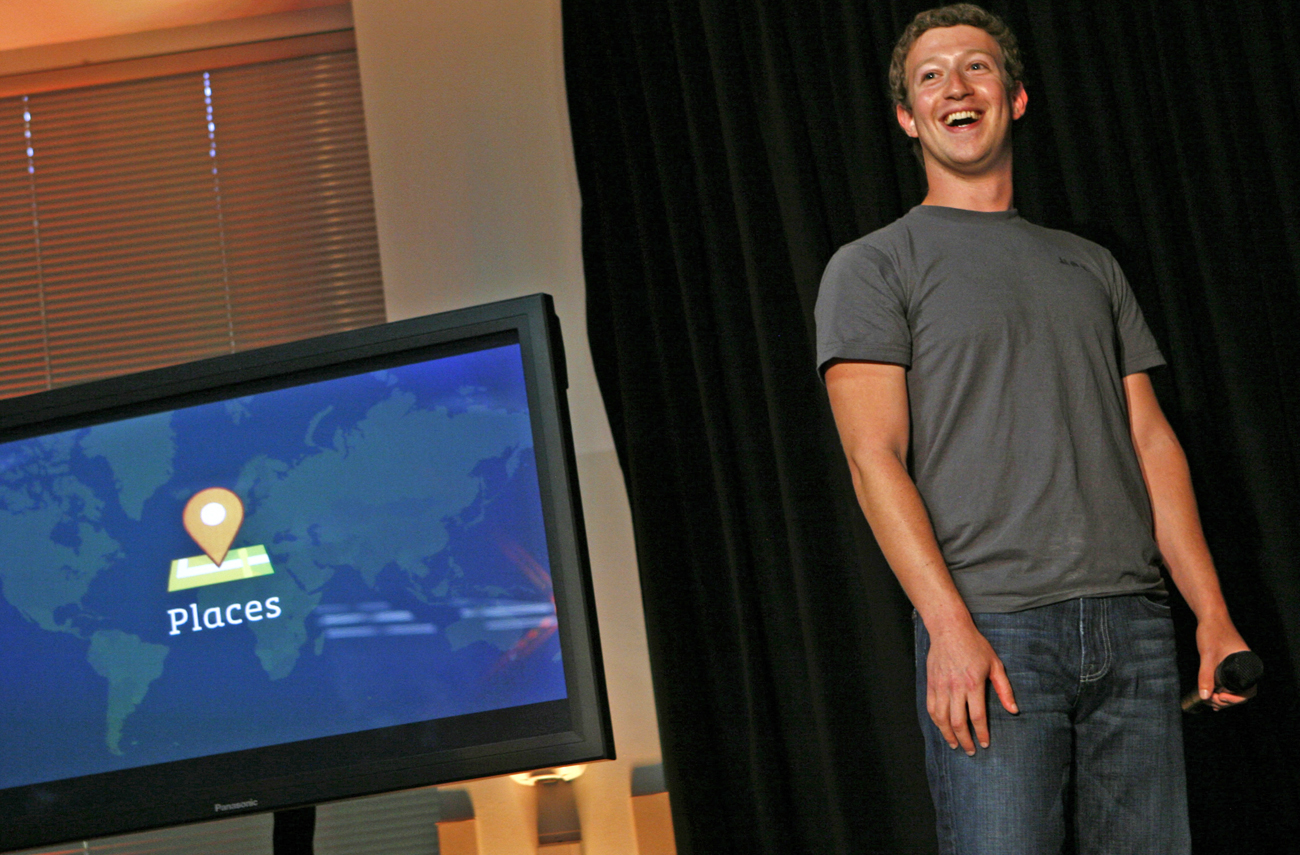 On Friday, Facebook announced a new addition to its social networking site as part of its steady march to world conquest. And, as is often the case with the social networking behemoth, reactions ranged from dire warnings to loud applause.

Facebook Places is a geo-location service which allows a user to “check in” to locations and share the information in the News Feed. As concerning as geo-location social networking can be for those who are nervous about letting complete strangers know when they are out shopping for lettuce, this new addition to Facebook is poised to bring location-based social networking from the fringes and into the mainstream.

Facebook said on its blog, “If you’re like me, when you find a place you really like, you want to tell your friends you’re there. Maybe it’s a new restaurant, a beautiful hiking trail or an amazing live show. Starting today, you can immediately tell people about that favourite spot with Facebook Places. You can share where you are and the friends you’re with in real time from your mobile device. Ever gone to a show, only to find out afterward that your friends were there too? With Places, you can discover moments when you and your friends are at the same place at the same time. You have the option to share your location by ‘checking in’ to that place and letting friends know where you are. You can easily see if any of your friends have also chosen to check in nearby.”

For now, the service is limited to users in the US. Places is available as an iPhone app (you have to get the latest version of the Facebook app) from Apple’s iStore, or by accessing Facebook’s Touch site with a smartphone. Facebook hasn’t made a formal announcement yet as to when it might roll Places out to other countries.

The idea of location-based social networking isn’t new, of course. Services like Foursquare and Gowalla have been offering geo-location services for GPS-enabled phones for some time now. Foursquare was launched in March 2009, and has been steadily building a fan base among developers and early adopters. Facebook Places is based on the same concept as Foursquare, where a GPS-enabled phone can be used to check in. Foursquare can even be linked to Twitter so that a user’s location can be shared with anyone who cares to read the user’s tweets, and not just Foursquare subscribers. Foursquare users passed the 1 million mark soon after its first birthday, and have grown steadily ever since.

With Facebook now stepping in, and with more than 500 million potential users, geo-location social networking may finally become mainstream. The most immediate effect Facebook Places may have is in changing the geo-location landscape itself. Facebook brings with it a wealth of infrastructure and add-on features that other geo-location services don’t have. Joe Stump, co-founder of SimpleGeo, a company that builds the infrastructure and scales geo-data for developers, spoke about the game-changing potential of Facebook Places. “Because of Facebook’s position in owning, essentially, the social graph,” he said, “and a lot of permission and access control infrastructure baked into Facebook, those tools, that network and social graph will have a huge ripple effect across location, in my opinion. I think it will become the de facto standard. Foursquare will probably have to quickly convert to using that as their social plumbing.”

Geo-location social networking has not had an easy birth. Detractors say the idea of people knowing exactly where you are is just too scary to contemplate. Or to be more accurate, it’s the idea that people know exactly where you are not that gives pause. Would be burglars could use it to target the homes of users who check into faraway locations. There’s even a website called PleaseRobMe.com, which shows a list of empty homes, based on tweets sent out from Foursquare. Or at least it did, until the site attracted so much controversy that they stopped displaying the information, which by their own admission, was what they wanted in the first place. Facebook Places could find itself bogged down by the same issues.

Now add to this Facebook’s other privacy and security concerns. In May, Facebook was forced to simplify its security and privacy setting for its users, after a storm of protests from users, many of whom threatened to leave the site because of privacy concerns. Most of the complainants were unhappy about the amount of information that was being put out on their Facebook profiles, but were seemingly too clueless to be able to change their privacy settings. If there’s a crowd that’s going to complain about Facebook Places privacy, it’s probably going to be this lot.

As with the other geo-location services, Facebook Places doesn’t automatically give out your information. You choose to sign in and then to check into different locations. If you don’t want people to know where you are, you don’t have to put that information online. Rainey Reitman, a spokeswoman for Privacy Rights Clearinghouse in the US said to The Guardian, “Users should be particularly judicious about who they accept as friends, and be aware that even information shared with an intimate network could be copied and pasted elsewhere. Don’t post anything online you wouldn’t want to get out.”

Gaby Rosario, lead social strategist at brandsh, said to The Daily Maverick that Facebook has built-in upfront measures and security features for Places which can be found in your settings, like stopping your friends from tagging you in location posts.

While many used to balk at the very idea of social networking, it has now become an acceptable, even essential part of daily existence. Rosario sees a lot of potential for retailers, in the form of advertising that targets people on the basis of their proximity to a certain business. “Retailers could tie in your purchase information with your location data. You could check into a mall, and a music store in the mall can alert you to a special sale of your favourite band. Ads could become that targeted.”

Rosario sees people in the future outsourcing the arduous task of remembering information to digital means such as Facebook. “In time we will probably see studies done on the impact of memories being stored through digital means and how, as humans, our capacity for retention wanes because we have digital tools doing it for us. Consider this, that if you were to attend a high-school reunion your best memories are the forgotten ones that a school friend would remind you of. Those immersed in social tools today are going to be able to collectively tag, share, comment on and store that memory, which can easily be accessed in time. Essentially tools such as Places add to the experience and Facebook becomes a repository of memories. A journal if you will.”

However, the reach and impact of Places in South Africa may not be that high. Broadband is still expensive, and there’s the niggly detail of needing a smartphone with GPS capabilities to use the service – still a rarity in this country.