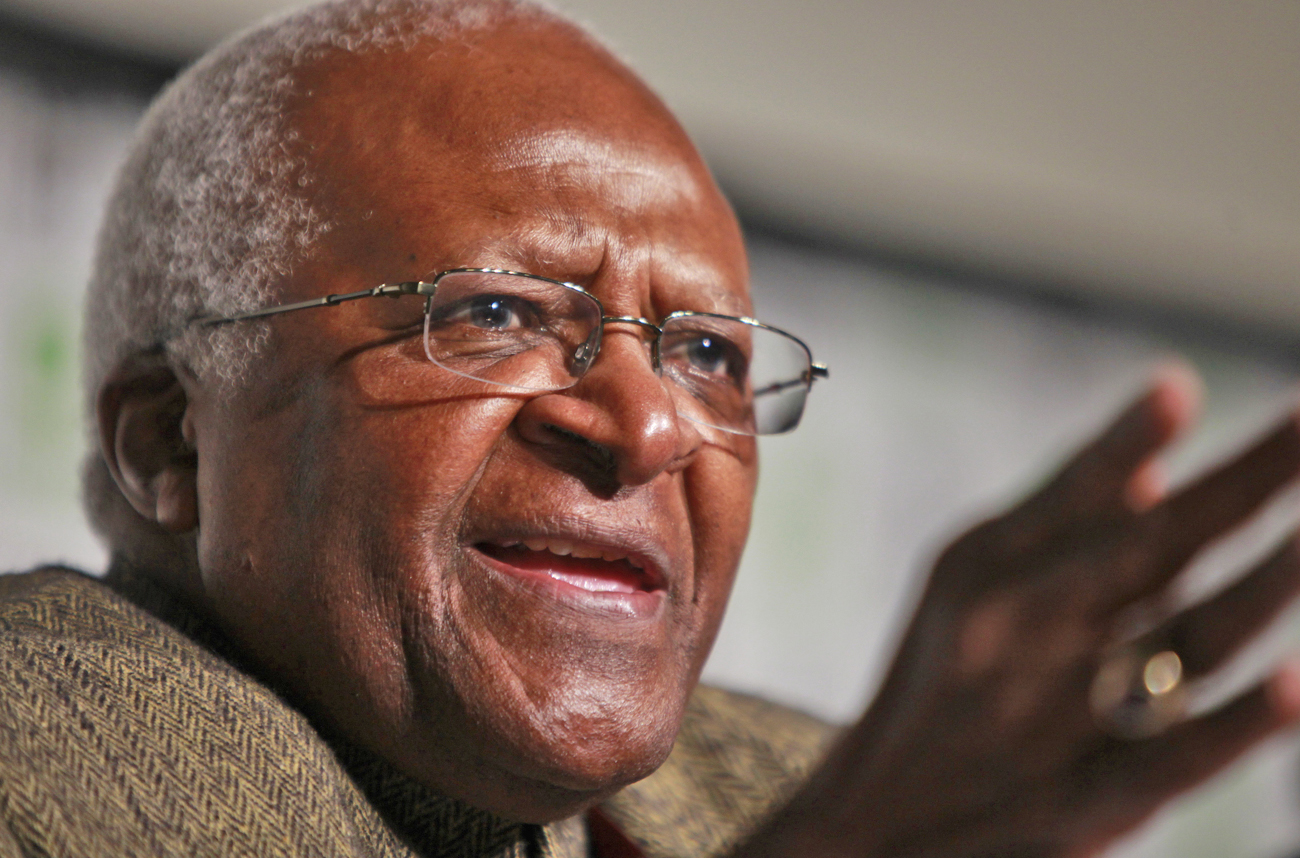 Another day, another two important voices on the media debate. He may not be in particular favour with the current administration, but it is hard to argue about Pallo Jordan's struggle credentials, never mind those of Desmond Tutu. Neither is particularly blunt in his criticism – but their views aren't exactly open to misinterpretation either.

There are two people in South Africa who are, effectively, beyond criticism. On Thursday one of them called on opponents of the ANC’s plans to take control of the media to stand up for themselves.

“This is your country and it is going to become what you allow it to be,” TimesLive reports Archbishop Emeritus Desmond Tutu as saying during a speech, in reference to media freedom. And having celebrated the national unity brought on by the Soccer World Cup, he said it is “odd to think that people who were together, moving in the same direction, could suddenly find that we are at odds with one another, that you bring something that virtually everybody rejects.”

More important than Tutu’s comments, however, is the column by former ANC propagandist and three-time cabinet minister Pallo Jordan in Friday’s Sowetan. Not once does he mention the proposed media tribunal or the Protection of Information Bill or any of the other pieces of regulation and legislation that seek political oversight of the media. Instead Jordan gives the ANC a history lesson.

The history of the struggle, Jordan explains, cannot be separated from the struggle against censorship. In fact, he traces the “well-springs of what grew into an African nationalist intellectual political tradition” back to newspaper publishers such as Thomas Pringle and John Tengo Jabavu, neither of whom had a cosy relationship with authorities. Sure, he says, there have been many abuses of it by the media over the years, but that is no reason to abandon the freedoms for which some had died.

Then Jordan does something that has always been rare, and is increasingly frowned upon – he publicly, though indirectly, calls out the ANC leaders who have thrown their weight behind proposals to bring the media to heel, including Jacob Zuma.

“The ANC has a long track record of commitment to media freedom,” Jordan writes. “In defending a free media, we are defending the ANC’s own rich heritage, the heritage bequeathed to us by those 19th century pioneers. I cannot imagine an ANC government that is fearful of criticism. The ANC has not and shall not wilt under criticism or close scrutiny.”

Just six months ago such a statement would have been nothing extraordinary, and even today Jordan is on safe ideological ground. He doesn’t fail to invoke Nelson Mandela’s 1994 promise of an open society and a free press. By publishing his opinions in the Sowetan, with its history as a mouthpiece of the people, and acknowledging that the media was more friend than foe to the ANC during the apartheid years, he further shields himself from criticism. Yet he is entirely out of step with the thinking behind the ANC’s position paper on the media – thinking which Zuma himself has defended as simple logic and which ANC spokesman Jackson Mthembu insists has the support of many, if not a majority, of ANC members.

One of the two sides is clearly out of touch with party members, who in theory have the final say over every policy. Either the Zuma axis of media control is projecting its own sentiments about the media onto members, or Jordan (and others of his generation, we presume) has failed to understand that the freedom movement has acquired a taste for authoritarianism. No prizes for guessing which side we hope is right.