Jaguar XJ: No fat cat, this!

Jaguar XJ: No fat cat, this! 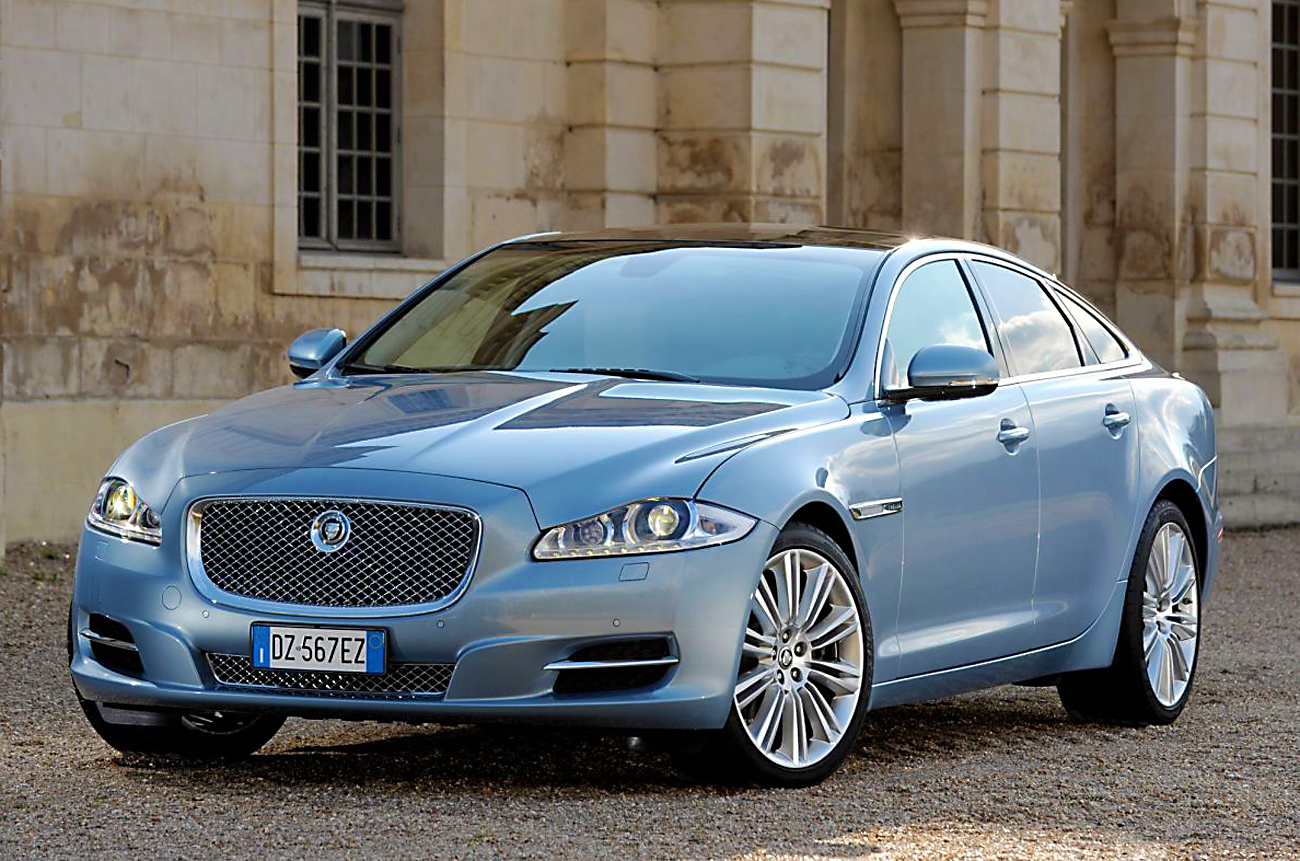 The Jaguar brand may be celebrating 75 summers, but the British car maker’s history has been a chequered one, alternating glorious designs and evocative automobiles with troubled business strategies and red ink on the bottom line. Now supported by Mumbai money, Jaguar seems to be steering a more resolute course – as its latest flagship proves. But moguls beware: this is no fat-cat limo ...

It’s not easy to be a premium brand. Potential volumes are low, and retail prices high, although, as the successful brands in this segment prove, there’s also a fair profit margin. By the same token, the customer base is fussy and brand loyalty difficult to establish.

One would have thought that 75 years was long enough to give Jaguar a foothold in this sector. But like much of the once thriving British motor industry, the Leaping Cat has at times struggled to maintain momentum, both in model range and business terms.

It seemed things were changing for the better when then owner Ford placed it under the stewardship of the Premier Automotive Group – an alliance of premium brands aimed at allowing a collective offensive against the likes of BMW and Mercedes-Benz. Unfortunately, the plan was tainted by Ford’s involvement (after all, the Blue Oval remains the ultimate expression of mass-market motoring), and cars such as the compact X-type, with its Ford Mondeo underpinnings, didn’t help much either.

All the more ironic then that it’s taken money from India, once a British colony, to put the Jaguar brand back on the road to greatness. And for the first time in many years, the model palette appears to do the marque’s reputation true justice too.

The revitalisation of Jaguar began with the launch of the widely lauded XF – BMW 5-Series rival with real dynamic capability, and that special sense of bespoke motoring that has always been the preserve of aristocratic British cars. The process continued with the subsequent unveiling of the larger XJ, which becomes the brand’s flagship, and as such has to cross swords with that segment’s chief protagonist, the Mercedes-Benz S-class, as well as the more athletic BMW Seven Series and the more eclectic A8.

The XJ is a big car, and an imposing one at that, with all the obligatory visual trimmings: big, bright grille, low, wide stance,  big wheels planted at every corner and vast expanses of glass.

The shape is certainly unique, and the identity unmistakable. But the XJ is not pretty in the conventional sense. Rather, it’s striking and even regal, with a certain superior presence that will appeal to those intent on making a statement. Let’s face it though for Jaguar, there’s little point in being subtle. It’s very much the underdog in this category, and relying on the reputation and heritage of the XJ badge alone would never have been enough. This is a car that commands attention – and rightly so.

If the exterior is controversial, then the interior is simply superb in almost every respect. The craftsmanship so inherently upper-crust British that the marque is both visually and tangibly apparent.

But there’s also innovation: the TFT instrument display, for instance, replaces conventional gauges with virtual instruments rendered in high resolution. And no, it’s not a gimmick – it works exceedingly well and points towards an automotive future set to be adopted by many other brands.

Jaguar says the cabin was inspired by classic Riva powerboats of yore, and there is indeed a certain nautical flair to the curve of the wood veneer behind the dashboard. But the XJ designers have steered clear of too much ostentation, and instead created a comfortable, cosseting space.

Talking of which, those accustomed to S-Class rear legroom will find the Jaguar lacking somewhat in this department. While it’s not cramped, the rear accommodation is less generous than expected, and the car will come in for some criticism in that department. That said, there is a long-wheelbase version for those who like to stretch out in the back. SA buyers will eventually be offered the full XJ model range, but for now, the choice is between two petrol V8 drivetrains. The turbodiesel – which, by all accounts, should be the real star of the XJ show – will follow later.

The three-strong array of AJ-Series 5,0-litre V8s come in normally aspirated and supercharged flavours, and are credited with outputs of 283kW, 346kW and 375kW respectively. The twin-turbo, 3,0-litre diesel V6 will have 202kW on tap, but don’t be fooled: the torque maximum is a prodigious 600Nm …

In all cases, the ZF-supplied six-speed automatic gearbox is standard and, while the opposition already offers up to eight ratios, this transmission is still one of the finest, linking a smooth and seamless shift action to rapid cog swaps for those in a hurry.

And you can expect to see many a Jaguar being driven with gusto. The XJ’s aluminium construction ensures the car is slimmer than most in this segment (even the top-end Supersport comes in at under two tons), so the power-to-weight ratios are impressive.

That’s borne out by the performance figures.  Even the 283kW XJ Premium Luxury sprints from rest to 100km/h in 5,7 seconds, while the 346kW Portfolio version trims another half-second off that time. The 375kW Supersport derivative manages to dip below the five-secong mark for the 0-100km/h dash. Top speed is governed to a “mere” 250km/h in all instances.

However, there’s more to the XJ cars than speed and performance, Jaguar claims. The combination of aluminium underpinnings and efficient engines ensures reduced fuel consumption and CO2 emissions – at least in relative terms.

Combined-cycle fuel consumption for the petrol V8s varies between 11,4 and 12,1 litres/100km, with commensurate CO2 emissions of between 264g/km and 289g/km. The turbodiesel will again shine brightest here, offering 7.0 litres/100km and 184g/km.

As far as recycling and sustainability is concerned, half of the aluminium body is made of recycled material, while recyclability is, of course, impressive too. For a big car, the XJ feels lithe and composed, understating speed without anaesthetising the driver, and providing an involving and authoritative driving experience. It’s not a fat-cat machine in a segment strewn with bloated contenders and that gives the Jag a distinct advantage.

We didn’t get to drive the XJ at its local launch near George last week, but our initial exposure to the car at its world launch in Versailles last year proved its dynamic merits – and the fact that so many of the models have force-induction engines means they won’t suffer the altitude-induced power reduction experienced by Gauteng drivers.

The XJ is a fine car and one with the breadth of capability to take on the big guns. Under Tata’s unobtrusive guidance, the Jaguar brand appears to finally enjoy both the support and the autonomy it deserves. And with Carl Peter Forster on board as CEO, vision should not be a problem either.

What remains is to convince potential customers that Jaguar is not only a brand of the past and the present, but also of the future. As Audi found out, offering an excellent product is not good enough – there needs to be sufficient brand appeal, and brand confidence, to support it.

As brand ambassadors go, the XJ is about as good as it gets. Together with the equally excellent XF, the sporty XK – and a host of new models still to come – the Jaguar story seems, at last, to be taking a more successful turn.