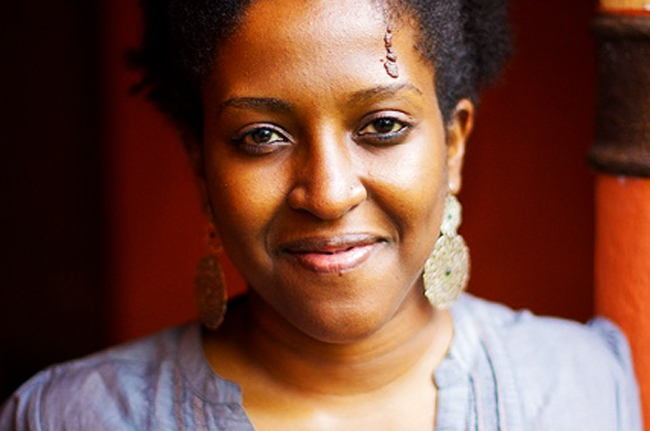 From US secretary of state Hillary Clinton to Internet guru Clay Shirky, everybody has a story to tell about how Ushahidi is saving lives or impacting on the world with technology for citizens to report and map crisis incidents. Locally Ushahidi was used to track xenophobic violence, but now thanks to the roll out of a new version called Crowdmap, we’re crowdsourcing media freedom too.

It was a cruel act of nature. After years of dry weather that pushed farmers to the precipice of financial ruin, came monsoon rains that created a flood disaster that left 1,500 people dead and displaced some 4.5 million in Pakistan. As in Haiti, Ushahidi became the technology that would help aid workers and locals manage and track the crisis. Unlike Haiti, by the time flooding in Pakistan took its tool, Ushahidi would be plug-and-play.  In August Ushahidi launched Crowdmap, a hosted “in the cloud” service that would be as technologically simple to use as opening a Gmail account or activating a WordPress blog.

“Before Crowdmap, Ushahidi users would have to come to our site and download the code, and then install it on hosted servers,” said Ory Okolloh, the lawyer and political activist who co-founded Ushahidi. “Once installed on a server it still required a bit of programming experience to get all the files up and running. So it would require some techie experience and definitely the capacity to host the site.”

Crowdmap changed all that, making the set up for an effective tool for crowdsourcing disaster management quick, simple and completely free. In a couple of easy steps the site is set up and all you need is a crowd to start inputting data. “We realised Ushahidi wasn’t enough. When we started out we said we would open source the code so that it would be easy for people to access and download for free in a way that a site could be up and running in a couple of hours.”

Okolloh and her colleagues at Ushahidi have continued to build, engage, get feedback and deploy in the crowd since their launch in 2008. Because of the continual feedback loop it wasn’t long before they realised the Ushahidi’s limitations to resource strapped organisations and people. “It was a problem for people who didn’t have any tech experience, and for small organisations that couldn’t afford to pay even a $10 or $20 monthly hosting fee.” Ushahidi didn’t want barriers to entry for what is the world’s most effective crowdsourcing crisis management technology to come out of Africa, so Crowdmap was launched earlier in August.

The first deployments were for reporting incidents of flooding in Pakistan (http://pakreport.org/), and a second popular application which was for reporting incidents and opinions related to media freedom in South Africa. “We have been associated primarily with crisis situations, but Ushahidi and Crowdmap are tools that can be used to visualise just about anything,” said Okolloh. More than 1,500 deployments of Crowdmap were realised in the first week of it going live.

“You can set a Crowdmap site within five minutes. There are still some bugs we are fixing and we are still working on more complex functionality.” Okolloh said the easy part was getting the site up, but that the more challenging aspect has been getting traffic and participation from the crowd.

“With Crowdmap we are trying to ensure people know that just because it is easy to use, doesn’t mean it will work automatically. There is still a lot of hard work that people need to do to raise awareness so the crowd knows where to go to and what to do,” said Okolloh. “We say out of the 100% of the work that you have to do, a tool like Ushahidi or Crowdmap is only 10%. The other 90% is the old fashioned job of raising awareness, communicating, doing public relations and making sure people know where you are and what you’re doing. We have certainly removed the major barriers so you don’t need a budget or a technology expert if there is a crisis, but you will have to prep the crowd to get that people to report.”

Because of Ushahidi’s commitment to listening to, learning from and implementing feedback from its community, the technology has become hugely popular globally with fans that include Clay Shirky who is a writer and teacher on the economic and social effects of web technologies; the Freakonomics duo;  and US secretary of state Hillary Clinton.

When asked about these “celebrity” endorsements, Okolloh said, “It is definitely huge and humbling, but we are mainly driven to build a tool that is easy to use and allows people to tell their stories so whenever we get this amazing feedback it is almost hard to process it.”

For Okolloh what’s important is these endorsements signal to the world that brilliant ideas and innovations can also come out of Africa. That this attention will inspire others in Africa to make world-class technology on the continent and take it global. “When you look at this, it is not another sweet story coming out of Africa. We are building world-class technologies, and we are signalling to others that this is what they should aspire to. If you look at African developers, they often build for a local market. But people should be building tools that anyone, anywhere in the world could use. What’s great is that more recently we’ve seen a shift. Instead of people trying to corner their little market, they are now thinking about building tools that have global appeal.”

Watch: A report on Ushahidi going global by KTN Kenya.

Okolloh said that two or three years ago the idea that there was a hot technology scene in Johannesburg, Cape Town or Nairobi would have been dismissed. “People are starting to pay attention now, but we have a long way to go. We can talk all we want about shifts taking place, but at the end of the day Ushahidi had to go to the US to get funding. There are still obstacles at a practical level. Yes, we have the ideas, energy and intellect, but there are still too many practical challenges before stories of world-class technologies coming out of Africa become the norm.”

Read more in Guardian: “Ushahidi: giving citizens the power to put news on the map”, Fast Company’s “Five reasons to be bullish about Africa”.