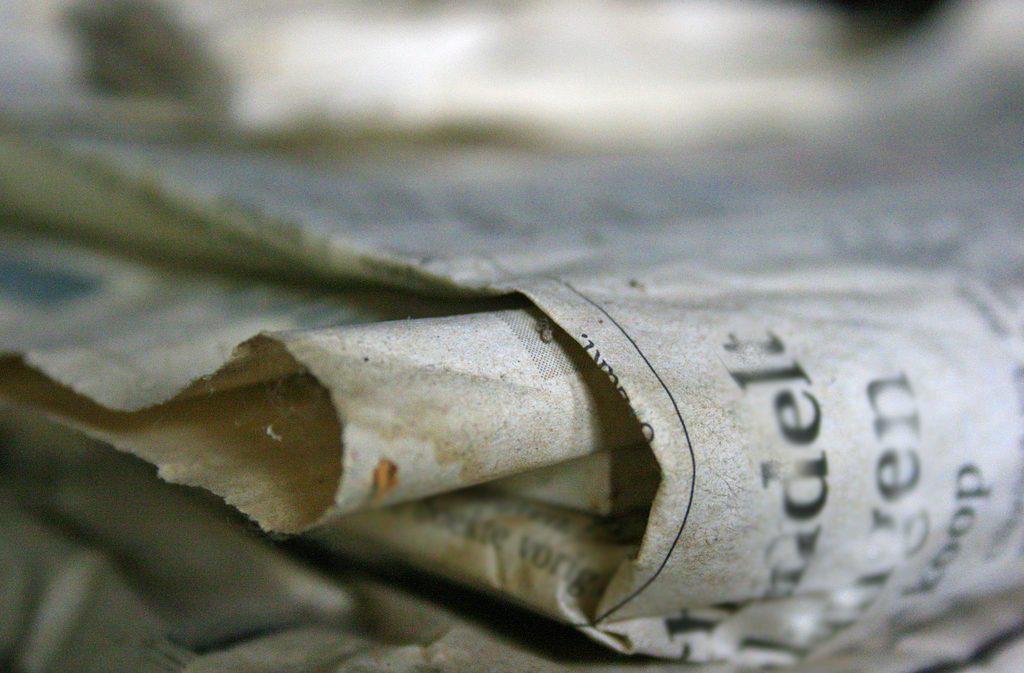 Have we all lost our heads in the debate over the ANC’s proposal to get Parliament to investigate the possibility of creating a statutory media appeals tribunal?

On the face of it, there is nothing wrong with such an investigation if all the stakeholders get a fair hearing. Also reassuring is the constant refrain that the outcome of the investigation will not violate the press freedom guarantees in South Africa’s Constitution.

However, a careful reading of the discussion paper on media diversity and ownership, and particularly its “Recommendations and processing of the congress resolution on the Media Appeals Tribunal” suggests there is much more that is not being said.

In the document, for example, the ANC states: “Our objectives therefore are to vigorously communicate the ANC’s outlook and values (developmental state, collective rights, values of caring and sharing community, solidarity, ubuntu, non-sexism, working together) versus the current mainstream media’s ideological outlook (neo-liberalism, a weak and passive state, and overemphasis on individual rights, market fundamentalism, etc.)”

Will the investigation be a tool for “vigorously” communicating the ANC’s outlook and values? Does the ANC not have less threatening means to communicate with the press?

The boiling water is muddied further by some statements from people in the tripartite alliance suggesting that the tribunal is already a done deal. Some have spoken about the tribunal getting tough on journalists – ranging from imposing fines on them and their publications to even jailing offenders.

And so we slip ever deeper into this cauldron.

At the heart of the proposal is dissatisfaction with the current self-regulatory system of the Press Council, the Press Ombudsman and the Press Appeals Panel. This is a system voluntarily adopted by the press here – nearly 700 newspapers and magazines – to “promote and develop excellence in journalistic practice and ethics”, among other important objectives.

It is a tool used by the industry to improve its service to readers and it is in line with best practice around the world.

What kinds of sanctions should be used by a self-regulatory body?

The major sanction is the “critical adjudication” which the offending media outlet is obliged, by voluntarily joining the system, to publish. This forces editors to admit to staff, peers and readers that they have made poor judgements and have failed to uphold standards they agreed to follow.

The UK Press Complaints Commission has found that a large majority of complaints are resolved amicably. This is because editors avoid having complaints upheld against them whenever they can – a sign of how effective the threat of a critical adjudication can be. The power of moral sanctions should not be underestimated.

Would fining newspapers not be a better punishment?

Voluntary regulation is most effective when sanctions do not include financial penalties. Any system involving fines becomes more legalistic and confrontational, with lawyers arguing over the size of penalties to be levied. This dilutes all that makes self-regulatory bodies practical and useful. There is evidence that financial penalties are not an effective punishment for newspapers because the increased sales from an intrusive story can outweigh the subsequent fine. Moreover, the impact of fines will vary widely and unfairly, depending on the wealth of the newspaper involved.

In any case, a self-regulatory body would have grave difficulty introducing fines or compensation unless it had a statutory basis – and that, of course, would conflict with the notion of the system being self-regulatory.

Should a self-regulatory body have the power to award compensation?

Monetary compensation is not generally awarded to successful complainants for the same reasons that fines are not generally imposed.

Should self-regulatory bodies have the power to suspend journalists or newspapers?

There are grave potential problems with this. Firstly, preventing the flow of information from the media to the public offends against the general principle of press freedom. Suspending publication punishes the public just as much as the newspaper. Secondly, it may seem unfair to punish specific journalists in a system based on editors taking responsibility for what is published.

There are many examples of this argument from across the world. In South Africa similar arguments have prevailed since self-regulation started in the 1960s – ironically that was when the apartheid government was threatening to create a statutory press council “with teeth”.

A statutory tribunal would mean editors and journalists would have to abide by rules created outside the newsrooms and thus lose their freedom to decide what to publish or not to publish. Their freedom of expression would be restricted and their rights under Section 16 of the SA Constitution would be violated. It would have been so much more democratic had the ANC approached the Press Council with suggested amendments to its constitution, complaints procedures and the SA Press Code. All South Africans are free to send such suggestions to the Council.

Obviously each suggestion is fully analysed and debated and the final decision taken by the Council and its constituent members, fully aware that this is a system of self-regulation.

When we receive a complaint under the current system, we send the complainant a waiver to sign. It clearly explains:

“Our Complaints Procedures states: ‘The Ombudsman shall not accept a complaint…where at any stage of the proceedings legal action is threatened or considered by the Ombudsman to be a possibility, unless the complainant in writing waives any right to claim civil relief of whatsoever nature directly or indirectly related to or arising out of the complaint.’

”This waiver is designed to avoid tribunal-hopping and to prevent a publication having to answer twice on the same complaint – to us and then later to the courts or other tribunals. We thus give you a choice of tribunal upfront. If your goal is to clear your name quickly and cost-effectively, you would choose our system. If it is other relief you seek, you might choose another route to suit your goal”.

This is not taking away a complainant’s “constitutional right to go to the courts”, as alleged. Rather it makes the options clear right from the beginning. Between August 2009 and July 2010, 135 people, including the ANC, cabinet ministers and provincial premiers have chosen to use our system.

If the complainant wants more, she or he may go to the courts or other tribunals. The ANC’s argument that litigation is expensive and takes time is valid, but the press should not carry the blame for that. It is government’s duty to find ways to make litigation accessible and affordable.

If this is the ANC’s concern, as it claims, it is trying to find solutions in the wrong places.

When the Ombudsman holds a hearing on a complaint, he sits with two members of the Appeals Panel, one representing the press, but not the publication involved in the dispute, and the other representing the public. The decisions are supposed to be taken by majority vote, but thus far we have had consensus.

The judge’s decision, like all arbitration proceedings in this country, can be taken on review to the High Court.

This is a fair system that has provided a good service to readers and journalism alike. The argument that newspapers don’t learn from self-regulation can be countered by pointing to the effect we had on the Sunday Times last year when it brought in experts to look at its gate-keeping after a series of embarrassing findings against it.

A media appeals tribunal is not the answer. Instead the very proposal itself is currently severely tarnishing the country’s good name around the world.

By the way, Nigeria recently tried that route and earlier this month its High Court knocked the proposal down as unconstitutional.

(Thloloe is the SA Press Ombudsman)