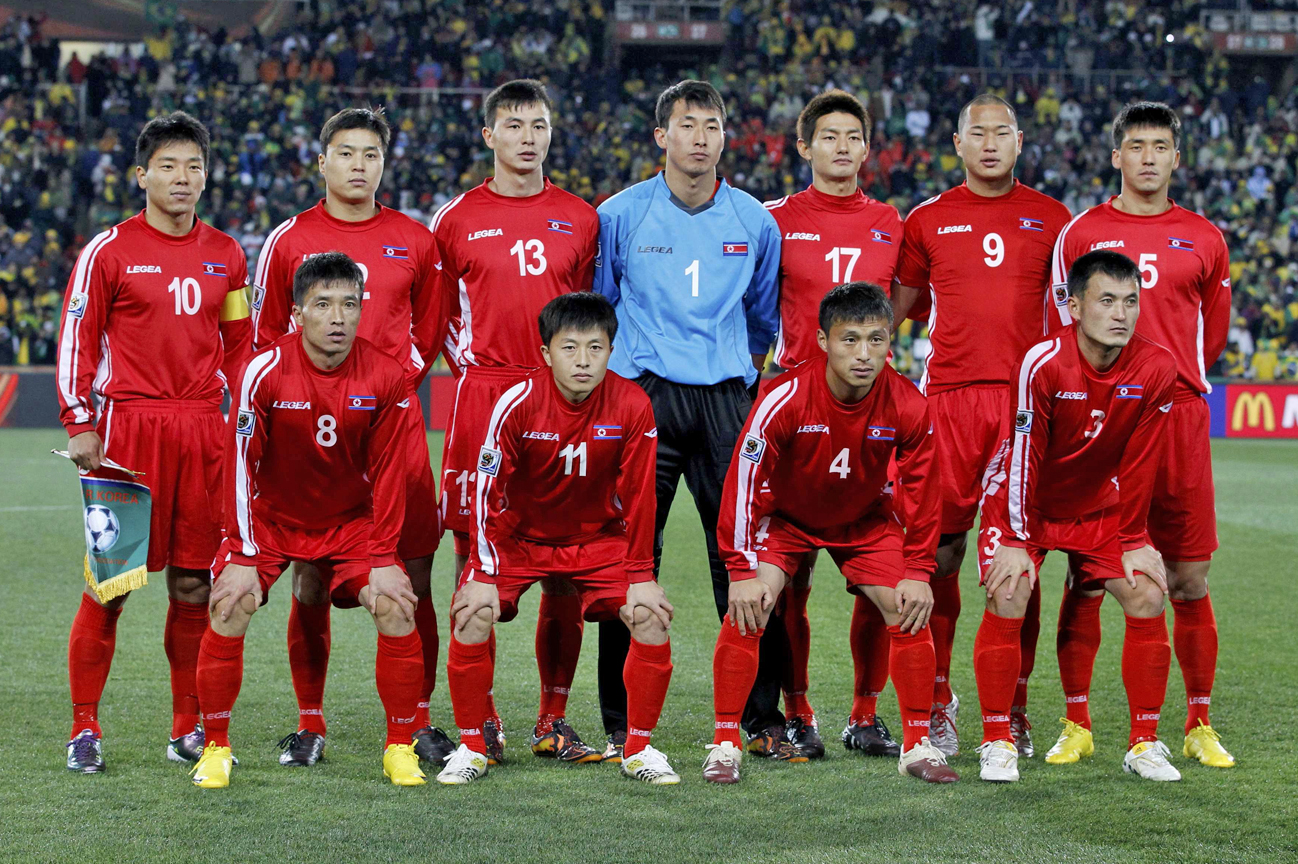 South Africa’s less-than-glorious exit from the World Cup was bad; what with being the first hosts in the history of the tournament to be kicked out in the group stages and all, but Bafana Bafana had the comfort of an entire nation’s backing. What little pain our team felt is nothing compared to what the North Korean team faced when they arrived back home.

Officials in Pyongyang, wary of the possibility of a crushing loss, and perhaps even warier of displeasing their Dear Leader Kim Jong Il, refused to broadcast any of North Korea’s World Cup games live. Then came that incredible game when North Korea stunned the whole world by narrowly losing to Brazil. For the briefest of moments, it seemed as if Phillip himself wanted to please Dear Leader.

The next fixture for North Korea was against Portugal on 21 June. The Portuguese were a less daunting task than the Brazilians, and in anticipation of a win that would bring glory to Dear Leader and the motherland, Pyongyang allowed live broadcasts of the match in the country. It was a terrible mistake. Instead of a rousing display of discipline and good comradely victory, the North Koreans were soundly thrashed 7 – 0. It was a shattering humiliation by any standards, even more so for a country with a displaced, almost comical sense of superiority.

If the reports coming out of the rogue state are to be believed, upon their return to the People’s Republic the players and coach were subjected to public humiliation by government officials. Radio Free Asia and South Korean media reported that the entire team and head coach were summoned on 2 July to the People’s Palace of Culture and subjected to “ideological criticism” by sports minister Pak Myong-chol in front of 400 officials, students and journalists.

The Los Angeles Times quoted Chosun Ilbo, a South Korean newspaper and Radio Free Asia saying, “The players were subjected to a ‘grand debate’ on 2 July because they failed in their ‘ideological struggle’ to succeed in South Africa. The team’s coach, Kim Jong-hun, was reportedly forced to become a builder and has been expelled from the Workers’ Party of Korea. The coach was punished for ‘betraying’ Kim Jong-un, one of Supreme Leader Kim Jong-il’s sons and heir apparent.

The report added that the players were ordered to reprimand coach Kim, who was then sentenced to hard labour for the team’s failings.

Two players, Jong Tae-se and An Yong-hak flew to Japan where they born and currently live, were lucky enough to escape the inquisition. Radio Free Asia quoted unidentified individuals in North Korea and a Chinese businessman described as “knowledgeable about North Korean affairs” as sources. However, not everyone is agreement about what exactly befell the North Korean team after the World Cup. The state-run media services were silent on the matter, unsurprisingly.

That is quite telling in itself. The chief of the Asian Football Confederation, the regional body under which North Korea falls, Mohammad bin Hamman said he spoke to four North Korean players in July and none of them mentioned the public humiliation incident.

Yang Moo-jin, a professor of North Korean studies at the University of Seoul, told reporters not even North Korea would sink to such lows. “I don’t think the North Korean government, however despotic a state it may be, would do such a thing resulting from an outcome of a football match,” he said.

Fifa isn’t taking the rumours lightly. President Sepp Blatter announced Fifa was investigating the claims against North Korea. Officials from the football body have sent a letter of inquiry to the North Korean football federation. Blatter said that after they received the federation’s reply, they would elaborate on their next step.

Fifa has come down very harshly against state interference in football in the past. South Africa was barred from participating in Fifa in 1976 after refusing to let black players into the national team. Recently, Nigeria came very close to incurring sanctions after President Goodluck Jonathan said that country’s national football team would be withdrawn from international competitions for two years after their poor showing in the World Cup. Jonathan recanted after some heavy leaning from the Confederation of African Football and other international bodies. Presumably then, if the North Korean rumours are true, precedence dictates that we will not be seeing them on the international stage for a very long time.

It wouldn’t be the first time a dictator has meddled with a team and punished those that didn’t do well. In 1938, Italian fascist dictator Benito Mussolini declared that the Italian football team, who incidentally were the defending world champions, had to win “to show the world what the fascist idea of sport is”. Before Italy faced Hungary in the World Cup final in Paris, Mussolini allegedly sent each team member a telegraph that read “Vincere o morire”- Win or die. Word got out that the Italian team were literally playing for their lives, and the general feeling is that Hungary let the Italians win that game.  After Italy won the final 4 – 2, the Hungarian goalkeeper Antal Szabó said to reporters, “I may have let in four goals, but at least I saved their lives.”

During the 1974 World Cup, after a particularly poor showing by Zaire against Yugoslavia, Zairian dictator Mobutu Sese Seko sent some of his guards to threaten the players. The players were shut in their hotel and told that if they lost by more than 4 – 0 in their upcoming fixture against Brazil, they would not be allowed to go home to Zaire. They lost the match 3 – 0, which meant they were safe to go back home without fear of reprisals.

Uday Hussein, Saddam’s eldest son and a notoriously vindictive leader, was known to torture Iraqi football players and even entire teams if they didn’t do as well as he liked. Of course, he didn’t do too well himself in the end – he was killed during a brief gunfight with US Special Forces in Mosul in 2003.

Read more: The LA Times, the Telegraph and ABC News on the ‘invisible telephone’.