Analysis: Sexwale vs BMF on media

Analysis: Sexwale vs BMF on media 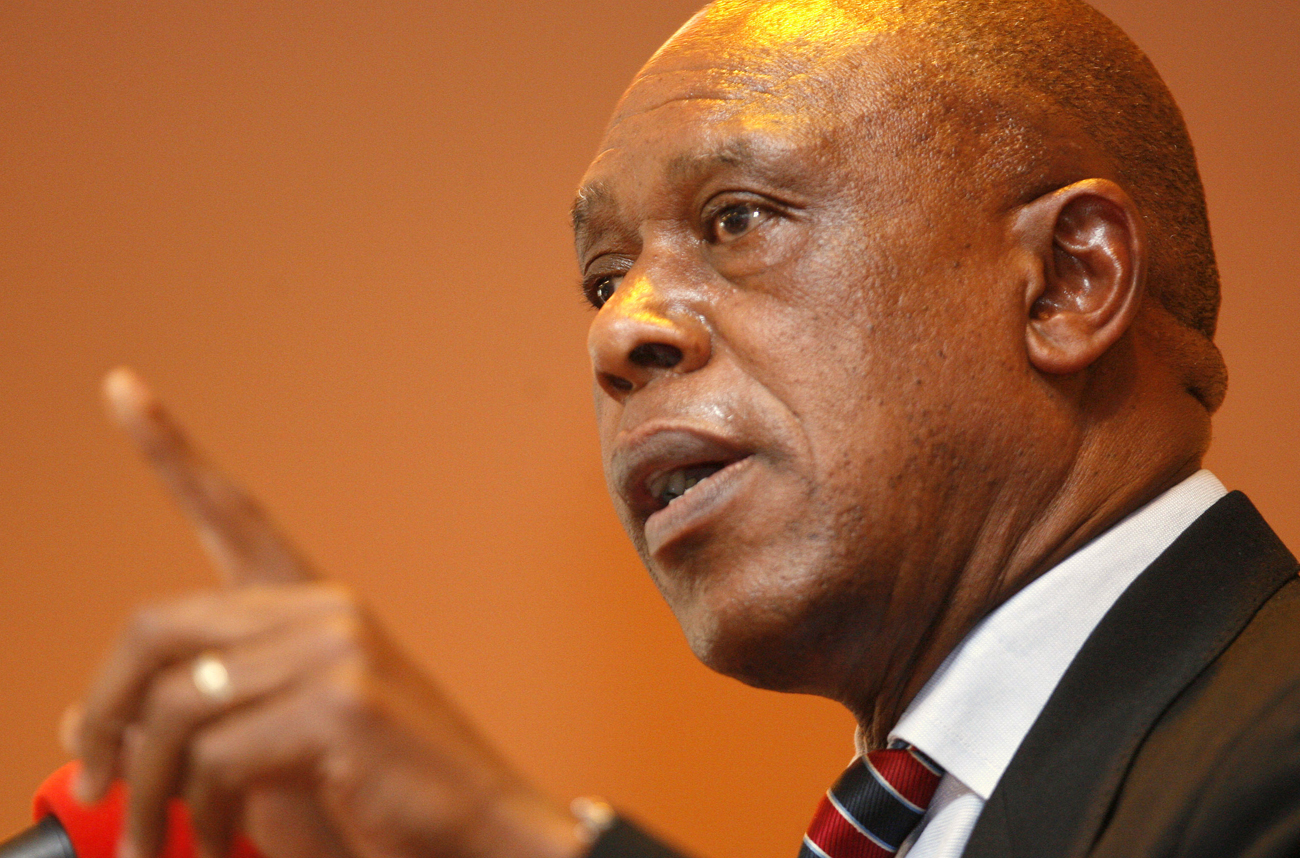 For some time one of our concerns about the current debate-cum-slanging match over the media is that the most sober voices are not being heard. There’s been very little listening, and one helluva lot of shouting. While we understand that’s going to happen in a country where one’s views are pretty much determined by one’s identity, there are moments when our despair lifts. Before we plunge again, of course.

This see-saw happened again this week. But what’s interesting about it is that the people who first cheered our spirits, and then dropped us back into our terminal depression, come from the same side of the fence, the ANC.

Tokyo Sexwale is urbane and sophisticated. He’s also sometimes a little too First World for the ANC. On Wednesday, Discovery Leadership Summit attendees listened to his speech as his first shot of the new presidential campaign; let us just remind you, presidential campaigns start in ANC branches, not at high-end business gatherings. It’s the mistake Sexwale made pre-Polokwane. By now, he knows it very well: It’s about the branches.

But still he showed, while speaking at Sandton Convention Centre on Wednesday, that there is still some residual sophistication in our national debate. That sometimes it’s still possible to speak the truth, and have both sides applaud.

When you’re talking about the media that takes some skill. Sexwale was on the money when he said, “As a member of the national Cabinet, as well as a member of the national executive committee of the ruling party, I can state without any fear of contradiction that there has never been a situation where anyone has plotted the demise of the media in South Africa. Knowing the kind of leaders – men and women – who serve in those structures, I can state that there has never been such a plot against the media.”

That’s about as clear as you can get: “we will not ban you all” was the message. But this time it’s from someone many trust. Sexwale does have a way of pouring oil on the stormy waters of media angst. But he was also able to say that as South Africans we will have robust debates. In other words, “my allies, my supporters, the people in my party, must be allowed to have their say”.

It’s indeed cheering for those of us who like a real debate, on the issues, rather than on the identity of the person speaking.

But then again, contrast that with the Black Management Forum. It put out a statement on Thursday that read in part:

“The BMF doesn’t believe that the structures that exist today have enough strength to secure citizens’ rights in the face of an aggressive media industry that tarnishes people’s integrity at will and gets away with it.” Notice the assumptions, the immediate rush to judge. There doesn’t appear to be any attempt to explain where they’re coming from or any use of examples to bolster their position.

The rant continues, “Such penalties must be imposed on employer and employee, jointly and severally, in order to curb employees continuing the behaviour knowing that they are covered by their employers”. They don’t think that if a journalist continually gets his or her company fined, they’ll get fired of their own accord? But more alarmingly there’s also this, “We therefore call on our government and social partners to rally behind a strong media monitoring structure, to ensure that the rights of citizens, individual and Corporate, are secured against character vandalism by some in the media industry”.

Again, no examples. And no, there’s no mention that this is aimed at tabloids. Again we’re all about protecting the rights of the powerful and privileged political class, rather than those who actually might need help.

This is really the start of another line of argument from the BMF. It may start here, but it’ll eventually end with a claim that libel should be criminalised. That people should go to jail for saying certain things. It’s the first step down a road that ends with us failing the soapbox test (i.e. what happens if you get on a soap box on a street corner and suggest that the president is wrong and should be fired). It’s also very similar to what one Thami Mazwai used to say, before he left the SABC board.

We said it before and we will say it again: BMF is supposed to be the cream of the new generation of black business people that will lead this country into a better future for all. They are educated and well-paid, in positions of real power. They are supposed to be very aware of the direction in which the world is going and how crucial robust and free media is to every free and successful society in the world. And yet, they choose, once again, to follow their narrow and immediate interests and express their preference for the media regulation that was applied in such luminaries of freedom as German Democratic Republic or Zimbabwe. That fact is profoundly disappointing and disturbing.

The ANC keeps claiming these days that it has the “people” on its side. It may have. It may not. But it does have a responsibility to debate this maturely. We need more Tokyo, and less BMF for us to arrive at any kind of reasonable answer.

Down one road lies sensible moderate solutions to difficult questions.

Down the other, Idi Amin.