Media: We won't negotiate with terrorists. Or about ANC...

Media: We won’t negotiate with terrorists. Or about ANC media tribunals. 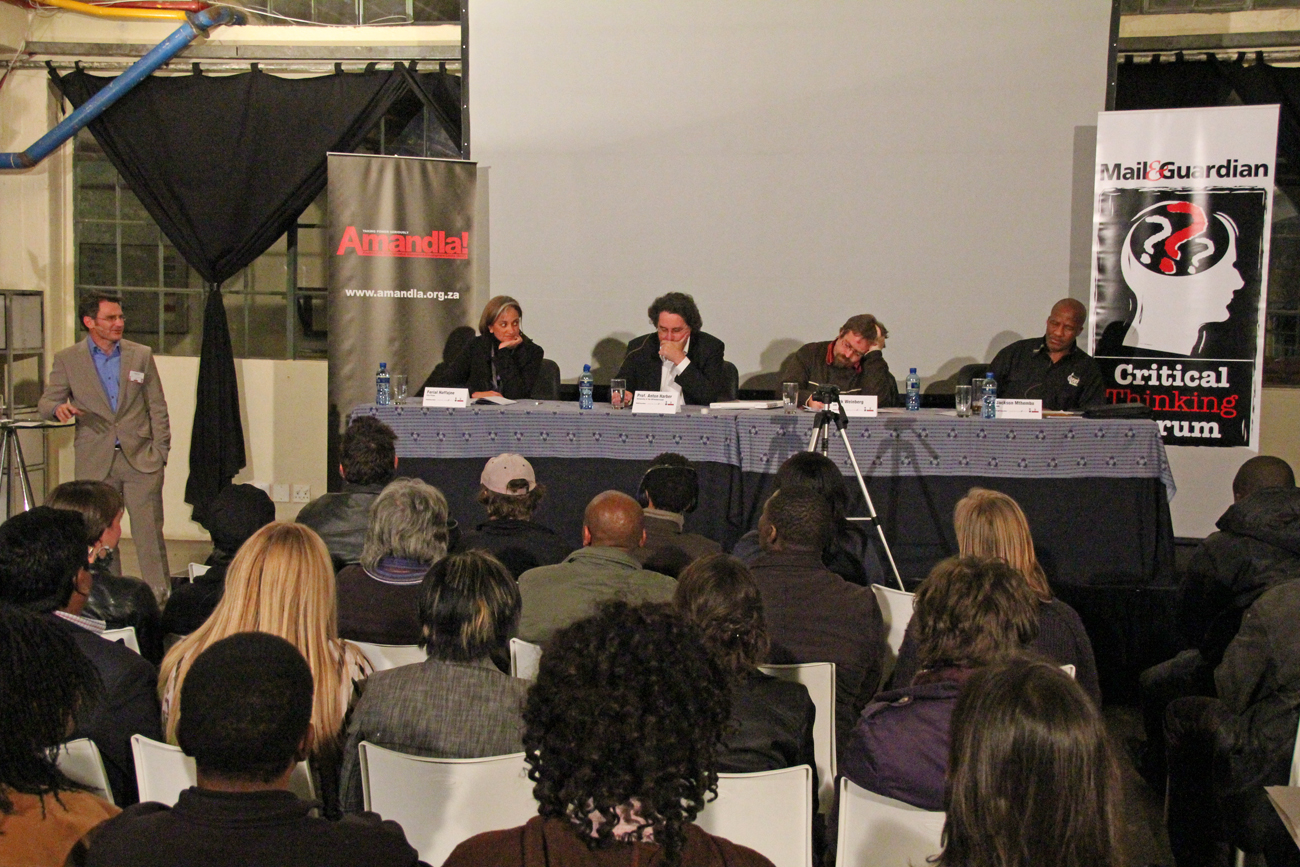 The ANC has expressed a willingness to talk to the media about its proposed media appeals tribunal, having perhaps sensed some mild dissatisfaction with the proposal to, well, end freedom of media in South Africa. On Wednesday night it got to have such a discussion – and it got an earful.

And not just because it is trying to coax newspapers into suicide, or to censor church newsletters, or leave the SABC to rot. Even though those are clearly sore points.

You have to hand it to ANC spokesman Jackson Mthembu: He’s not one to shy away from a fight. It takes guts to show up for a debate on media freedom where you’ll face two former Mail & Guardian editors, Anton Harber and Ferial Haffajee, while clutching a proposal for state oversight of the media. And not least of all when the moderator is the current M&G editor, Nic Dawes

But Mthembu didn’t just get it from the journalists on the panel, or from media activist Mark Weinberg. He also faced a distinctly hostile audience at the M&G’s Critical Thinking Forum on media freedom in Johannesburg, and the language wasn’t subtle.

Talking about changes to the way the media self-regulates now would be seen as being “lured into putting the chains around ourselves” said Press Ombudsman Joe Thloloe, whose office is coming in for so much criticism from the ANC right now. Talking about how best to implement a tribunal “feels to me like being complicit in my own death sentence” said Ferial Haffajee, current editor of City Press. If you want examples of countries where these kind of proposals have been implemented, look to China and Zimbabwe, said Wits journalism head Anton Harber.

Mthembu, for his part, again argued that print media should be regulated in the same manner as broadcast media (which Harber finds absurd), again stated that out-of-control journalists need reining in (but wouldn’t provide examples when challenged to do so by Haffajee) and again expounded on the need to diversify media and strengthen it in rural areas (much to the amusement of Weinberg). To say there was no meeting of minds would be an understatement.

But the event served to prove that there is, indeed, a hardening of attitudes about the issue, a fear Mthembu has expressed several times. The media side of the debate is very firm indeed: There can be no discussion about the mechanics of a media tribunal. Whatever the problems within the media – and there is consensus that everything from “juniorisation” of newsrooms to sensationalist tabloid reporting need looking into – trying to impose statutory, state-controlled oversight can never be the answer. Not even if you care nothing at all for the newspaper at which it is aimed.

“The minute you give that power to the state or government to make those decisions, it will in the long run have the potential to be used, not only against journalists, but also against other citizens,” Harber said. Such as the activist in Diepsloot who wants to distribute pamphlets denouncing his corrupt local councillor, or the NGO that wants to inform about housing delivery mechanisms via an information sheet, or even the local church newsletter.

Mthembu, on the ANC hand, stuck to his hard line: Malicious journalists require a strong “deterring mechanism” to stop them from trampling all over the rights (mostly privacy and fairness) of ordinary people. And what possible harm could there be in having a multiparty, democratic Parliament investigating what is nothing more than a suggestion?

Unless there are some dramatic changes, and soon, that is the line that will be put before the ANC’s national policy-making conference, which is now only weeks away.