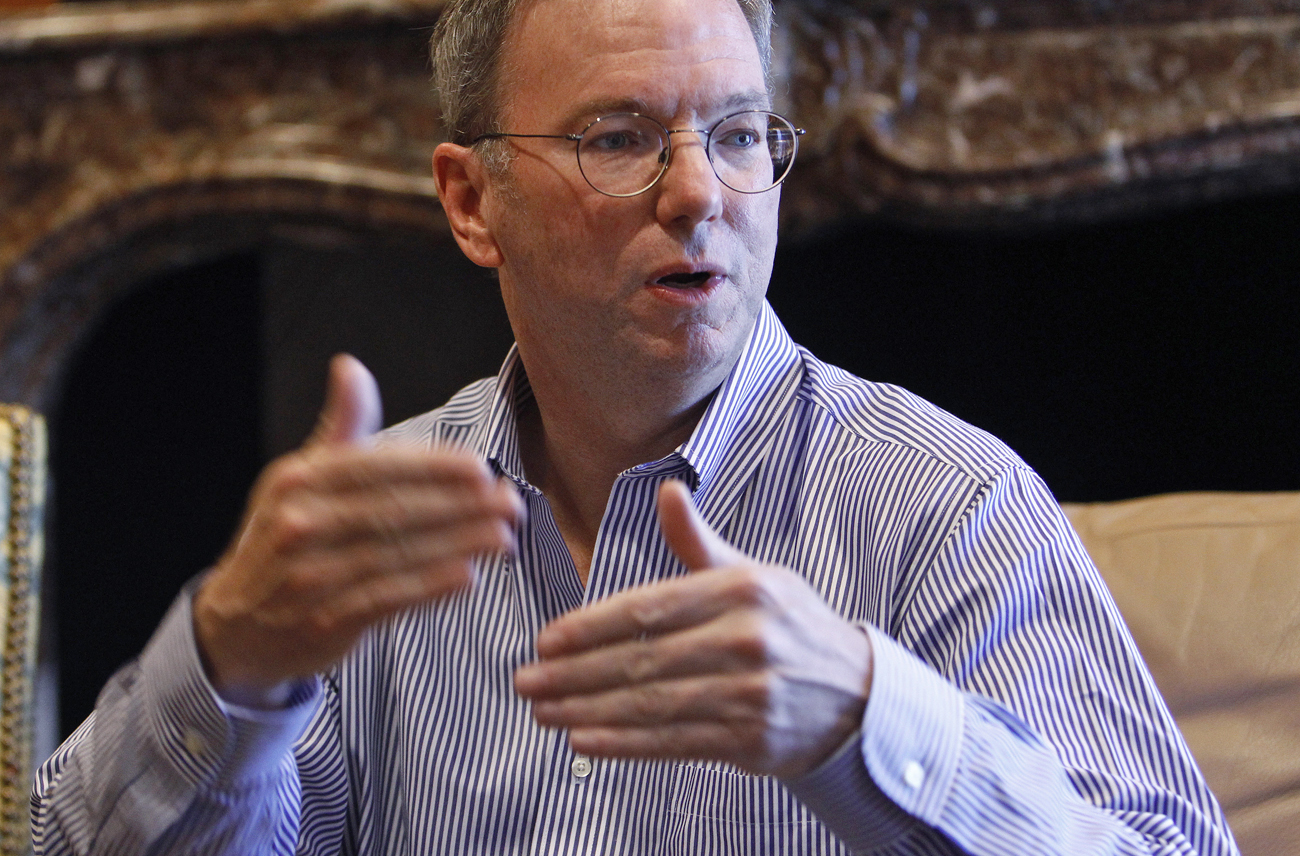 The bad news is he’s serious. Eric Schmidt, the chief executive of the world’s most powerful Internet company, would like to do away with anonymity in cyberspace. The good news? You tell us.

Google isn’t your spouse. It doesn’t know, for instance, when you’ve woken up in a bad mood, when you’re depressed or manic, when you haven’t taken your meds. It can’t work out from the expression on your face whether you’re suffering or satisfied, and it can’t cheer you up after a bleak day at the office or punish you for minor infringements. But, if you upload your budget to Google Docs, it knows as much as your spouse about your finances. If you use Gmail, it probably knows better than your spouse who your friends are. And if you use Google search (and who doesn’t?) it knows quite intimately what you do and don’t like.

So there’s a weird sense of familiarity in the following statement from the mouth of Google CEO Eric Schmidt: “If you have something that you don’t want anyone to know, maybe you shouldn’t be doing it in the first place.” The words of a spouse? Maybe not. Maybe more the words of a parent, or (ja, can’t be avoided) a big brother.

Schmidt made the remark in question during an interview with Maria Bartiromo of CNBC last year, after he was asked whether he thought that people should continue to treat Google as if the search giant was their most trusted friend. He expanded on his answer by saying that private information could be made available not only to strangers and acquaintances, but also to the relevant authorities.

“The reality is that search engines, including Google, do retain this information for some time,” said Schmidt. “And we’re all subject, in the US, to the Patriot Act…”

The Huffington Post referred to that CNBC interview, and their attendant piece on it, in an article that ran on the website on Wednesday 11 August this year. The latest article also cites a CNBC interview with Schmidt, and this time quotes him saying that anonymity on the Internet is “dangerous”. More specifically, the words the Google chief executive used were: “In a world of asynchronous threats, it is too dangerous for there not to be some way to identify you.”

Asynchronous threats? The Daily Maverick had to look that one up, and what we think Schmidt meant is that the world today is governed by threats that don’t necessarily happen at the same time, but we admittedly had some trouble figuring out when the world was any different. Fortunately, Schmidt explained himself a bit better in his next statement: “We need a [verified] name service for people. Governments will demand it.”

Right then. According to the boss of the most powerful company on the Internet, a service that roughly 75 percent of the global Internet population (or just under 950 million people) used in June 2010, there should be no more anonymity in cyberspace.

Schmidt did make one concession, though. “Privacy is incredibly important,” he told CNBC interviewer Julia Boorstin. “Privacy is not the same thing as anonymity. It’s very important that Google and everyone else respects people’s privacy. People have a right to privacy; it’s natural; it’s normal. It’s the right way to do things. But if you are trying to commit a terrible, evil crime, it’s not obvious that you should be able to do so with complete anonymity. There are no systems in our society which allow you to do that. Judges insist on unmasking who the perpetrator was. So absolute anonymity could lead to some very difficult decisions for our governments and our society as a whole.”

To their eternal credit, the specialist website Networkworld.com picked up on the Freudian slip in the above proclamation. Schmidt is correct, they stated, it is NOT obvious that anonymity equates with an increased likelihood of some future-dated “evil” crime.

What is obvious, perhaps, is that no anonymity equates with greater potential profits for the likes of Google, Yahoo and Facebook. The math is simple: less anonymity equals less privacy (despite what Schmidt might say about these being two separate concepts) equals more data to on-sell to advertisers.

Networkworld.com quoted online security expert Bruce Schreiner on the subject: “Here’s the problem: The very companies whose CEOs eulogise privacy make their money by controlling vast amounts of their users’ information. Whether through targeted advertising, cross-selling or simply convincing their users to spend more time on their site and sign up their friends, more information shared in more ways, more publicly means more profits. This means these companies are motivated to continually ratchet down the privacy of their services, while at the same time pronouncing privacy erosions as inevitable and giving users the illusion of control.”