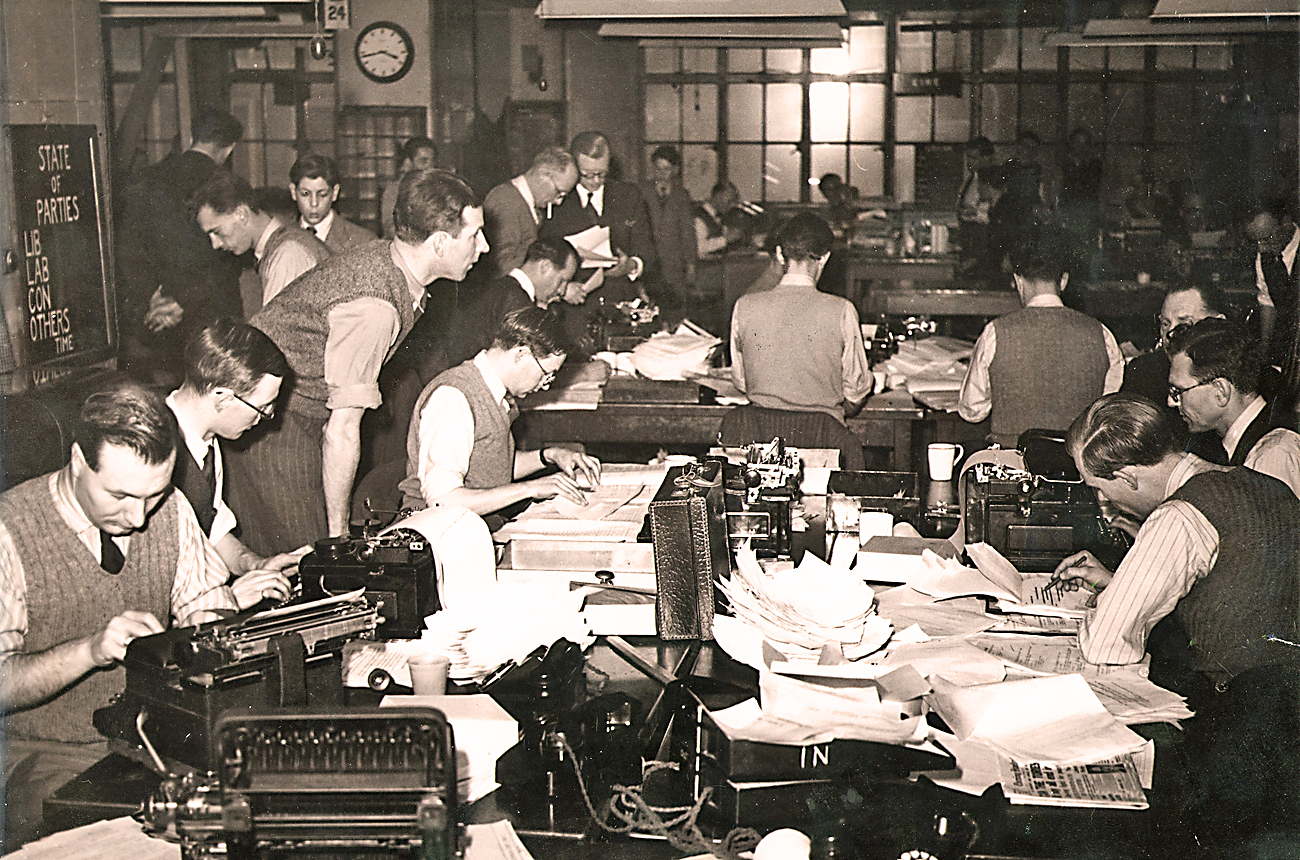 Last time, we talked about exactly how the online and print media arrived at such a precarious point where there's possibly no way out. What exactly do we need do to put our future back in our hands?

It is patently obvious that we find ourselves in dire straits these days. For way too long now, our collective fascination with the tools of the trade has been blinding us; so much so, that we’re completely missing the obvious, simple truths staring us in the face.

As we explained, we, the media, literally stood on the sidelines watching others make and police the online media rules we should have created in the first place. We need only blame ourselves; our lack of vision was criminal.

But where did it come from? In the early-to-mid 20th century, there were three major ways to disseminate the news: paper, radio and TV. As a medium, TV was always the briefest of them all, with viewers’ ever-diminishing attention spans and commercial imperatives necessitating ever-shorter reports.(Strangely enough, that trend was not reversed with the advent of 24-hour news networks.) Radio had much more time at its disposal to go deeper into the story, but it was always plagued by the lack of the visual component. In such a field, print established itself as the medium that captured reportage, analysis, opinion and the visual elements in a very attractive package. The three different media were so distinct they even required different journalistic skills.

But then, the Internet arrived and most thought there was now a fourth distinct medium.

It was easy to be misguided by the horrible PC screens on which early stories were displayed, the lack of photographic appeal because of slow connections and to believe that somehow, online articles were different to the printed ones. Admittedly, it took a while, but the quality of today’s screens, and especially the newest generation like iPad, are as good as any glossy magazine reproduction. As we arrived at 2010, the truth has become obvious: print news and online news are very much the same. Yes, you normally still can’t take your laptop to that mythical bath (or the equally mythical toilet), and yes, your online article can contain videos that print can’t. But essentially, the nature of the experience, the space available and the very reasons for existence of print and online articles are very much the same.

To end our collective blindness we need to stop our obsession with the medium itself.

Where did that collective blindness come from? Well, most of us were so immersed in our daily fight with deadlines, uncooperative sources, commercial imperatives and simple fatigue, it would take a  serious visionary to overcome the daily troubles and have the time and energy to cast a wondering gaze into the future. Not easy. And yet, probably the biggest of the problems was our life-long identification with the medium itself: we LOVE the paper, brag about the smell of the freshly-printed newspaper or magazine, declare that life without paper was not life at all. That is all so much wonderful, misty-eyed romantic poetry that most of us genuinely believed it was the ticket to the world of which we wanted to be part – the world of thinkers, decision- and opinion-makers. Paper was our way to identify and recognise ourselves.

Sadly, paper dominated the world of quality information for so long that we mistook it for the information itself.

Today, faced with the new, ever-changing world of successive technologies, the news media people need to ask a fundamental question:

Are we here for the medium or the message?

Or, translated into everyday speak: Is the main reason we are journalists because we want to commit our stories to paper, or are we here because of the stories themselves?

It is a fundamental question and the response to it, as personal as it is, will define many a journalist’s future. For this reporter, there’s no dilemma: Paper is great, spent 25 years touching it, weighing it and smelling it, but, at the end of the day, we are here for the message.

And yet, in mid-2010, we’re still talking about print and online journalism as though they were two different worlds. The reason for that remains a mystery. To claim media’s rightful position in online world and have a chance of surviving, we need to:

Smash the artificial dividing wall between print and online journalism.

The two are exactly the same. The mediums and distribution methods might be different, but the results are the same.

And as we finally liberate ourselves from sitting in the trenches enforced by the different technologies, we need to address another problem that we’ve avoided for way too long:

We must accept our responsibility for online editorial quality and integrity

Ever since the first news websites appeared, it was obvious that somehow the good old editorial policies of print were going to be forgotten. Designed around the new technology, news websites were controlled by the computer programs rather than the people. Hundreds upon hundreds of articles, originating from wire services, company’s print titles, haphazardly chosen blogs, “user-generated content” (whatever that meant), and many differing streams were thrown on pages by algorithms. The sites did not publish stories, they were “populating them with content”.

For many years most people never saw a problem in this, but there is a huge one. To explain, let’s go back to the magazine world again. All of us have a favourite magazine, say, Vanity Fair. Why do you like it and buy it every month? Because, over the years, you’ve learnt to trust the editorial team and its choice of subjects, stories and photos. You buy the next magazine, after many satisfying issues, expecting the team will do a sterling job as usual. You also believe that, in the process of putting it together, the editors had to discard lots of trash so they did not waste your precious time on stupid and meaningless articles. And, of course, they don’t want to destroy their brand by publishing rubbish.

Contrast all of that now with the piles and piles of information you have to wade through on news websites today to find the few articles that are important, pertinent and a pleasure to read. Why would online media expect you to be the editor yourself?

The response is simple: We have failed you. Instead of continuing our print editorial philosophy online, we’ve somehow allowed people controlling the online parts to assume that you, the reader, should spend extra time doing it yourself.

This might be a good point to understand that until editorial teams all over the world take their online responsibilities seriously – and do so urgently – readers will still invest greater credibility in print. To bring the same weight to news websites, to engender brand loyalty and to wield influence, we need uncompromising editorial processes. Only the online brands that are hard-working and honest and set uncompromising quality on a pedestal will be believed and beloved as much as are the best in print. And on being seen to be as good as print hinges the survival of online media, as we will see in our next instalment:

The future of online: Making it commercially viable.

Photo: A file photo from the Reuters archive shows journalists in the Reuters Newsroom at 85 Fleet Street, London, during the British General Election of 1950. REUTERS