Charles, Naomi and dinner at Madiba’s: What don’t w...

Charles, Naomi and dinner at Madiba’s: What don’t we know? 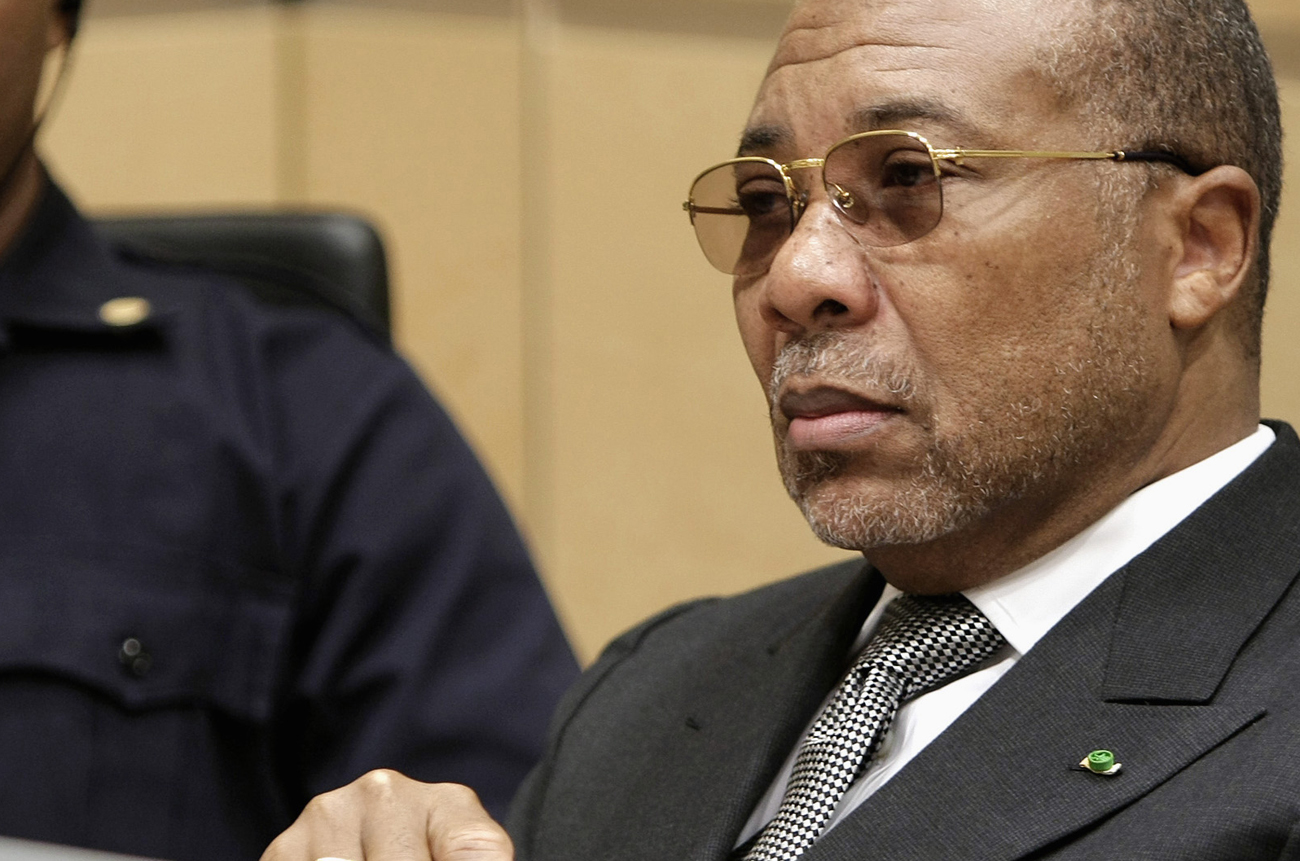 There are some unanswered questions behind the case of the “blood diamonds” presented to Naomi Campbell by warlord Charles Taylor in 1997, not the least of which is why the already infamous criminal was invited to dine with Madiba at all.

In Canada, the richest award for literary non-fiction is the annual $25,000 Charles Taylor Prize. It is named for Charles Plunket Bourchier Taylor, a journalist, author and racehorse breeder who, after writing five books and breeding several champion sires, died of cancer in 1997. As a journalist, this Charles Taylor provided expert coverage on the war in Vietnam, the civil war in Nigeria and various Arab-Israeli conflicts. A year before his death, he was inducted into the Canadian Horse Racing Hall of Fame.

So it would be nice to think that on a warm Pretoria evening in September 1997 it was this Charles Taylor who Nelson Mandela and Graca Machel were expecting for dinner. If only the eminent Canadian hadn’t died in July of that year, the story might have stuck. Which begs the question: Why were Madiba and his soon-to-be third wife, the widow of the heroic Mozambican resistance leader Samora Machel, dining with the other Charles Taylor?

Charles Ghankay Taylor, the man who actually came for dinner, was briefly arrested in 1979 for threatening to take over the Liberian mission in New York. He returned to Liberia, his birthplace, in 1980 and a few years later was appointed head of a key governmental agency by president Samuel Doe. In 1984 Taylor was arrested in the US again, this time for allegedly stealing about $1 million from the Doe government and he remained in prison for more than a year awaiting extradition. Eventually he escaped by “sawing through the bars”, and is thought to have found sanctuary in Gaddafi’s Libya. In 1989, then a well-armed Libyan-funded warlord, he launched an attack on Liberia from neighbouring Cote d’Ivoire. His movement, the National Patriotic Front of Liberia, quickly took control of most of the country. In 1990, Doe was tortured to death by an ally of Taylor’s, one Prince Johnson.

But the other Charles Taylor was just warming up. Following a fraternal disagreement with Johnson, who captured the capital, Monrovia, for himself, he led Liberia into an ethnically driven civil war that left 200,000 dead and a million homeless.

Taylor emerged triumphant in 1996, and was voted president of Liberia in August 1997 – although the victory was termed a “landslide” with 75% of the vote, it was widely believed that he would resume the fighting if he lost. To wit, his campaign song included the lyrics, “He killed my ma, he killed my pa, I’ll vote for him”. No wonder he was in such fine fettle a month later at Tata’s dinner table in Pretoria. No wonder he thought that one of the world’s most desirable women, supermodel Naomi Campbell, might be his for the taking. Diamonds? Oh yes, Taylor was familiar with the masterful 1940s marketing blitz of South Africa’s other great son Harry Oppenheimer – the one that said fossilised coal “is forever” and, therefore, works perfectly as an engagement ring – and he had access to plenty of the stuff. In fact, Taylor had allegedly funded part of his war by selling Liberian diamond-mining rights to American televangelist Pat Robertson in the mid-1990s.

So while Taylor lent over the dinner table and whispered in Naomi’s ear that he intended to bestow on her a gift of diamonds, how much about the history and character of his guest did Madiba know? As president of South Africa at the time and a man with unfettered access to the country’s intelligence services, one would assume he knew a lot. Did any of it matter beyond the fact that the dinner presented a diplomatic opportunity to converse with a newly elected African leader? It’s impossible to say.

Whatever the answer, Taylor’s current war crimes trial in The Hague is not doing the impeccable reputation of Madiba much good. In its trademark understated style, the Guardian opened its reporting on Monday 9 August with the following:

“Thirteen years ago, on a balmy South African evening in September, an eclectic group of guests arrived in Pretoria for a dinner with Nelson Mandela. Despite the somewhat incongruous presence of a former warlord, they ate, drank and made merry. The host wore one of his trademark shirts, and in the morning one of the guests woke up with some diamonds.”

Of course, Madiba’s legacy is too large to be permanently damaged by this reputational hiccup; chances are the long-ago dinner will be forgotten again in a week. The core of the trial concerns the 11 counts of war crimes brought against Taylor by the United Nations, including charges of murder, sexual slavery and rape, and while he is accused by prosecutors of trading in “blood diamonds” to fund the infamous rebels (and their child soldiers) of Sierra Leone, this has nothing to do with Mandela. In point of fact, the Nelson Mandela Foundation invited Ellen Johnson-Sirleaf, Liberia’s current president and the woman who ran against Taylor in the 1997 elections, to give the Sixth Annual Nelson Mandela Lecture in 2008.

But along with the testimonies of Campbell and actress Mia Farrow, who was also a guest at the dinner, what Mandela’s name does do is place intense media focus on a trial that hasn’t been getting many column centimetres of late. It’s a case with a host of untested allegations, including that Taylor did not, in fact, escape from a maximum security facility in 1985 by sawing through the bars. He told the court in The Hague he was released by US authorities so that he could engineer the overthrow of Doe.

The same charge had already been put forward by Prince Johnson, Doe’s torturer and killer, at Liberia’s Truth and Reconciliation Commission in 2008. Given that the US had done such things before (the CIA’s backing of Augusto Pinochet in the 1973 overthrow of Chilean president Salvador Allende, for example) it’s a charge that could easily be true. If so, what else don’t we know about this story?

Read more: The Guardian, The Telegraph.

Main photo: Former Liberian President Charles Taylor sits in the courtroom of the International Criminal Court prior to the hearing of witnesses in his trial in The Hague January 7, 2008. REUTERS/Michael Kooren