Analysis: It's striking time again, like we did last su...

Analysis: It’s striking time again, like we did last summer 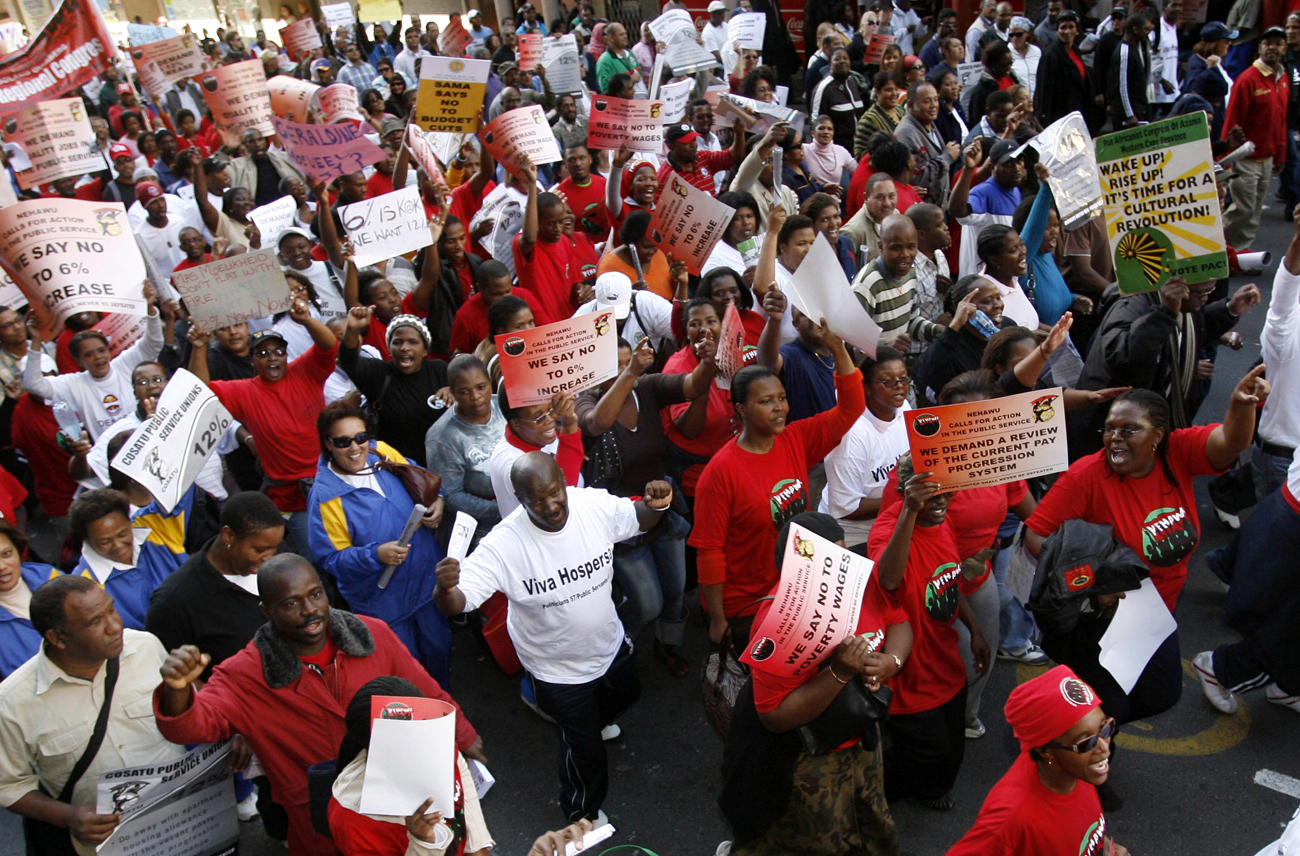 As the public servants strike grips the country, we are again reminded that all strikes are inherently about politics. If politics is about power, then surely the exercise of the most powerful weapon workers have, to withdraw their labour, is in essence politicking. In South Africa, where we have our own interesting way of doing things, it’s really about who’s the boss.

Cosatu-organised strikes within the tripartite alliance, will always have a special resonance. For the last few years the unions, led by Cosatu, have had it pretty much their way. If they wanted an increase, they got most of what they wanted. Negotiating tactics aside, they can hardly complain. And if government, whether through municipalities or in its national guise has so much as dared to get a little uppity, well, the streets have been trashed, schools and government departments have just stopped working. And government was left with no choice than to cave in, every time.

The politics of this is not hard to determine. The ANC needs Cosatu to mobilise and organise. Cosatu gets a voice at the table in return. It needs to keep its members happy, and the ANC, through its deployees (there’s that word again – Ed) in government, makes sure that happens. In other words, Cosatu’s not really negotiating with government, it’s negotiating with the ANC.

There are many who feel that South Africa needs a “Thatcher moment”, where someone will finally stand up to workers, draw a line in the grass on the Union Buildings lawns and say, “Stop here”. Independent labour analyst Andrew Levy suggested on Talk Radio 702’s Midday Report on Monday that eventually we will have a “high noon” between government and the unions. Yet, it is highly unlikely it will happen on President Zuma’s watch. It’s not a political fight he wants, and there’s a distinct possibility he will lose. Levy also pointed out that this time, government seems to be running out of money. If you look closely at the offers government is making, he says, you’ll see they aren’t giving much more, which is usually an indication they’re running out of cash. But the unions are unlikely to see it that way.

Which is always rather puzzling, given that this government and the unions should have a closer relationship than the last government and the unions. Thabo Mbeki and Zwelinzima Vavi were not the best of friends and Vavi was one of the main figures in the coup that unseated him. But when he brought 50,000 of his closest friends to Pretoria in 2007, and when public service minister Geraldine Fraser-Moleketi came out (don’t forget, she resigned when Mbeki was recalled, and her husband Jabu was one of the main figures behind the 1996 Class Project), Vavi still helped her on to the platform and gave her a hug. We’re not convinced Vavi and Fraser-Moleketi’s successor, Richard Baloyi, are that close.

For the last few months workers of all shapes and sizes have started to voice their lack of enthusiasm for Jacob Zuma’s government. It was the National Union of Mineworkers that came out the strongest. Its general secretary Frans Baleni suggested that backing personalities rather than policies at Polokwane had been a bad idea. Don’t forget that the NUM is the kingmaker within union politics, so his comment can easily be seen as a warning shot saying, “We’re not for sale this time”.

Allied to that we have a group of workers who really are poor. Most of the public sector workers are able to plead poverty quite convincingly. Adding to their anger, is that government and its ministers behave as if they’re not. It’s very easy to suggest to a badly paid teacher that his salary is going to pay for Blade Nzimande’s second BMW, never mind the World Cup tickets, bodyguards and the like. Suddenly their eagerness to strike feels much more real.

Which may just suit Vavi at the moment. He is publicly railing against corruption, against tenderpreneurs and what we refer to as “the dark recesses of the ANC”. And he may have some aspirations of his own. If Gwede Mantashe is unable to fight off Fikile Mbalula and Julius Malema, he may quite like to have Vavi as his successor. After all, they’re from the same union, NUM.  (And who’s that other guy who was NUM general secretary? Oh yes, Kgalema Motlanthe). Vavi may think 2012 will be right for a corruption-busting clean candidate on the moral rejuvenation platform. Someone with a proven track-record, with name recognition, who can organise. And it’s not like he’s media-shy either. (Which may soon be of no importance whatsoever – Ed)

In many African countries the first real opposition to the liberation movement has come from unions. Think Zimbabwe and Zambia. Even the DA has bemoaned the fact it doesn’t have such an option here. But think about it: Cosatu is really SA’s opposition. It is the organisation that can actually critique ANC policy and stand up to them when the things get tough. This strike, of course, is about making sure that its members get what they’re marching for today, which they probably will, in a week or two. But it is also about the future and the way this country will be shaped in the years to come.

Photo: South African public sector workers march through the streets of Cape Town in support of pay demands, May 25, 2007. The Congress of South African Trade Unions (COSATU) has said a strike by about 1 million workers in Africa’s biggest economy was unavoidable if demands for a 12 percent pay rise, double what the government has offered, were not met. REUTERS/Mike Hutchings