Wyclef Jean brings lyrics to life by running for Haitia... 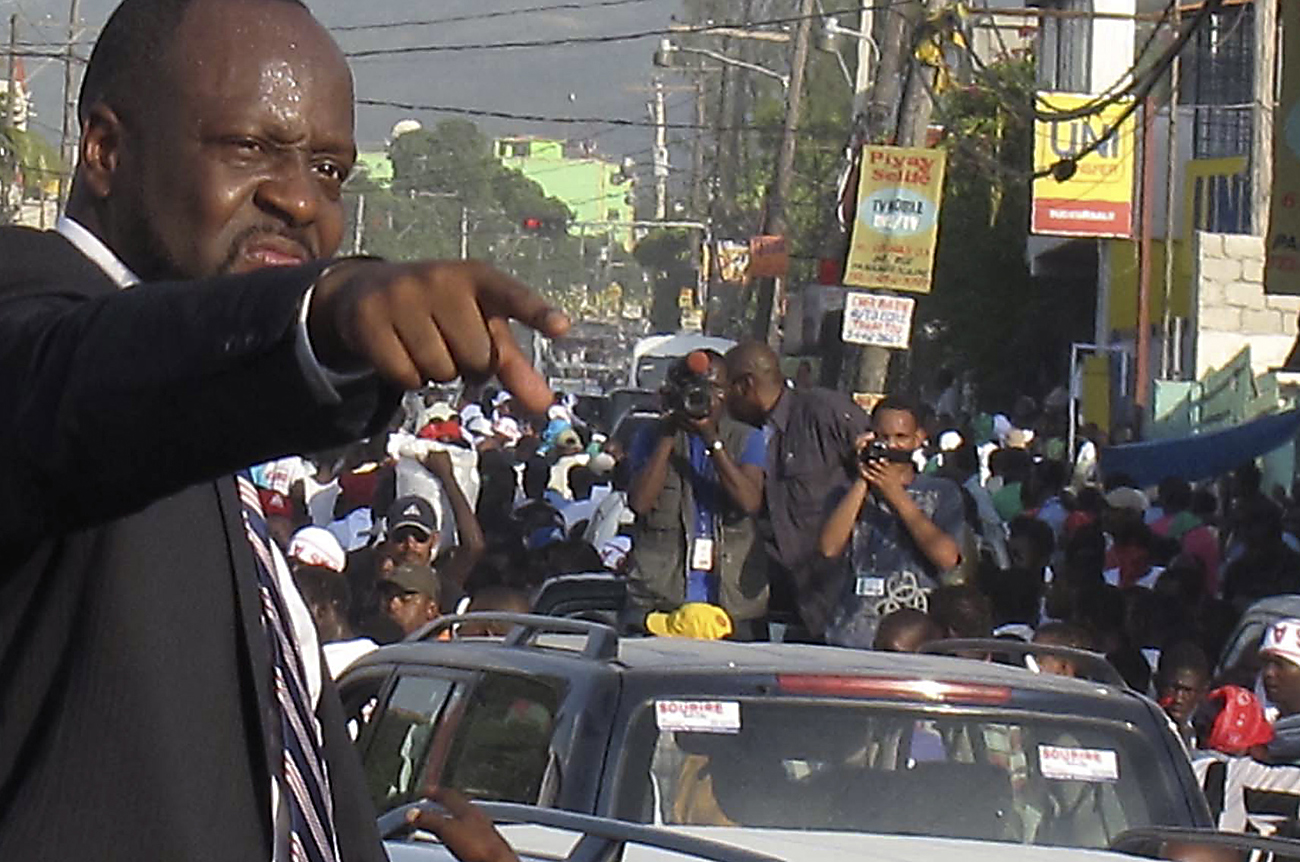 He’s danced with Shakira at the Grammys, reportedly had a romance with Lauryn Hill, and his tracks “Killing Me Softly” and “Ready Or Not” made him a global icon. Now Wyclef Jean is running for president of Haiti - intentions hinted at on a lesser-known album six years ago.

The August 2010 cover story of Esquire, “The Country That Never Was,” focused on Bill Clinton’s attempt to rebuild the leaderless country of Haiti after January’s devastating earthquake. The article also featured a portion of an interview with Haitian-born artist Wyclef Jean and Esquire’s editors were so overawed by Jean’s insights and honesty they decided to run the interview in full on their website. The interviewer’s first question, as it appeared on the site, was,“What changes have you seen in the way people are living in Port-au-Prince since the quake?”

The interviewer said that was a good breakdown of what Haiti had been like before, but what about after the quake?

“One-point-two million homeless,” responded Jean. “There were homes then. No matter what kind of homes they were, they still were homes. Forget the fact that people live in tents these days. Now, no homes. That will catch up to them.”

A few weeks later, on 4 August, Jean, dressed in a suit and tie, addressed a Port-au-Prince crowd after filing papers announcing his candidacy for president of Haiti. At 40, the hip-hop star had decided he wanted to take on the problems of one of the most underdeveloped and politically fractious countries on Earth.

Watch: Wyclef Jean, If I was a President

The story of how he got there is well known to music lovers. Jean’s father, a Nazarene preacher, moved the family to Brooklyn, New York, in 1979. At high school in the US, Jean studied jazz and learned to play the guitar. His breakthrough had its origins in the rap group The Tranzlator Crew formed in 1987, which was to be renamed The Fugees (slang for Haitian refugees) a few years later. With co-members Prakazrel “Pras” Michel and Lauryn Hill, Jean introduced the soft sounds of soul, reggae and Creole to rap’s traditionally hard-edged framework. The group’s second album, 1996’s “The Score”, sold more than 18 million copies worldwide and won a Grammy. The singles “Killing Me Softly”, a cover of the Roberta Flack hit, and “Ready Or Not” catapulted Jean to global mega-stardom.

A solo career followed – it was rumoured that Jean and Hill couldn’t work together after a failed relationship – and his debut album under his own name, “Carnival”, produced the hit single “Gone Till November”. In the ensuing years, collaborating with the likes of Mary J Blige, Missy Elliot and Bono, Jean wouldn’t match his earlier successes, but he would write and produce hits for Destiny’s Child, Whitney Houston and Shakira.

Whether consequence or cause, the musical lull enabled Jean to direct his energies towards a humanitarian career, which began in 2005 with the formation of the Yele Haiti Foundation, an NGO that provides scholarships to Haitian students. Controversy dogged Jean when it was revealed that the foundation had fallen behind on its taxes (there were also allegations that he was using the NGO’s funds for personal expenses), but his reputation survived the scandal. In January 2010 he was a key figure in the earthquake relief effort, raising large amounts of money and personally removing scores of dead bodies from Port-au-Prince’s streets.

On Wednesday, The New York Times’ correspondent in Port-au-Prince reflected the mood of the city on hearing the news of Jean’s latest career move: “The excitement is not only because Jean is admired here, especially by young Haitians, who view his success and continued allegiance to Haiti with pride. His unusual candidacy is also perceived as an intriguing phenomenon that could raise national and international interest in the election.

“None of the other expected candidates to succeed President René Préval, a mild-mannered agronomist, has shaken hips with Shakira at the Grammy awards; none of the others is seeking to engineer a transition from pop star to statesman.”

Older voters seemed less enamoured of Jean’s candidacy, either dismissing the announcement as meaningless or commenting that it was a further reflection of the country’s political bankruptcy. But the fact remains that Haiti’s younger generations are a powerful voting bloc and it’s not at all inconceivable that, come the election results, Haiti will have president Wyclef Jean as its leader.

And that, from Jean’s point of view at least, would be prophetic. As the BBC pointed out, on his 2004 album “Welcome to Haiti, Creole 101”, Jean recorded a song entitled “If I Was President”. Among some of the more ambitious lyrics in the song is the line, “Instead of spending billions on the war, I can use that money to feed the poor”.

Photo: Hip-hop star Wyclef Jean points as he speaks to the crowd before officially registering as a presidential candidate at an office in the Delmas neighborhood of Port-au-Prince August 5, 2010. Jean registered as a candidate on Thursday for Haiti’s November presidential election, in a move that has generated popular enthusiasm in the impoverished earthquake-ravaged nation. REUTERS/St-Felix Evens