Analysis: Cell C, Trevor Noah and the cunning stunt that got everyone talking 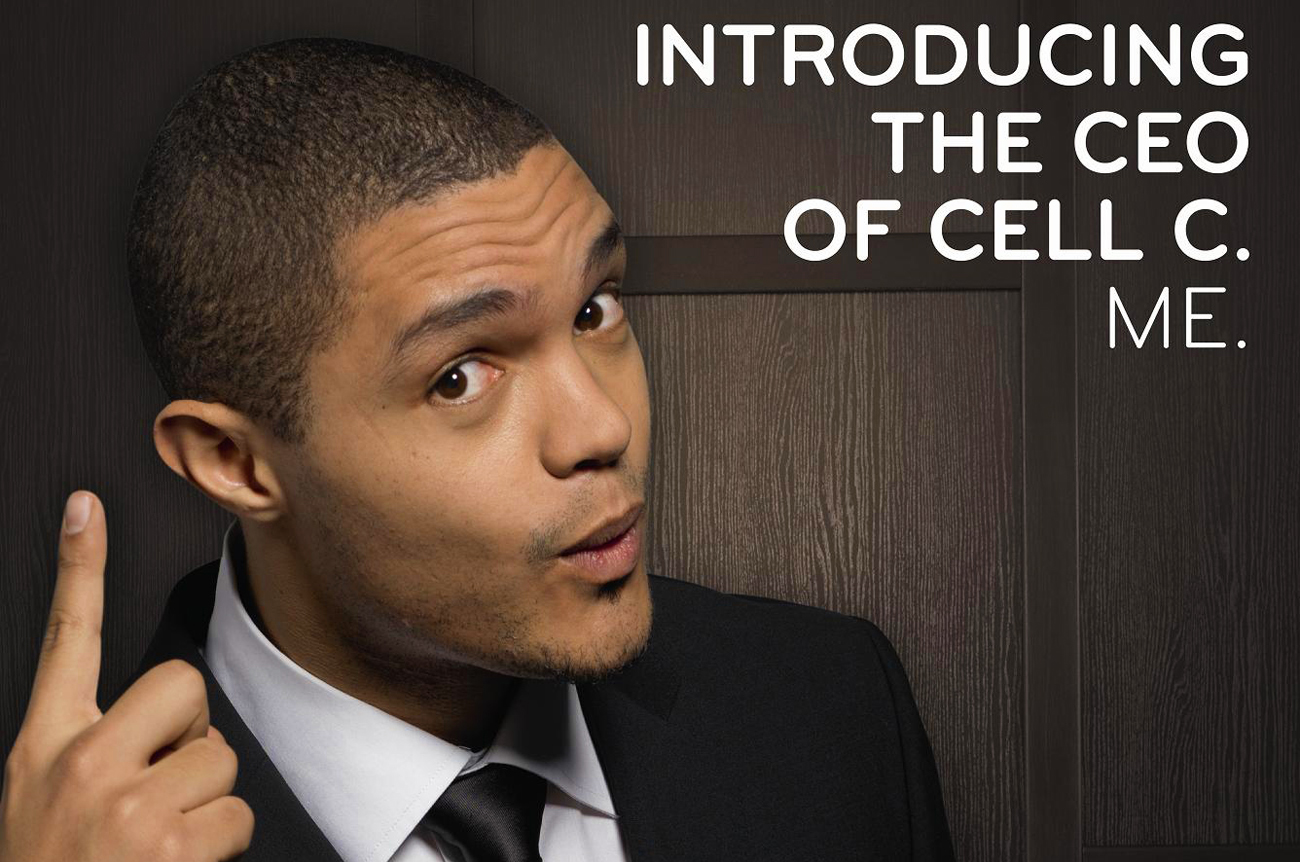 By now you already know the set-up to this joke. On Wednesday 28 July a mysterious Internet user going by the moniker of SABobbyT posted a video clip on YouTube of popular local comedian Trevor Noah going ape about mobile networks in general and Cell C in particular. In just four days Cell C found the offending link, watched it, decided to respond publicly, briefed its big agency (Ogilvy) to swiftly book media space in the Sunday Times and Rapport and to develop an advert apologising to Noah. The ad was created, approved and placed in record time before the advertising print deadlines for the two weeklies closed.

Two “mea culpa”’ full-page adverts signed by Cell C’s CEO Lars P. Reichelt later, and the Twitterverse was abuzz with chat about social media hero Trevor Noah, how he had stood up for the small guy and what swell people Cell C were for coming clean. The story was getting airtime and was reported on by no less than Bloomberg while other media pundits were calling the effort a marketing “master-stroke”.

But there was something funny-peculiar about the story, which was confirmed to The Daily Maverick when, on Monday 2 August, we received an insider tip-off that it was an elaborate marketing scam. We phoned Cell C to speak to Reichelt and were told he was out of the country. The call to his office, however, was conveniently routed to a highly responsive customer care representative. Calls and emails to Cell C’s marketing department requesting response on the matter went unanswered and, despite the fact that Noah’s agent said the comic would respond even though being on set preparing for his new MNet show, there was no word. Late on Tuesday 3 August, TDM was invited to a media junket by Cell C’s spin doctor where, it was announced, “all would be revealed”.

Would Trevor Noah be present? Was Noah’s gag an elaborate marketing ruse? Was Cell C’s apology ad a set up? Our repeated line of questioning was met with a firm and frequent “no comment” from Cell C’s spin doctor who kept stuffing the press conference invitation further down TDM’s throat.

At the junket, a beaming Reichelt did his corporate tap dance and rolled out news of infrastructure upgrades to Cell C’s network. He also unveiled the new Cell C brand which he said reflected the company’s values of “fairness and transparency”.

Needless to say it came as little surprise when Trevor Noah walked into the media junket and was positioned as the mobile network’s new Ralph Nader. Unlike Nader, who committed his life to independent activism and consumer protectionism, the media was meant to understand that Noah was “working with Cell C and not for Cell C”, that he was getting “paid, but not selling out”, and (here comes the punch line) that the posting of his amusing rant supporting consumers against Cell C filmed at one of his gigs and posted online was coincidental and not inspired by cash. Noah said his comedy was pure, unsullied and that he’d never sell his funny-haha to make an extra buck.

However at the press conference, he disclosed that he had a long-standing commercial relationship with Cell C just before the mobile network revealed that Noah is the company’s new CEO (“Chief Experience Officer”) and would be fielding customer complaints in his new role as South Africa’s cellular consumer champion (kindly sponsored by Cell C). Amusing ads featuring Noah with clever copy were unveiled alongside Cell C’s new logo and an Avis-inspired “We’ll try harder” positioning. As the media viewed Noah’s ads and screen grabs for the new consumer champion site www.telltrevor.co.za (also sponsored by Cell C), Noah tweeted: “I’m tweeting in a cell c press conference. Getting grilled by journos. I feel like Zuma right now…but with a matric.”

As this went down Reichelt was at great pains to confirm Noah’s apparent independence. “It is important to understand that Trevor has had a relationship with Cell C for quite some time. As you can see there’s a lot of work that has gone into the rebranding. We looked for someone who comes across as natural and we found Trevor,” said Reichelt, who relayed that while doing training videos with Noah for Cell C the mobile company was amazed by the comedian’s capacity to put in long hours for commercial remuneration. “There’s no way you can steer this man. Trevor works with us. He does not work for us. He is going to be the guy that is going to be very annoying. I already know that,” said Reichelt, vouching for Noah’s neutrality.

Noah joined the “look how at arm’s length we are” floor show by saying: “Lars has never said to me ‘Don’t do this’. There was no briefing. They are paying me to do ads and stuff, and the message that we are getting across is ‘yes, we are changing’. If you ask me a question, my job is not to give a PC answer.”

Of course, the whole blithe song-and-dance act was all in the name of the consumer who will benefit – according to Reichelt and Noah – from Cell C’s reinvention of the cellular category which may ultimately force all local mobile service providers to up their game. Unfortunately for Cell C, the blogosphere and local Twitter users were less impressed. Twitter users slammed Noah as a “corporate sellout” and said consumers felt “conned” by Cell C’s confessional, while influential bloggers opined “Trevor Noah was a Cell C drone all along” and “Cell C the joke is on you”.

They’re right, of course. A Google search of the mysterious SABobbyT shows that someone went to great lengths to get Noah’s comedic cellphone tirade noticed by South Africa’s digerati before Cell C’s apology ad hit the press. Now that Cell C and Trevor Noah have virtual egg on their faces, it may do them well to learn from the experience. Consumer activism lies not in the promise of change, but in its aftermath – it lives all in the doing and not the saying. And, if you seek to manipulate social media users for your own commercial self-interest while declaring yourself to be a consumer activist, don’t be surprised if they get more than a little pissed.