Ariel Dorfman reminds South Africa that it is not different 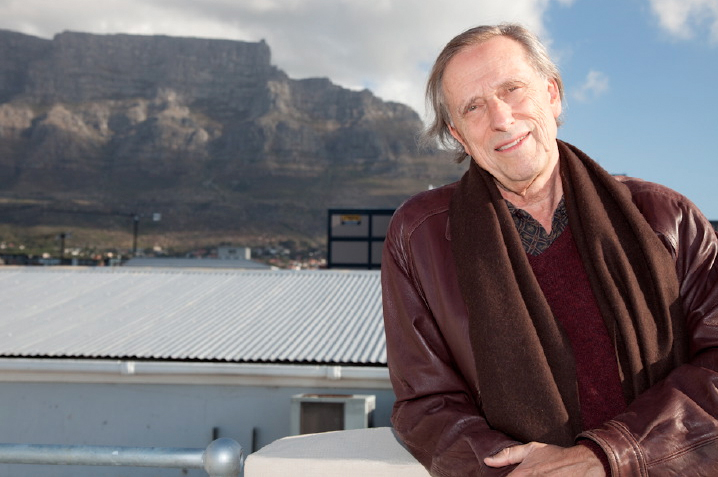 For a few weeks in July, Ariel Dorfman, a Chilean-American human rights activist and an author lauded by Time magazine as a “literary grandmaster,” toured South Africa under the auspices of the Nelson Mandela Foundation to share his thoughts and reflections. Most of our good and great heard him, and what they were left with, besides much else, is that exceptionalism is the dangerous dream of fools.

In October 2001, writing in the political newsletter Counterpunch, Ariel Dorfman offered the citizens of the United States a painful yet profound analysis of the calamity that had just befallen their country. He was referring of course to the events of 11 September, a date the North Americans would now never forget, even if most of them had no idea that this same date had been carved into the collective memory of Chileans in 1973.

Back then, in that “other America” far to the south, General Augusto Pinochet and his band of right-wing military brothers had chosen 11 September as the day on which to depose the democratically elected government of Salvador Allende. The Chilean Navy had captured the port town of Valparaiso at 7.00am on that long-ago morning, and by 8.00am the Army had taken control of most of the radio and television stations in Santiago. By early afternoon, after citing his constitutional obligations and refusing to surrender, Allende was laid out amongst the dead at La Moneda, the presidential palace.

The day would be a harbinger of worse to come – over the ensuing months and years, Pinochet’s people would torture and kill tens of thousands of their countrymen, denying them a burial and purposely not acknowledging their deaths, thus leaving a legacy of “los desaparecidos” (disappeared ones) to haunt Chile for decades.

Dorfman, as he makes clear in his memoir Heading South, Looking North, should have been counted with the disappeared. He was meant to be working at La Moneda on that fateful morning – a committed socialist, the young writer had taken a job as a mid-level functionary in Allende’s government – but by some strange twist he’d asked a colleague to fill in for him. When he heard about the coup, he decided as a gesture of solidarity to walk to the palace gates anyway, but a powerful intimation made him turn back. While on the run he watched television footage of his books being destroyed, but, as the man who wrote them, he was ordered by his superiors to leave the country and avoid the same fate.

So when Dorfman, having lived for years in exile in the United States, suggested in October 2001 that there were strong parallels between the still recent al-Qaeda attacks on the Twin Towers and Pinochet’s attack on La Moneda 28 years before, he knew what he was talking about. He wrote in Counterpunch of relatives clutching photographs of their beloved “missing” and wandering the streets of New York, just as the relatives of the desaparecidos had done in Santiago in 1973. He wrote of the phrases that echoed the disbelief of 1973, muttered sentences like, “This cannot be happening to us,” and, “The world will never be the same.” He wrote of the “commensurate disorientation”.

And yet Dorfman did not write about, did not even allude to, the well-established fact that Nixon’s administration and the CIA had backed Pinochet’s coup, and that therefore there may have been a deep irony in the confluence of dates. Instead, he wrote this: “What has come to an explosive conclusion, of course, is (North) America’s famous exceptionalism, that attitude which allowed the citizens of this country to imagine themselves as beyond the sorrows and calamities that have plagued less fortunate peoples around the world.”

Almost nine years later, when Dorfman arrived in South Africa to give a series of talks in the lead-up to the eighth annual Nelson Mandela Lecture, the subject of exceptionalism – the idea that “this can’t happen to us,” that “we’re special” – would be a key subtext in his message.

He mentioned it first, perhaps, at the Suspect Reconciliation panel discussion hosted by Professor Njabulo Ndebele on 23 July, in which I was fortunate enough to participate. After hearing us out (myself, Niq Mhlongo, Henrietta Rose-Innes, Thando Mgqolozana and moderator Victor Dlamini), he opened his response by stating that it was his intention to disturb the discussion. He briefly invoked the comparative processes that had occurred in Chile and South Africa, indicating that he’d be talking about these processes in more depth during the lecture proper, and then he said: “We’ve had a revolution. You haven’t had one. You haven’t been able to remake yourselves.”

Exceptionalism? If so, this wasn’t something the panel or the people in the audience – which included Antjie Krog, Mamphela Ramphele, Imraan Coovadia and Damon Galgut – were hearing for the first time. The room had gathered to shatter the twin South African myths of miracles and rainbows, to complicate them, and there was nothing new in the implied observation that we’d avoided the bloody civil war which so many had predicted for us. But there was something new in the attendant observation; the proposal that our lack of a revolution stood against us, meant we were hamstrung, held captive in a transitional space where the past could not be cleansed or transcended and the future remained compromised, almost closed.

It was new because it had come from the mouth of a man who had survived a revolution, who was at the same time at the wrong and right side of one, who after all these years still lived and breathed the consequences and benefits of one. In his explanation, Dorfman employed the concept of “rekening” as a metaphor, the Dutch word for “bill,” remembering a meal he once ate in an Amsterdam restaurant. “When you pay, you reckon. You go over the past to find out what you ate. The bill comes and you say, ‘Did I have that mousse?’ The counting is the coming to terms with what you’ve done. Or not.” The allegory was subtle yet precise: our exceptionalism is dangerous to the degree that it absolves us of the need to pay.

Still, Dorfman is anything but an eye-for-an-eye man. In the 2010 Nelson Mandela Lecture, given on 31 July at the Linder Auditorium in Johannesburg, he dealt with the concepts of reconciliation and memory, using a series of narrative examples to drive home his message. The second example he used was from Chile in 2006, when Pinochet was hospitalised for a stroke that would shortly end his life. Dorfman, as part of a documentary on his book Heading South, Looking North, visited the hospital so that the crew could film him. He showed the South African audience a clip from the documentary.

We see the writer and activist at the back entrance of the hospital, talking to a group of journalists. A young woman walks past, cutting across the frame. “Dirty communist,” she says. Dorfman’s reply is measured, non-aggressive. “Why are you attacking me, ma’am?” he asks. “I haven’t done anything to you.” Curious, he follows the young woman around to the front entrance of the hospital, and finds the source of the attack: a crowd of women mourning the dying Pinochet. The ringleader is a chubby older woman, lips smeared in thick red lipstick. There are tears running down her face, and she’s holding a portrait of her beloved Generalissimo. Dorfman, appalled and yet paradoxically moved by the woman’s misery, approaches her. He tells her how he had mourned Allende, and that he therefore sees why it is now her turn to mourn. He says, however, that he also wants her to understand how much pain there has been on the other side.

When the clip ended, Dorfman returned to his written address and the 1,200 people in the audience (which included, this time, the likes of Kgalema Motlanthe, Nadine Gordimer, George Bizos, Graca Machel, Naledi Pandor, and the king from Cote d’Ivoire). He said that the sequence he had just shown had attracted vehement criticism in Latin America. How, people asked, could he do it? What was he thinking? He explained that while he had been “possessed,” overcome by the woman’s misery, his act nevertheless needed to be interrogated. He was not, he stressed, offering reconciliation or forgiveness to the “Pinochetista fanatic” – because there was simply no evidence of remorse. What had instead happened, he suggested, was a “gentle interlude,” the opening of a minimal space for minimal understanding.

Then he said the following: “It is also true, however, that far too frequently those magical instances when adversaries meet and reach at least a pact not to resort to carnage to impose their points of view, far too frequently those moments close just as abruptly as they open and we often find ourselves yanked back to where we began. I can shatter that wall, open a splinter in time and reside there for the snap of a minute, but there will be no further progress unless the other side, people like that woman who insulted me, like the woman who is closeted in her anguish over the impending death of a tyrant, there will be no real improvement of the social environment unless people like them, like the soldiers who raided the shanty-towns in Chile, like those who profited from the suffering in South Africa, manage to take a step of their own, realise that to admit their own complicity in the crimes is a way of liberating themselves from their own prejudices or hatred forever.”

And if they don’t? If they don’t, Dorfman was implying, then South Africa will see how much like the rest of the world it actually is. He had already outlined the close ties between the Chilean military junta and the apartheid government, the friendship between Vorster and Botha and Pinochet, the sharing of gifts and weapons and teargas canisters. He had spoken about the year 1976, when the Soweto riots were happening in one country and thousands were “disappearing” in the other. He was saying, indirectly, that the similarities were greater than the differences; irrespective of the race question, in Chile, as in South Africa, the oppressor had acted to protect his material interests.

Most simply, though, Dorfman was talking about fear – the fear of reaching out, of being mocked, of looking weak, of acknowledging complicity, of trusting the other. “That may be the central plea of this lecture,” he said. “That if we do not trust one another, we shall all die.”

Read more: Dorfman on 9/11 in Counterpunch, Dorfman responds to the panelists at the Suspect Reconciliation debate, via BookSA, Text of the Eighth Annual Nelson Mandela Lecture, 2010.